North Korea has announced it will seize five South Korean-run facilities at its Mount Kumgang resort. The move comes amid mounting tensions between the two sides over the sinking a South Korean warship late last month. 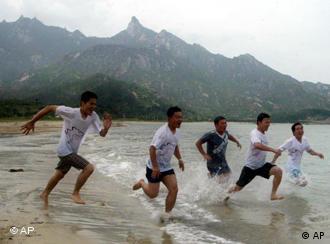 North Korea's official KCNA news agency reported that the five assets would be taken over by the government or new business partners.

The facilities to be confiscated include a fire station, a duty free shop and a family reunion centre owned by South Korea's Red Cross. In addition, the North says it will also freeze all the other South Korean facilities and expel the staff members.

The move comes in response to the suspension of tours to the Mount Kumgang resort by South Korea, the North Korean official news agency said. "The situation has reached such an extreme phase that it is at the crossroads of a war or peace.

"It is quite natural that we can no longer show generosity and tolerance to the South side under this situation." 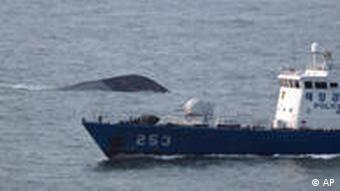 Tours to the Mount Kumgang resort, which earned Pyongyang tens of millions of dollars a year, were suspended in 2008 after a North Korean soldier shot and killed a South Korean tourist near the area.

Seoul demands that Pyongyang first holds a joint investigation into the killing of the South Korean tourist and guarantee the safety of the future tourists.

Escalation after sinking of warship

The latest spat comes as tension between the two Koreas has escalated, following the sinking of a South Korean warship on 26 March after a mysterious explosion. At least 46 sailors were killed when the Cheonan went down in the Yellow sea near the North Korean border.

There were speculations in the South that North Korea's submarines had attacked the ship with a heavy torpedo, though Seoul has not directly accused the North.

The North has denied any involvement and accused Seoul of linking it to the incident 'deliberately'.

A Korean film about a forgotten massacre

Not many people have heard of the alleged massacre that took place in the South Korean village of No Gun Ri. Now a new South Korean film is depicting the incident. (19.04.2010)

Experts skeptical of success as US attempts engagement with North Korea

The US has sent its special envoy to North Korea to try and restart six-party talks designed to halt Pyongyang's nuclear progress. Experts believe that even a pressing need for aid won't persuade Pyongyang to concede. (07.12.2009)

US President Barack Obama wrapped up a four-nation tour of Asia on Thursday. Issues ranging from trade to nuclear disarmament were on his agenda while meeting with Asian leaders, including his South Korean counterpart Lee Myung-bak, whom he met on Thursday. (19.11.2009)