North Korea released photos after what it says was a successful ballistic missile test. It is the seventh launch this year, making January the busiest ever for the country's missile program. 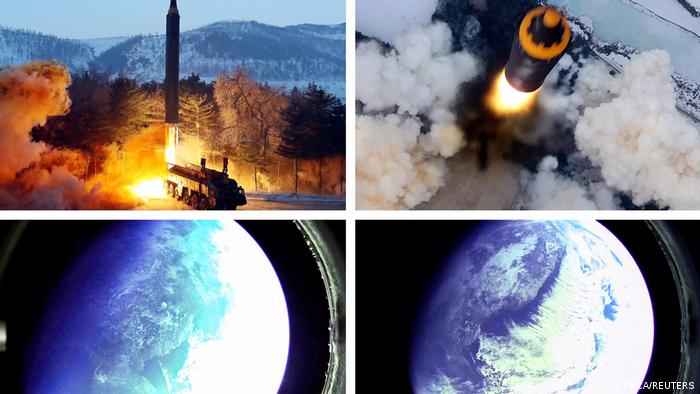 North Korea confirmed on Monday it had tested a Hwasong-12 "mid-range ballistic missile" on Sunday, according to state news agency KCNA, and released photos purporting to show a successful test launch.

North Korea said the missile was launched toward the waters off its east coast and on a high angle to prevent it from flying over other countries.

KCNA reported that the purpose of the test was to verify the overall accuracy of the missile.

What did South Korean and Japanese authorities say?

The South Korean and Japanese government  were the first to report North Korea's test Sunday.

South Korea's joint chiefs of staff reported that a projectile believed to be a single missile was launched at around 7:52 a.m. local time (2252 UTC) from North Korea's northern Jagang province.

Later on Sunday, the joint chiefs of staff reported that the projectile had been identified as a medium-range missile that had flown 800 kilometers (circa 500 miles) toward the open sea, reaching a maximum altitude of 2,000 kilometers.

The Hwasong-12 is a nuclear-capable ground-to-ground missile. It has a maximum range of 4,500 kilometers if fired on a standard trajectory.

The reported flight details make it the most powerful missile North Korea has tested since 2017, when the country launched Hwasong-12 and longer-range missiles.

Japan's coast guard issued a maritime safety warning, but there were no immediate reports of damage to boats or aircraft.

North Korea has intensified weapons testing recently in the face of stalled diplomacy with the United States.

In a ruling party meeting chaired by Kim Jong Un on January 20, North Korean officials discussed resuming nuclear and long-range missile tests. North Korea has been observing a self-imposed moratorium on these tests since 2017. 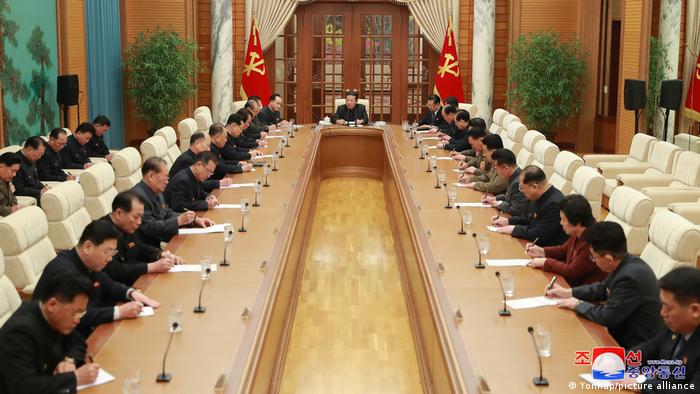 North Korea also flight-tested two purported long-range cruise missiles on Tuesday, which it is not barred from testing by United Nations sanctions.

Leif-Eric Easley, a professor at Ewha University in Seoul, told the AP news agency, "North Korea is launching a frenzy of missiles before the start of the Beijing Olympics, mostly as military modernization efforts."

"It wants to remind Washington and Seoul that trying to topple it would be too costly," he added.

The US called on North Korea to refrain from further destabilizing acts, the US Indo-Pacific Command said in a statement.

The statement said the command assessed that the test did not pose an immediate threat to US territory, personnel or allies.

South Korea's national security council condemned the launch as a violation of the resolutions and a challenge to international peace efforts.

Japanese government spokesperson Hirokazu Matsuno said, "The ballistic missile launch and the ones before it are a threat to our country, the region and the international community."

"This series of launches violate UN resolutions and we strongly protest this action by North Korea," Matsuno added.

North Korea accuses US of 'provocation' amid sanctions

Pyongyang is angered by new US sanctions, which were in response to missile tests. North Korea also fired more projectiles after claiming Washington was using "gangster-like logic."

North Korea started the year by testing its latest high-tech missile. But analysts say Pyongyang is now more likely to tread lightly with its weapons testing, so as not to draw more international pressure.