North Korea revels in re-defections from the South | Asia| An in-depth look at news from across the continent | DW | 07.02.2013

North Korea revels in re-defections from the South

Disillusionment with life in South Korea seems to have prompted a number of defectors from North Korea to return. Human rights activists suspect Pyongyang is putting pressure on them to come back through family members. 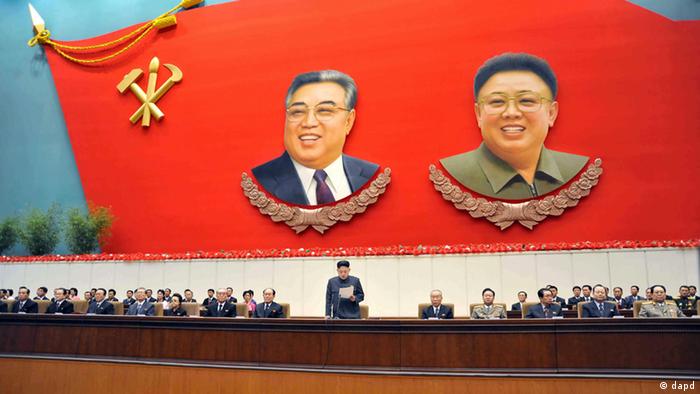 In a series of carefully choreographed press conferences under the watchful gaze of portraits of Kim Il-sung, the man lauded in North Korea as the founder of the nation, and his son and heir, Kim Jong-il, eight North Koreans have poured their hearts out to their compatriots and begged for forgiveness for their actions.

Their comments, reported faithfully by the state-run Korean Central News Agency, tell of their misery in the South and the moral decay they witnessed in the capitalist society. The similarly conclude with a plea to be permitted to return to their lives and families in North Korea.

The speeches appear to be heartfelt, but the closed nature of North Korea means it is impossible to ascertain whether people like Kim Kwang-ho, Kim Ok-sil and their 10-month-old daughter were being completely honest when they appeared before the press and government officials in late January. 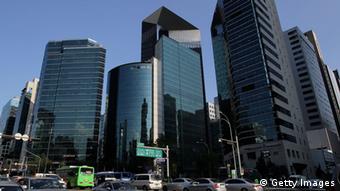 "South Korea is a really dirty place," Kim Kwang-ho said. "We could not live any longer in such a violent world, filled with fraud, threats and devious plots."

Kim, 37, said he had crossed the border into China in August 2009 with his then-fiancée in search of money and had been talked into going to Seoul by "stooges of the South Korean Intelligence Service," KCNA reported.

He claimed South Korea is a "society where money is almighty and an evil society full of extreme individualism and misanthropy."

Kim Myong-chol, the executive director of the Tokyo-based Center for North Korea-United States Peace, who is also the spokesman in Japan for the North Korean regime, agreed that life in South Korea was "miserable" for defectors.

"There are increasing signs of disillusionment in South Korean society among these so-called defectors," Kim told Deutsche Welle. "There are studies that show as many as 40 percent of the people who left the North now want to leave the South and go to another country."

Kim admitted, however, that most want to settle in Canada, the US or Britain. 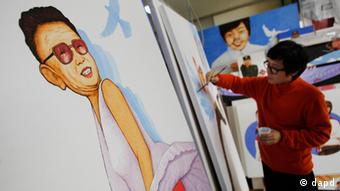 Almost 25,000 North Koreans have defected to South Korea since 1998

"The biggest factor for them in South Korea is the discrimination that they face every day," he said. "They are singled out when it comes to jobs, marriage, education opportunities.

"These people were lured away with the promise of better economic conditions, but the situation in North Korea is getting better every day now and is far better than anyone in the West can imagine," he said.

"They also learn very quickly that South Korea has no pride as a nation and the people there are just slaves of the United States," Kim added.

Kim also claimed that the handful of people who have opted to return to North Korea had not been punished but "welcomed with open arms and are able to see their families again."

It is this mention of families that sets alarm bells ringing with human rights activists.

There are reliable reports that North Korea's extensive network of prison camps holds as many as 200,000 people deemed hostile to the regime.

A new report by the National Human Rights Commission of Korea in Seoul suggests that the majority of inmates were caught attempting to flee the country in search of food or work, instead of being incarcerated for their political beliefs. Tellingly, the extended families of defectors can expect to be rounded up if a relative makes it to freedom in the South.

"We have had reports that North Korea is searching for people who have disappeared from their homes and managed to get into China," said Ken Kato, a Tokyo-based human rights activist. "They can then exert strong pressure on the defectors to return or their families will be sent to the gulag or killed outright."

"We have also heard that some of these 're-defectors' are actually some of the hundreds of agents who have been sent to the South by the regime in Pyongyang and are simply returning to their masters, but they want to get some propaganda value out of it," he added. 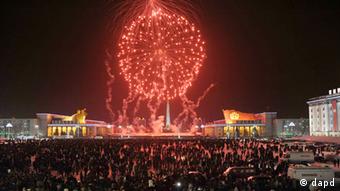 There was a decline in the number of defectors leaving North Korea last year, primarily a result of enhanced measures on the border to prevent people leaving. Some 1,500 North Koreans arrived in the South in 2012, down from more than 2,700 the previous year.

In total, 24,613 North Koreans have settled in the South since 1998, according to the Unification Ministry in Seoul.

The eight that have opted to return to North Korea are a tiny fraction of the total and while South Korean officials have expressed disappointment that they chose - either through coercion or genuine unhappiness in the South - to return, but they point out that at least they had the freedom to make that choice.