Days after a state memorial for late leader Kim Jong Il, North Korea has warned "foolish politicians" that there will be no policy change. 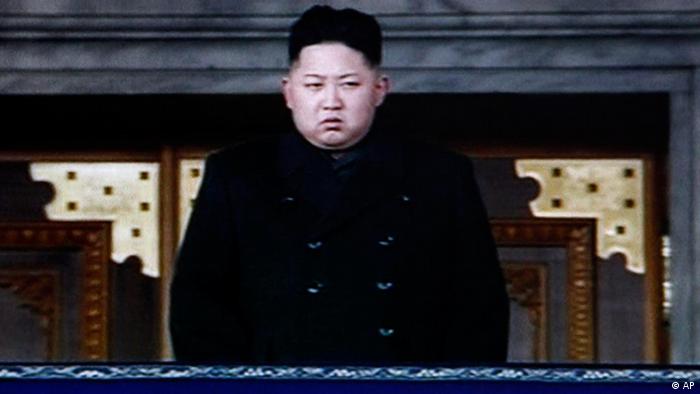 The new Great Leader has squashed hope of reform

In a move to further consolidate North Korea's dictatorship, Pyongyang announced Saturday it had bestowed yet another title on new leader Kim Jong Un: supreme commander of the military.

Kim Jong Un, son of deceased leader Kim Jong Il, should be the "only center of unity, cohesion and leadership" of the Workers' Party, North Korean state media said, adding that the country should uphold Kim Jong Il's military-first politics.

The decision was reached at an unannounced Friday meeting of the powerful Political Bureau of the Central Committee of the Workers' Party, one day after Kim Jong Il's memorial ended.

Kim Jong Un had already been declared the country's "supreme leader" on Thursday, as the nation concluded 13 days of mourning for his father.

Meanwhile on Friday, North Korea warned the "world's foolish politicians" that there will be no policy change towards South Korea, or on the North's nuclear program, as its new Great Leader Kim Jung Un takes power after his father's death.

"We solemnly declare with confidence," said the National Defense Commission (NDC) in a statement, "that the South Korean puppets and foolish politicians around the world should not expect any change."

And it said it would "never deal with the traitor group of Lee Myung-Bak," the South's president. 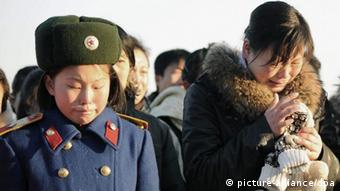 But adding confusion to an otherwise tough line, the NDC said it would "continue to push hard towards the path of improved relations."

Earlier this week, in a two-day ceremony in Pyongyang, North Koreans bid farewell to their leader of 17 years, Kim Jong Il, on Wednesday and Thursday.

The ceremony was seen a first test for his youngest son and successor, Kim Jung Un, who is considered inexperienced, and has inspired western analysts to express uncertainty and question what his tenure holds.

Inter-Korean ties have been cold since February 2008 when President Lee took office and linked future economic aid to the North with progress towards its nuclear disarmament.

President Lee made a point of breaking with his country's unpopular Sunshine Policy towards the North, offering a tougher line than the one presented by his predecessor, Roh Moo-hyun.

Since then, relations have deteriorated further. 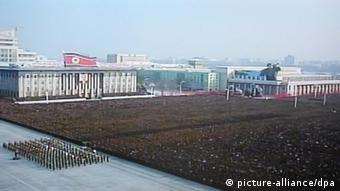 The sun hasn't shone on Inter-Korean ties since 2008

Pyongyang has repeatedly been accused of provoking Seoul with long-range missile tests. And in 2010, it was also accused - by Seoul and others in the international community - of having torpedoed a South Korean naval vessel, killing 46 sailors. It denies involvement.

In the same year, the North justified its shelling of the South's Yeonpyeong Island by saying it had been provoked by a live-fire exercise, conducted jointly by the South and the United States near the two Koreas Yellow Sea border.

It was the first direct act of aggression since the Korean Civil War.

Technically, the two Koreas remain at war because a peace deal was never formally agreed.

Kim Jung Un's succession as has raised fears that the regime may plan to reassert its power with a new act of aggression.

The late Kim Jong Il's son Kim Jong Un was hailed as North Korea's new "supreme leader" Thursday as the funeral for the dead dictator went into a second day, with tens of thousands of people still gathered in Pyongyang. (29.12.2011)

As North Koreans lined the streets of the capital at the start of a two-day funeral for their "Dear Leader" Kim Jong Il, region powers are asking what his son and "great successor" will do for the isolated state. (28.12.2011)

An ex-First Lady and a leading businesswoman were the most prominent members of a South Korean mourning delegation to visit Pyongyang after the death of Kim Jong Il. They also briefly met North Korea's new leader. (27.12.2011)