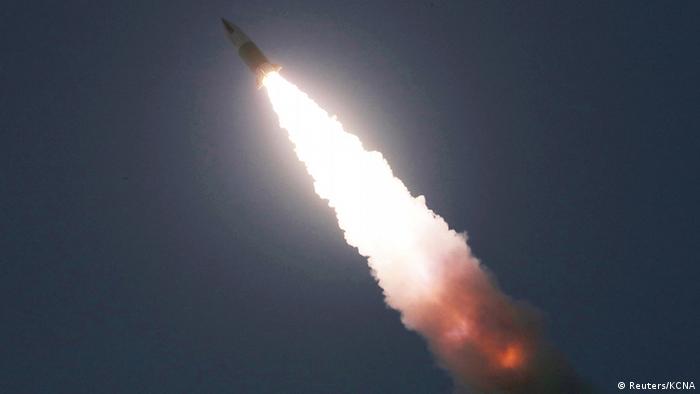 The two projectiles were launched from the coastal Wonsan area, and flew 230 kilometers (143 miles) at a maximum altitude of 30 kilometers (19 miles), South Korea's Joint Chiefs of Staff said in a statement.

They also sharply criticized Pyongyang's decision to carry out the launch — particularly in light of the ongoing coronavirus pandemic.

"Such military action by North Korea is an extremely inappropriate act when the entire world is having difficulties due to the COVID-19 outbreak," South Korea's Joint Chiefs of Staff said.

If the projectiles used in the North Korean launch are confirmed to be ballistic missiles, it will be the fourth missile test this month. Japan's Defense Ministry that early indications point to the launch of "ballistic missile-like objects."

The US and North Korea continue to be deadlocked in negotiations over ending Pyongyang's development of nuclear weapons.

Ex-North Korean to run for office