After speculation of a "man-made" earthquake, North Korea has confirmed its first "successful" hydrogen bomb test. The announcement could fuel fears over Pyongyang's efforts to build a warhead capable of reaching the US. 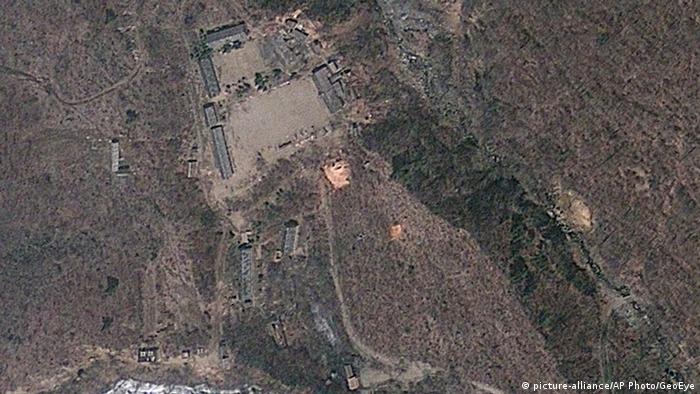 A North Korean newsreader announced the test in a state television broadcast on Wednesday. The news came just hours after several monitoring agencies detected a 5.1 magnitude tremor, close to the Punggye-ri site where nuclear tests have been held in the past.

"The republic's first hydrogen bomb test has been successfully performed at 10:00 a.m. on January 6, 2016, based on the strategic determination of the Workers' Party," the newsreader said.

A hydrogen, or thermonuclear device, uses fusion in a chain reaction that results in a far more powerful explosion than the fission blast generated by uranium or plutonium alone.

The statement went on to say that Pyongyang said it will not give up its nuclear program while the US still maintains what it called "its stance of aggression."

The artificial earthquake was registered by the China Earthquake Network Center at 9:30 a.m. Beijing time (0130 UTC) on Wednesday.

According to the US Geological Survey, the epicenter of the quake was in the northeast of North Korea, some 50 kilometers (30 miles) northwest of Kilju city, directly next to the Punggye-ri nuclear test site.

Speaking to reporters, he said that Japan "absolutely could not tolerate North Korea's nuclear testing," adding that his nation would take a "firm response."

North Korea has conducted three nuclear tests in the last 10 years, the most recent of which was in February 2013. All of the weapons were atomic bombs, which can be made of plutonium and uranium.

The latest test is now likely to reignite fears over Pyongyang efforts to build a warhead, small enough to be mounted on a missile and capable of reaching the shores of mainland America. In the past, North Korean officials have threatened to target the US mainland and destroy South Korea in a "sea of flames."

After touring a weapons factory last month, Kim praised his country's nuclear arsenal, saying that his grandfather, Kim Il Sung, had turned North Korea into a "powerful nuclear weapons state ready to detonate a self-reliant A-bomb and H-bomb to defend its sovereignty and the dignity of the nation reliably."

Kim's claims that the country already had a H-bomb were met with skepticism by international onlookers, however.

Pyongyang has said it is ready to initiate peace talks with South Korea. However, Seoul would need to refrain from any acts disturbing the "conciliatory atmosphere," Kim Jong Un said. (01.01.2016)