Pyongyang called the purported turnout a sign of the "single-minded unity" of its people. Voters are only allowed to select "yes" or "no" to a single candidate already chosen by the ruling communist party. 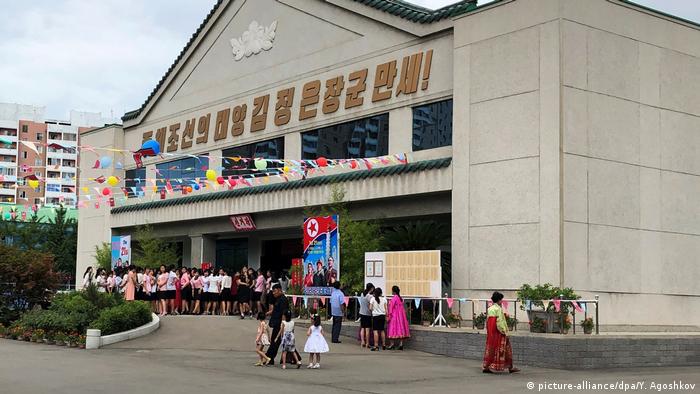 North Korea claimed on Monday that nearly 100 percent of eligible voters had gone to the polls for city, provincial, and district elections that were held over the weekend. The electorate does not get to chose between candidates, but rather give a "yes" or "no" vote to candidates approved by the state.

"According to data available at the Central Election Guidance Committee, 99.98 per cent of electors participated in voting, except those on foreign tour or working in oceans," state-run news agency KCNA reported.

British Ambassador Colin Crooks scoffed at the idea that the vote was somehow a fair vote, writing on Twitter: "One candidate for each seat and one name on each ballot paper."

Most North Korea observers believe that the sole purpose of the show elections, which happen every four years, is to strengthen the appearance of unity between the general public and Workers' Party leadership.

Indeed, the official newspaper Minju Joson wrote that everyone should vote in order to "positively contribute to consolidating the state and the social system as firm as a rock."

The regime ofleader Kim Jong Un, who himself ran in a rubber stamp election for the legislature in 2014, has hailed the high turnout as a sign of "single-minded unity" to glorify the "Korean-style people-centered socialism."

Kim himself made a show of casting a vote in North Hamgyong province, the northernmost region in the country.

North Korea fired two short-range missiles on in its second test in under a week. The United States said it seized a North Korean cargo ship as tensions again mounted between the two countries. (09.05.2019)

Defectors call for tourists to steer clear of North Korea

Critics say Pyongyang only wants to indoctrinate visitors and take their hard cash, but travel firms argue that enabling North Koreans to interact with foreign tourists opens their eyes to the world beyond their borders. (24.06.2019)

Australia's prime minister said Alek Sigley was "safe and well" after being released from North Korea. It was the first time an official confirmed the 29-year-old had been detained since he went missing last week. (04.07.2019)