TV / Made in Germany
Advertisement

Pinstripes off, overalls on! Made in Germany is sending Germany's top economists out into the field to get their hands dirty. 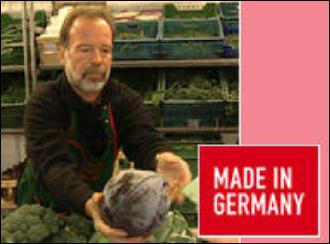 The experts are finally going to have to put their money where their mouth is. And you get to vote - Who is Germany`s "Economist of the Year"? 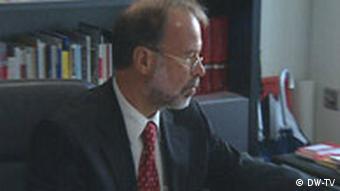 The Frankfurt headquarters of Deutsche Bank, Germany's largest financial institution. Norbert Walter, the head of the bank's economists, has been working here for the past 15 years. He has no trouble understanding the intricacies of interest rates, exchange rates and the economy. 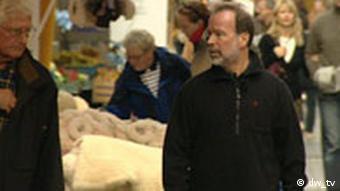 But today he's leaving his suit at the office. Norbert Walter's going to take a hands-on approach to economics at the Schecker fruit and vegetable stand, one of the oldest vendors at the Schiller Market in Frankfurt. 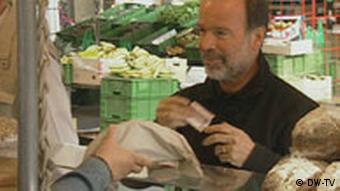 Norbert Walter believes Germans just don't understand the art of selling. So he wants to show us how it's done. 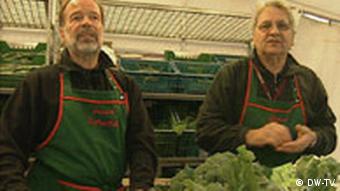 Now it's time to get to work. As they say, practice makes perfect. Not bad: 3 euros and 90 cents for his first transaction. "I feel good. But that's not really a surprise. My father was a travelling salesman. It's in my blood to be interested in business. But I also have a handicap, because this woman is a much better salesperson than I am." 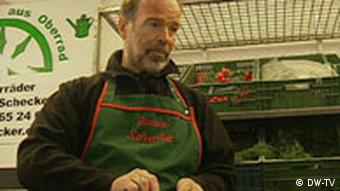 For Norbert Walter providing customer service means complying with all the demands of a customer and there's no room for complaining. An economist under a lot of stress. Few people would recognize him. "Here it's not just a matter of adding and subtracting. It's also hands-on. And that makes a difference. Communicating is then easier when you have to talk about abstract things. You can come with much better examples." 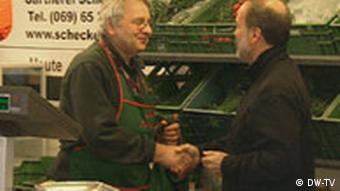 It's time to go. During the one hour adventure Walter posted sales of 30 euros. That's about average at a fruit and vegetable stand. It also shows that doing business isn't always as easy as it looks.

Norbert Walter relates his experience about selling fruits and vegetables:

I particularly like to focus on tasks that I feel are important but neglected. Germany is good at inventing things and at systematic production, but lags behind when it comes to marketing and is lousy at selling things. Instead of all talk and no action, I was really happy about the idea of working as a vendor at the Schiller Market. As an economist, I'm in a profession that offers little hands-on work and the results of our efforts aren't known until much later. Usually they can only be measured very indirectly.

Changing roles to take on a concrete, hands-on job where I got my hands dirty and experienced the immediate gratification of change clinking in the cash register did this pencil-pusher a lot of good. I was surprised at how surprised passers-by were when they recognized me. They obviously never thought they'd find a man from the office towers selling vegetables with the Italians and pushing customers to buy a few more red beets. That I do this regularly for the Lions Club -- namely serve clients at our morning jazz get-togethers -- is something only the citizens of Bad Soden know.

The toughest part was concentrating on giving the right change when selling herbs at the salad stand, because the chief economist really can't afford to make mistakes in arithmetic. My stint at the stand -- almost two hours -- just flew by. I could have kept going. My wife, who's the best salesperson in the family, iswatching me from a safe distance. Wisely, she makes no comment on these escapades.