Germany's future transatlantic coordinator Philipp Missfelder says it would be a setback if the No-Spy Agreement didn't come about. But the agreement wouldn't answer all the questions either. 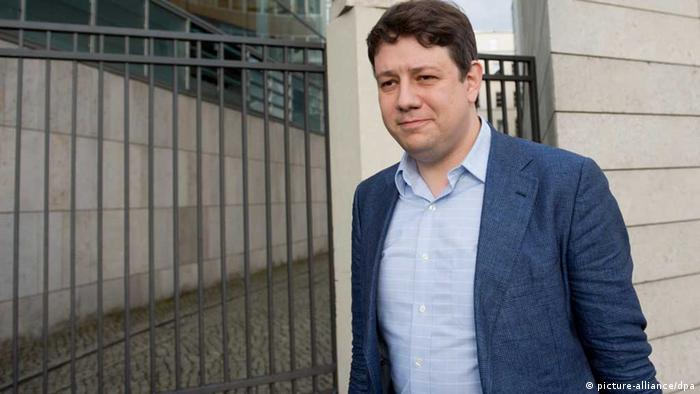 In the wake of the NSA affair, Germany and the US have begun talks to find an agreement on the activities of their spy agencies. In November 2013, the minister responsible for the German intelligence agencies, Ronald Pofalla, said that negotiations on the so-called No-Spy Agreement were going well, but the Süddeutsche Zeitung newspaper and state TV network NDR have reported that the talks are close to breaking down.

Deutsche Welle: Does this latest development mean there is no reason to assume that US spying activities will cease?

Philipp Missfelder: The agreement has not yet really collapsed. It's too early to say that for certain. I'm convinced that it would be a setback for our cooperation with the US if the agreement did not come about. In principle, I welcome the No-Spy Agreement, but let's not deceive ourselves: even if a No-Spy Agreement were to be signed, there would still be many unanswered questions. The principles governing how data is exchanged are a very difficult issue. And we would have to be certain that any such agreement would actually be kept.

Isn't it naïve of the Germans to believe that the US would seriously restrict its activities in Germany, or even give them up?

I think the US needs to see the damage all this activity has done, and how much trust has been lost in Germany. As allies, we can't allow ourselves a situation like the current one to continue for long - and that doesn't just apply in the case of Germany, it applies to many others among America's partners.

Does that mean that the United States has to commit to greater self-restraint in the future?

The same self-restraint is also being discussed very intensively in the US - the discussion there is even livelier than it is here. That's why it's clear that we have to try to maintain the transatlantic partnership and friendship. But the gap which has emerged between us has to be closed again.

How should the gap be closed? Without the agreement, little will have changed - the US continues to treat its allies like potential enemies.

No, that's not the case. Some of the American agencies have a questionable understanding of their role, but America treats us as a friend and we are still friends and nothing will change that. It's just that some of the agencies have shifted the balance in a direction which does not fit with US' political conceptions. The fact is: the US is very helpful to us in many things, such as Germany's domestic and international security - in the fight against terror, or with regard to cooperation in such things as international military operations. Afghanistan is one example, the resolution of the conflict in the former Yugoslavia is another. We remain good friends and want to remain good friends. But the friendship has been damaged by the fact that the agencies have taken what they wanted without asking.

But now it looks as if it's the US that is not prepared to make concessions. It seems that the US fears setting a precedent, since other countries could come and make similar demands. Should one take account of US interests?

I don't accept those arguments. We want this agreement and we will continue to make efforts to achieve it.

Philipp Missfelder is the new German government's designated coordinator for transatlantic relations. He's a member of Angela Merkel's Christian Democrat Union in the German parliament and its spokesman on foreign affairs.

German media blast US 'No' to no-spy agreement

After last year's media outrage was appeased by the prospect of a no-spy pact, recent reports that US-German talks are unlikely to lead to binding promises on the US side have once again stoked the German media fire. (14.01.2014)

Brent Scowcroft is one of Washington’s most renowned security experts. In an interview with DW, the former security adviser under Presidents Ford and Bush senior analyzes the current challenges. (11.01.2014)