No more smuggling Kinder Eggs into the US | Business | Economy and finance news from a German perspective | DW | 30.06.2017

No more smuggling Kinder Eggs into the US

For years, Kinder Egg fans have been held at the border for hours threatened with fines between $300 (268 euros) and $2,500 for confiscated contraband candy. That'll soon all change, as Arlene Chang reports. 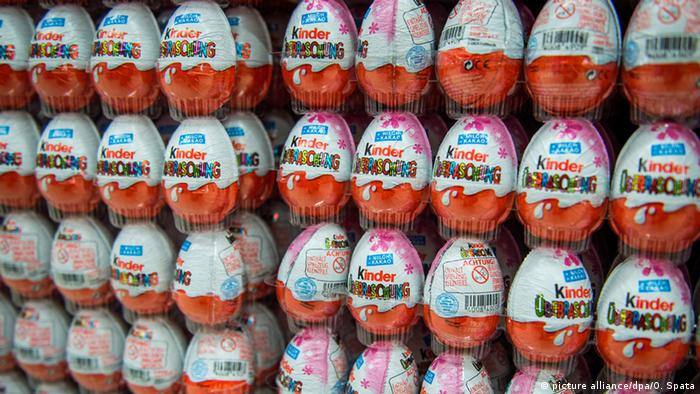 Those held at the US border have even been sent lengthy letters seeking their consent abandoning rights over the confiscated, contraband candy. All because the candy holds in its belly a capsule containing a toy - which the US Food and Drug Administration considers "a choking hazard."

But this stands to change early next year.

In news that will bring much cheer to fans of the iconic Kinder Egg, its manufacturer Ferrero International has announced that the eggs will be legally available in the United States beginning January 2018, CNN reported.

The Kinder Eggs slated to be sold legally in the US next year, will not be the Kinder Surprise, but instead the FDA compliant, Kinder Joy. This version of Kinder which was first manufactured in 2001 consists of two plastic egg-shaped halves - one will hold Kinder's trademark creamy milk chocolate with crunchy wafer balls and the second half will hold a toy. The original Kinder Egg, also called Kinder Surprise or Kinder Sorpresa, has a toy ensconced in its hollow egg-shaped chocolate.

For loyal fans of Kinder, these toys are collectibles, much like toys that come with a MacDonald's Happy Meal.

The Kinder brand's parent company, Ferrero Group, is the fourth-largest chocolate confectionary maker in the world and holds 9.5 percent of the $98 million global chocolate market, according to Euromoniter, a market research provider.

The company announced a revenue of $11.5 billion (about 10.5 billion euros) in 2016. However, their global success has not been replicated in the US. Despite being in the US market since 1969, Ferrero only makes up 2.3 percent of America's chocolate confectionary market.

With the launch of Kinder Joy in the US market next year and its acquisition of Chicago-based confectionery Fannie May, the company will hope its bottom line is given a hard push.

According to Euromonitor, the US chocolate confectionary market which was worth $18,818.4 million in 2016 is dominated by The Hershey Co. which makes up for 31.6 percent.

Ferrero, which was founded in 1946, manufactures other popular chocolate treats, which include Nutella chocolate spread, Ferrero Rocher and Tic Tac mints. 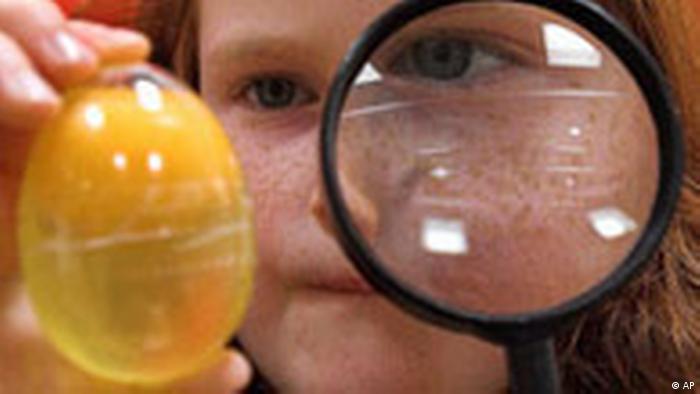 An egg that is also a toy?

Kinder was among the early movers in pushing the "food as toys" marketing story, personifying this idea as early as 1974 when it first launched Kinder Sorpresa (the Italian word for "surprise"). During Easter, it was tradition in Italy to give children chocolate eggs with a toy inside and Ferrero drew from it to manufacture its first Kinder Egg.

The only other company to use this strategy before Kinder was Cracker Jack, an American caramel-coated popcorn and peanut snack, which became wildly popular after it started including small prizes inside each snack box in 1912. The "prize" could be animal figurines, tin whistles, handheld puzzles, rings, booklets, stickers, porcelain dolls in boxes, temporary tattoos, decoder rings and even baseball cards.

In the years that followed, many companies in the United States, including McDonalds (with its Happy Meal), Burger King and even Wendy's jumped onto this marketing narrative.

Fans will be fans

While Kinder Eggs are widely available and have been enjoyed by America's neighbors, Canada and Mexico, for decades, the United States had disallowed it under the 1938 Federal Food, Drug and Cosmetic Act. The Act banned confectioneries which had "any non-nutritive object" embedded in them.

However, this hasn't stopped its fans from trying to smuggle them into the US.

In 2011, US Customs and Border Protection authorities confiscated 60,000 Kinder Eggs, more than double the number from the previous year.

The ban on Kinder Eggs has also prompted fan memes, a White House petition to "Free The Egg" and been used in a campaign for gun safety. These efforts by fans will not be for nothing come January 2018.

The South American country introduced one of the strictest food labeling laws in the world and the chocolate egg landed on the chopping block. Chile isn't the only country where the kid-targeted candy is prohibited. (28.06.2016)