'No militarization of the Arctic'

A warming Arctic is opening up new trade routes and increasing competition for energy resources. Michael Byers from the University of British Columbia downplays the reported tension in the region. 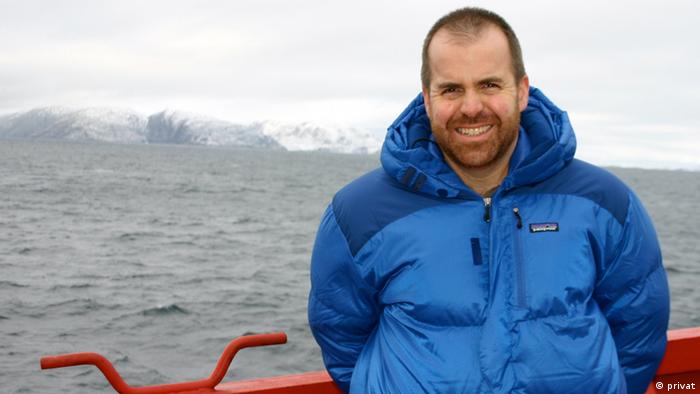 DW: Are you surprised by the recent developments in the Arctic?

Michael Byers: The only thing that surprises me is the decision of Canadian Prime Minister Stephen Harper. The other developments don't surprise me. The Russia coastline is ice-free in the summer months, and there is a great deal of shipping traffic already. So Russia has legitimate concerns about security and about smugglers and other kinds of organized crime and illegal immigration. I'm not particularly concerned about Russia's improving its constabulary capabilities. The United States also has a situation where lots of ships are going through the Bering Straight along the coast of Alaska. Obviously, they have a need for a security presence as well. I don't see these two buildups directed at each other.

What' so unusual about the Canadian government's decision to declare ownership of the North Pole?

The statement was surprising for one particular reason - there was no need for it. Canadian scientists and lawyers had prepared a submission that included a substantial area of Arctic ocean seabed, and that was going to the United Nations Commission on the Limits of the Continental Shelf in the usual way. There is nothing in the Convention on the Law of the Sea that prevents the submission of more data at a later date. This was not a door that was going to close on Canada. It was simply an opportunity to continue a process of scientific validation. There was no need to worry about the fact that Canada might wish to make a further submission.

What promoted the prime minister to request this extension?

The map that was about to be submitted on Canada's behalf was not going to include the North Pole. I think the prime minister did not want to be accused by the media and his political opponents of surrendering the North Pole. He just didn't want to have to explain that the door was not closed. That's part of it. It's also unlikely that at the end of this very long, technical process, Canada will get the North Pole and for one obvious reason: it's on the Danish side of what is called the equal-distance line - a line that would be drawn from the space between Canada and Greenland northwards and the line of equal distance at every point of the coastline from either side. That is the standard form of maritime delimitation in international law and the approach that any court or tribunal will apply: It would leave the North Pole quite clearly on the Danish side. But North Pole has symbolic value, and I think the prime minster was more concerned about domestic public opinion than expert opinion.

That could be the case but his decision prompted a swift reaction from Russia, didn't it?

Mr. Putin has domestic politics as well in Russia. We know this every time he takes his shirt off. The Arctic is part of his domestic political strategy. What we're seeing here is the domestic political message confusing the underlying theologies of diplomacy and international law. The two governments, Russia and Canada, are still committed to the legal processes. Scientists and lawyers are still going to be working according to the Convention on the Law of the Sea. Mr. Putin has been very clear that he values cooperation in the Arctic and for very simple reasons. First of all, Russia can't afford to militarize the Arctic. The expense would be prohibitive. The country also needs Western capital and technology to develop its oil and gas resources. And it's also a member of the World Trade Organization. We're not talking about a Cold War here. When we see these statements from Canadian and Russian leaders, they're driven mostly by domestic politics. The reality is that Canada and Russia are integrated in a global economy.

Still, we still have Russia announcing a military buildup in the Arctic, the US issuing its first Arctic plan and Canada with its recent move. Something is causing tension. Oil and gas rights? Shipping? Fishing? Or security?

The oil and gas is located in the continental shelves - 99 percent of which is within 200 nautical miles of shore, so within the exclusive economic zones of the different countries. There is only one maritime boundary at the moment and that is in the Beaufort Sea between Canada and the United States, which are partners in a common energy market. Russia and Norway resolved their boundary disputes two years ago. The vast majority of oil and gas is all allocated without any dispute or contestation. In terms of shipping routes, nobody challenges Russia's authority to regulate the northern sea routes. Even when the Chinese government sends ships through, it requests Russian permission and a Russian icebreaker escort. So shipping in the northern sea route is not an issue.

Most of the fishing is successfully managed in a cooperative manner. The Russians and Norwegians have been regulating fishing in their region for the last 40 years. In the Bering Sea, there has been an agreement of a bit more than 20 years between the US and Russia. But there still isn't an agreement in the Central Arctic Ocean because there isn't any commercial fishing taking place there yet. So it's not about fishing.

So what's it about then?

It's about the reality of disappearing, melting sea ice and increased activity in the region. And with activity comes the need for increased presence and surveillance and the ability, for instance, to stop a foreign vessel if necessary. This is certainly a precautionary step on the part of the different governments to increase their very minimal military presence. But we aren't seeing a militarization of the Arctic that is anything like what we might see in the South China Sea. Remember also how enormous the Arctic is. It's thousands of kilometers from the most northerly Russian islands to the most northerly part of Canada or the US. And those thousands of kilometers are right now very dark and minus 40 degrees Celsius with moving ice. So we're not talking about a place of immediate importance but about precautionary steps that are being taken in response to the quite dramatic changes that we're now seeing during the summer months.

Michael Byers holds the Canada research Chair in Global Politics and International Law at the University of British Columbia. He is the author of "Who Owns the Arctic?"

Greenpeace: 'Our protest in the Arctic wasn't piracy'

Greenpeace protesters arrested last month for scaling an offshore Russian oil rig have been refused bail this week in Murmansk. Ben Ayliffe of Greenpeace tells DW the accusations of piracy are 'absurd.' (18.10.2013)