Greenpeace: ′Our protest in the Arctic wasn′t piracy′ | Environment | All topics from climate change to conservation | DW | 18.10.2013

Greenpeace: 'Our protest in the Arctic wasn't piracy'

Greenpeace protesters arrested last month for scaling an offshore Russian oil rig have been refused bail this week in Murmansk. Ben Ayliffe of Greenpeace tells DW the accusations of piracy are 'absurd.' 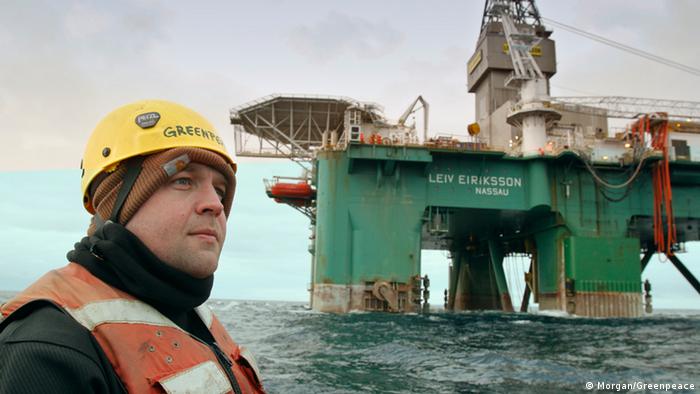 DW: You are currently part of a special response team in Greenpeace's UK headquarters trying to help those incarcerated in Russia, the Arctic 30, from afar. What is the mood there like among your fellow employees?

Ben Ayliffe: It’s strange. These people who are currently under arrest are our friends and colleagues and it is difficult to see them on TV in the news where they are being held behind bars. It is exceptionally hard for the families and for the loved ones and for certain people within Greenpeace. We are a very close-knit organization. In a way, seeing them there spurs us on to work long hours here, to do what we can to get them out.

What is the status of the 30 activists that are currently in custody in Russia?

They’ve been charged with piracy and this week we have been putting in appeals to have them released on bail. But unfortunately, every time, the judge has ruled against our people being released on bail. We suspect it is now leading up to a trial at some point. 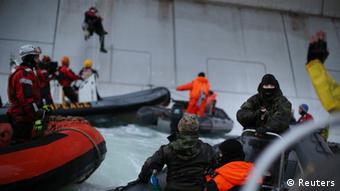 Under Russian law and international law what we did – this peaceful protest – doesn’t meet the criteria of piracy. The idea that these people are pirates is absurd, even Russian President Vladimir Putin admits this. I think any reasonable people can see that. We are working very hard with our legal team to fight these charges and to get them out as quickly as we possibly can.

But, what would you say to people that accuse the Greenpeace activists of trespass? Do you think that is something that should be allowed?

Greenpeace has a long history of bearing witness, Quaker principles of peaceful protest and non-violence. At no point did anything we do come anywhere near piracy. Whether it’s trespass or not - we haven’t been charged with that. We can only face the charges that we are up against.

What type of conditions are the Greenpeace activists currently being held in?

The conditions at the start were pretty grim. We know that they are improving. They are all being held in one place now. Getting in touch with them is a lot easier than it has been but still, this is not a holiday by any means. This is a Russian jail and they are sharing their cells with other Russian prisoners. 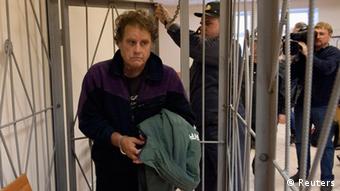 One of 30: Peter Willcox, the captain of the Greenpeace boat "Arctic Sunrise," in court in Russia

They get one hour of exercise in a tiny yard every day and they are entitled to a shower once every two weeks. We are getting them food and things like chessboards, just to keep the boredom at bay.

Do you think that, with the benefit of hindsight, the approach that was used by the activists might have been the wrong one?

No, I don’t. I say that for a number of reasons. Firstly, the threat that the Arctic faces is something that concerns every man, woman and child on this planet. The Gazprom platform that we protested at is going to be the first that will produce commercial quantities of oil from the iciest waters on the planet.

This is a defining moment for the Arctic and our relationship with the Arctic. There was a need to act to raise global awareness about what was happening with Gazprom, with this platform, and with oil production in the Arctic. The region is vanishing before our eyes and oil companies and governments see this as an opportunity to go and drill for more of the oil that is causing the ice to melt in the first place. It is a vicious circle that we really have to break.

Also, I think the actions that we took were entirely reasonable. They were peaceful. We weren’t trying to take over the platform. We were trying to put our banner up, just to show people what was happening here.

Will protests continue in the Arctic against this sort of drilling?

Of course. Greenpeace will not be intimidated. The fate of the Arctic has implications right across the planet and we can’t ignore it - whether that’s in places like Greenland, like Alaska, or Norway. 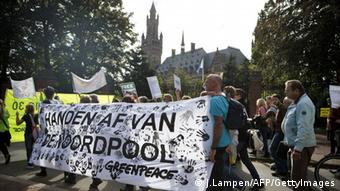 We are going to keep protesting until we get some action to keep it off limits to oil drilling and industrial fishing. We want some sort of global legally-protected deal in place up there.

On the Greenpeace blog giving updates about the Arctic 30, it's amazing to see the support that is being shown from the members of the public. Has this surprised you?

It’s been very positive, yes. It has been one of those things that really keep us going through the long, difficult hours that we and the families face. There are tens of thousands of people out there who have joined with us in showing solidarity with the Arctic 30. Just recently we had a global day of solidarity around the world too.

We had vigils at Russian embassies in over 220 cities and tens of thousands of people came out to support us. It was very heartening for the families knowing that they weren’t alone and that there was this global outpouring of support and anger over the treatment of the Arctic 30. It has been one of the bright lights to this whole experience.

Ben Ayliffe is head of Greenpeace's Arctic oil campaign and has worked on a number of other environment protection issues for the organization. He is based in London.

Greenpeace holds rallies to press for release of activists

Greenpeace are holding demonstrations in almost 50 countries to protest against the arrest by Russian authorities of dozens of activists. This comes after the Dutch government announced it was taking legal action. (05.10.2013)

Putin: Greenpeace activists 'not pirates,' but did break law

Russian President Putin has said the Greenpeace activists arrested protesting Arctic oil exploration were "not pirates." However he's defended their detention, saying they broke the law when scaling a drilling platform. (25.09.2013)

Russia has put 30 activists, detained while protesting Arctic oil exploration, into pre-trial centers in the Murmansk area, according to the environmental group. Russia says the "most active" could be charged for piracy. (25.09.2013)

Listen to the interview with Ben Ayliffe