Zambia has promised to step up its campaign against human trafficking in light of the deaths. Congolese border guards said 100 migrants had been crammed in to the back of a single truck. 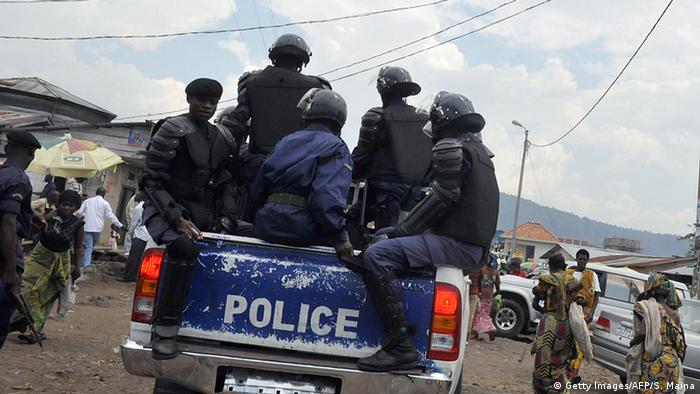 Congolese authorities confirmed on Saturday that they had discovered the bodies of 19 migrants who had asphyxiated in a Zambian-registered truck earlier in the week.

Border guards in the Democratic Republic of Congo (DRC) said they had been alerted by the sickening smell coming from a truck which was revealed to have been carrying some 100 refugees.

Ethiopians speak out against their regime

Over five hundred Ethiopians of different ethnic groups gathered in Nairobi to discuss the human rights violations in their country. The discussions coincided with 25th anniversary of the fall of Mengistu regime. (03.06.2016)

Nominations were to close on Fiday for candidates contesting the presidential elections in Zambia on August 11. It's set to be a close race and the run-up to the poll has been marked by complaints about irregularities. (03.06.2016)

The seventy-six living migrants were rescued when the vehicle was stopped on the Zambian border in southeastern Congo on Thursday.

"We stopped this vehicle ... because of the nauseous smell which was coming from the trailer," said Jean-Pierre Lubosha, head of the DRC border control. He told the press that the crew had at first claimed to be transporting fish.

"The bodies were handed over to the Zambian authorities on Thursday. We interviewed the survivors who all claimed to be Ethiopian nationals," said Lubosha.

There had been some discrepancy about the nationality of the migrants, as Zambia initially claimed they were Somalis.

Ethiopia is currently experiencing its worst drought in 50 years, leaving milions in need of food and water.

"We congratulate the Congolese authorities for their vigilance, allowing them to discover this scandalous human trafficking, implicating three Zambian members of the [truck] crew," said Zambian vice consul David Nyangulu, who added that an international investigation was underway.

Following the deaths, Zambia promised to step up the fight against human trafficking.

"Our country has very porous borders, but we will put in place measures to ensure cases of human trafficking are curbed," Home Affairs Minister Davies Mwila told a local radio station.