A former interior minister is tipped to succeed President Mahamadou Issoufou. Niger is attempting its first peaceful transfer of power since gaining independence from France 60 years ago. 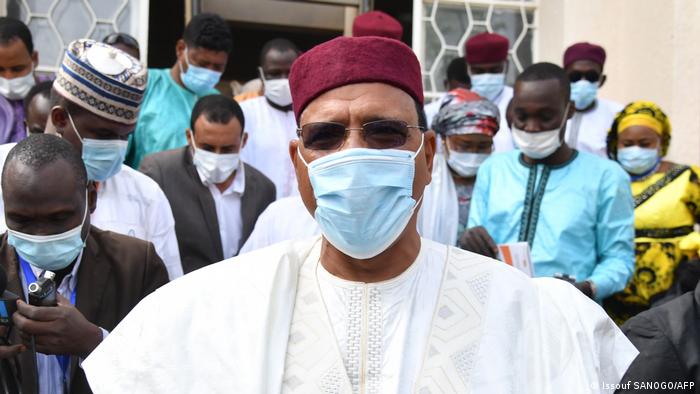 Niger's presidential election is headed to a runoff poll in February after the country's ruling party candidate failed to secure enough votes in the first round.

Mohamed Bazoum, a former head of Niger's interior and foreign ministries, led the first round with 39.33% of the vote, according to provisional results announced by the nation's electoral commission on Saturday. That falls short of the 50% he needed to win the presidency outright.

Bazoum, an ally of President Mahamadou Issoufou, will square off against former president Mahamane Ousmane in the runoff. Ousmane collected 17% of the vote in the first round.

The runoff vote appears set for February 21 once the results of the first round have been validated by the constitutional court. 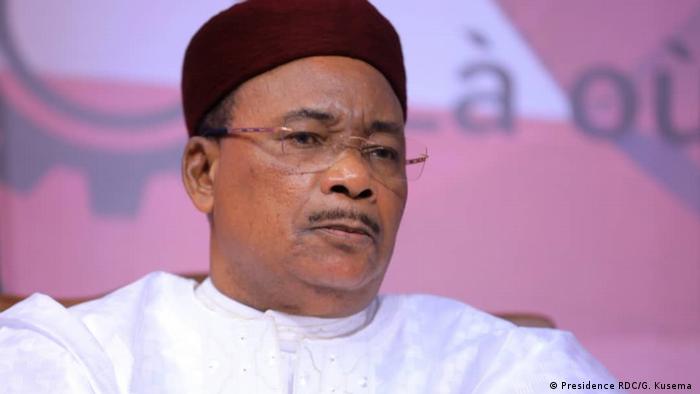 Mahamadou Issoufou, Niger's president since 2011, has stepped down after two terms

Peaceful transfer of power in Niger?

The second round comes as Niger attempts its first democratic transition of power in its history. The country has seen four coups take place since gaining independence from France in 1960.

Issoufou announced last year that he would step aside after serving two five-year terms. He was elected to the presidency in 2011 after a military coup ousted his predecessor, Mamadou Tandja, in February 2010.

In a New Year radio address, Issoufou hailed the presidential election as "a new, successful page in our country's democratic history."

The first round of voting took place with polling stations on high alert after a series of jihadist attacks.

Who are the candidates?

Bazoum, who turned 61 on Friday, has served as president of the ruling PNDS-Tarayya party since 2011.

He is a close ally of Issoufou, serving in both of the president's administrations first as foreign minister and then as interior minister.

Ousmane, 70, was Niger's fourth president, holding the office from 1993 until a military coup in 1996. He is the president of Niger's main opposition CDS party.