A former interior minister is widely tipped to take over the West African nation's presidency. But whoever succeeds will face huge security and economic challenges in a country the UN says is the world's poorest. 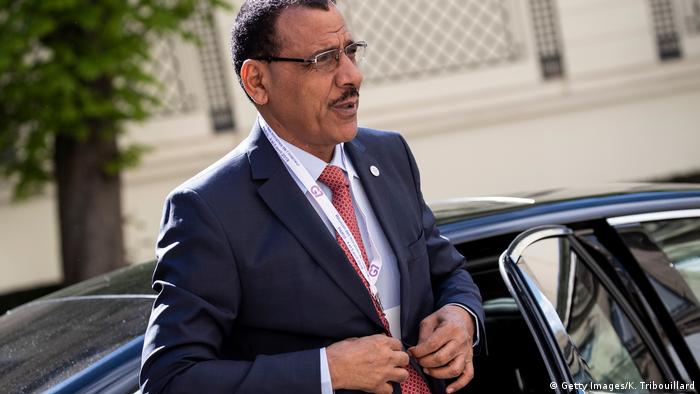 Mohamed Bazoum, an ex-interior minister, is widely tipped to win the presidency

People in Niger voted on Sunday in a presidential election that is expected to see the country's first democratic power transfer since independence from France amid Islamist violence.

Mohamed Bazoum, a former foreign affairs and interior minister and the ruling party's candidate, is the overwhelming favorite to succeed President Mahamadou Issoufou, who is stepping down after two five-year terms. Results are expected in the coming days.

The West African country has seen four coups since achieving independence from France in 1960.

Bazoum, 60, has promised continuity with Issoufou's policies, while also vowing to clean up pervasive corruption.

"If I am lucky enough to win this election, you will have chosen someone who is ready from day one," he said in a campaign video.

Bazoum faces 29 other candidates, who will hope to force a second round by denying him an outright majority of the vote. Other prominent hopefuls include two former heads of state, Mahamane Ousmane, 70, and Salou Djibo, 55.

In November, the Constitutional Court declared the main opposition candidate Hama Amadou "ineligible" to run in Sunday's election. It is understood judges disqualified him on the grounds that in 2017 he was handed a 12-month term for alleged baby trafficking — a charge he has called bogus.

Niger's electoral code bars citizens convicted of crimes with prison sentences of one year or more from running for president.

A total of 7.4 million registered voters will also cast their ballots to choose who will represent them in the country's 171-seat National Assembly. Whoever takes over as president will face a major challenge of protecting the country's security from further jihadi attacks.

Several regions were also on high alert for attacks on or near polling stations.

"There have been no major incidents here that have affected the election process in Zinder, nor in the remote villages around Zinder, where some polling stations were not open during the local elections," said DW correspondent Tidjani Mohamed, reporting from southern Niger. 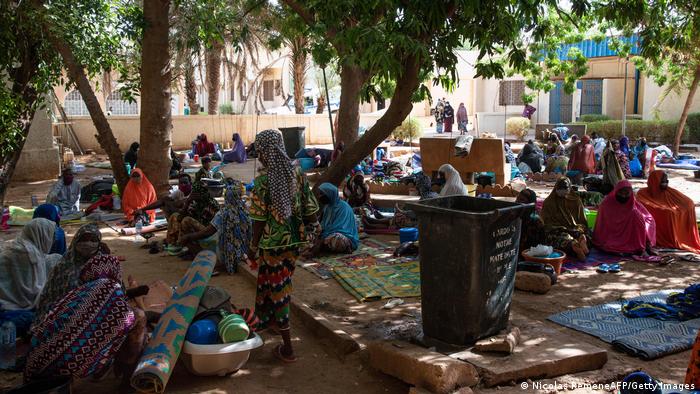 Niger is the world's poorest country, according to the UN Human Development Index

"There have been a few cases of attempted vote buying, but thanks to the precautions taken by the CENI Electoral Commission, the people who tried to cheat were prevented from doing so," he added.

Meanwhile, residents of the southeastern city of Diffa were shaken by the sound of multiple explosions. However, the blasts took place in neighboring Chad, according to DW correspondent Marah Mahamadou.

"The polling stations opened very early this morning," she said. "But then, unfortunately, we heard two big explosions, and that spread a lot of fear. People calmed down later because the explosion was not in the city of Diffa itself. It was rather on the other side of the border, 5 kilometers away from the town of Diffa.

"The explosion was huge and could be heard as well as if it had been in Diffa. As a result, many election workers fled," Mahamadou added. 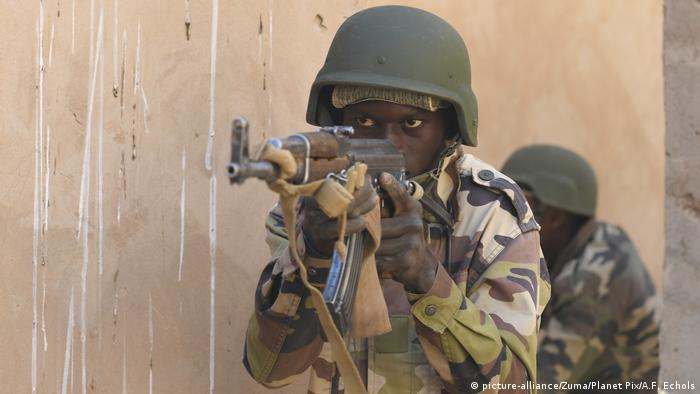 Fighters loyal to al-Qaida and the "Islamic State" (IS) armed group are active on Niger's western border with Mali and Burkina Faso.

Boko Haram, a Nigerian-based jihadi group with ties to IS also operates on Niger's southeastern border.

On Monday, seven troops and 11 suspected jihadis died in an ambush in the southwestern region of Tillaberi, the government said.

The economy, already fragile, has suffered devastating blows from the effects of the global coronavirus pandemic.

Around 42% of the population lived last year on under $1.90 (€1.60) per day, according to the World Bank, while nearly a fifth of its surging population of 23 million relied on food aid.