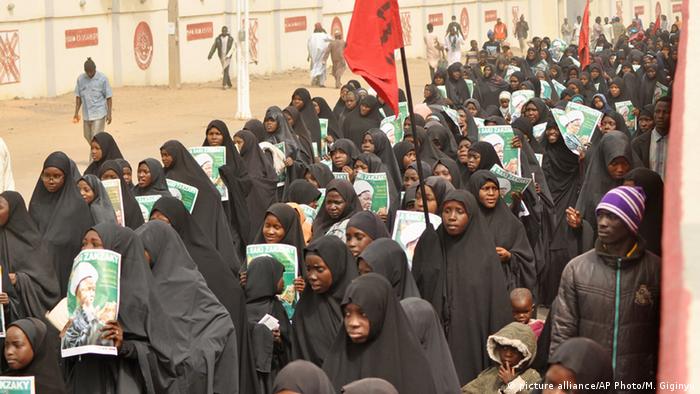 The inquiry commission, set up by the Kaduna state government, said those responsible for the killings should be prosecuted, confirming the conclusions of an earlier Amnesty International report.

The killings took place in December 2015 following clashes between the Nigerian Army and the Islamic Movement in Nigeria (IMN). Members of the IMN, a Nigerian Shia organization with around 60,000 members, had blocked a road in the city of Zaria during a flag hoisting ceremony. The road block prevented Nigeria's Chief of Army Staff from passing. The Nigerian Army interpreted this as an assassination attempt, and had received intelligence that the IMN had amassed weapons. Troops launched an operation to recover the weapons and arrest the group's leader, Ibraheem Zakzaky. During these raids, 349 people were killed, including one soldier, the inquiry found. Of the dead, 347 were buried in a mass grave by the Kaduna state government.

The inquiry found the Nigerian Army was directly responsible for the killings of IMN members, and recommended that those involved should be identified "with a view to prosecuting them." However, it also said that Zakzaky should be held responsible "for refusing to call his members to order when required to do so."

The question now, is whether President Buhari will live up to his previous promise to retrain and reform the Nigerian army, says Kabir Adamu, managing director of Beacon Consulting, a Nigerian security analysis firm.

DW: How likely is it that the Nigerian army will prosecute those responsible for the killings?

Kabir Adamu: Given the antecedents of the Nigerian army, I would say very unlikely. The present government has restated its commitments to ensuring a due process. If we look back at the inaugural speech by President Buhari, he committed himself and his government to following due process, including retraining the army and ensuring that the rules of engagement are reversed. But I would say it's very unlikely that we will see any form of prosecution to the extent that would appease both the local and the international communities.

In case nothing is done to bring the culprits to book, how could this raise religious tensions especially in the north that is predominantly Muslim?

On the side of the Shiites, even though they are in the minority, it would further their agitation. Even this morning there was a protest in Abuja, demanding the release of their detained leader. So we are going to see further protests along those lines by the Shiites, but because they are a minority, that is not likely to have a significant impact in terms of the religious divide within Nigeria. 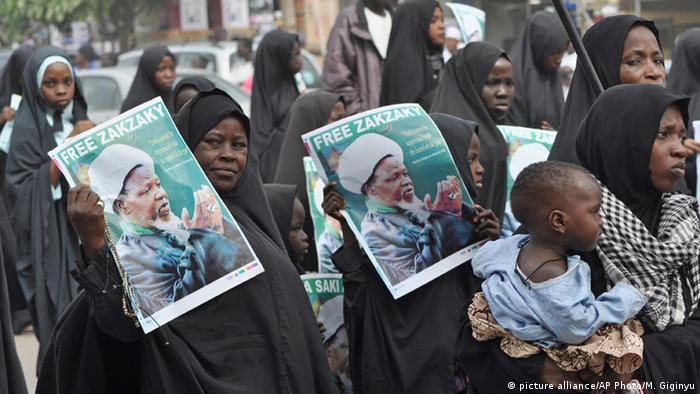 Ibraheem Zakzaky, leader of the Islamic Movement of Nigeria, is still being held by police

Probably about 95 percent or above of Nigerian Muslims are Sunnis. The deep rooted rivalry between the Sunnis and the Shiites is as such that a lot of Sunnis, unfortunately, are not sympathetic to the current Shiite cause. [The relationship between Sunni and Shia Muslims] is one of deep mistrust, to the extent that some people would even describe it as hatred.

The Nigerian army has in the past been accused of human rights abuses. Is President Buhari able to root out human rights violations in the army?

We should hope so, and to be fair to the army, they have taken some bold steps that we've not seen before. They have established community relations units and appointed senior ranking members to head these units, all in a bid to improve military-civil relationships.

What we are not seeing is training that is geared towards improving the ethos of the military profession, to make the soldiers understand that their primary responsibility is the protection of the civilians.

But if we look at where the Nigerian Army was and where it is today, there have been great improvements. Are we there yet? The answer is no. President Buhari needs to live up to his promise. He mentioned during his inaugural speech that he realized there was a need for retraining, and revising the rules of engagement of the Nigerian army. We haven't seen credible action in this regard, and this needs to be done quickly. You need the civil populace to support the military effort that is ongoing across the country.

Kabir Adamu is a security analyst and managing director of Beacon Consulting Ltd in Nigeria.