The students and staff members, who were taken from a boarding school 10 days ago, have been set free. The news comes just a day after more than 300 girls were kidnapped in Zamfara state. 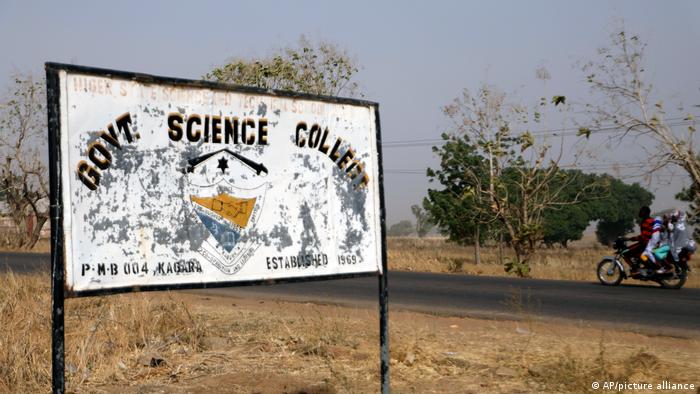 Following a 10-day ordeal, the abducted children, family members and teachers from a school in the north-central Nigerian state of Niger have been released, the state governor said on Saturday.

Gunmen freed 42 people, including 27 students, three school staff and 12 members of their families.

They were kidnapped last week in the Kagara district of Niger by an armed gang who stormed the Government Science secondary school at around 2 a.m. local time. One boy was killed during the raid.

"The Abducted Students, Staff and Relatives of Government Science Collage Kagara, have regained their freedom and have been received by the Niger State Government," the executive governor of Niger State, Abubakar Sani Bello, said in a tweet.

Reporting from Nigeria, DW's Uwaisu Idris said that the students have now placed in a government building, where they were provided with food, and a change of clothes before meeting state officials.

When asked why such kidnappings are growing more frequent, Idris said that there were several issues at play, including poverty and "bad governance."

"The government has been insisting that they are on top of the situation," he said, but the locals remain angry and "distraught." In most cases, the authorities simply retrieve students and "business continues as usual in Nigeria."

"There might be change now, because the president — for the first time — came out to talk, hard, on this issue of kidnapping and insecurity, especially in the northern part of the country," Idris told DW.

The announcement comes just a day after a separate raid on a school in Nigeria's Zamfara state, where gunmen seized more than 300 girls.

Criminal gangs, referred to locally as "bandits," have increasingly been involved in kidnappings, rapes and other crimes across central and northern Nigeria.

The gangs are often driven by financial motives — kidnapping children and others, and holding them for ransom.

The recent attacks have increased concern over rising violence carried out by armed gangs and Islamist insurgents.

A mass abduction in April 2014 by jihadist group Boko Haram saw 276 girls snatched from a secondary school in Chibok in Borno state. More than a hundred of the girls are still missing.