The schoolgirl surrendered to the military last month along with someone she married in captivity. The governor said she will receive psychological and medical care. Over 100 schoolgirls are still missing. 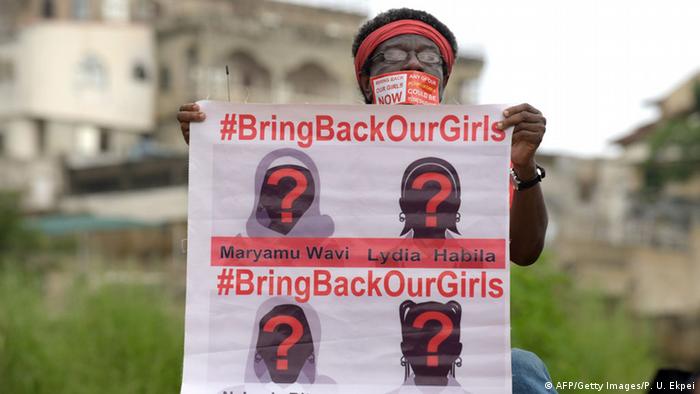 The office of the governor of Borno state in northern Nigeria, where almost 300 schoolgirls were kidnapped in the town of Chibok seven years ago, announced Saturday that one of the girls is free and has been reunited with her family.

Ruth Ngladar Pogu surrendered to the military on July 28 along with a person she had married in captivity. Officials withheld the announcement of her release from captivity to give them time to contact her parents and other families of the kidnapped Chibok schoolgirls, they said.

In a statement, Borno state Governor Babagana Umara Zulum said, "I am extremely excited both as Borno's governor and father of all sons and daughters of the state, and also as a father to daughters." 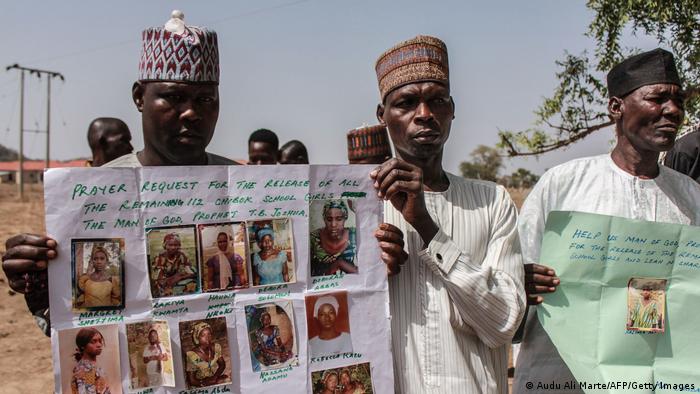 After seven years, more than 100 of the schoolgirls kidnapped by Boko Haram in April 2014 remain missing

He added, "I know the feeling of families of those still under captivity, but we have to remain hopeful especially with today's development."

#BringBackOurGirls then and now

In April 2014, almost 300 schoolgirls between the ages of 12 and 17 were kidnapped by Boko Haram in the town of Chibok in Borno state.

This sparked an international outcry and spawned the social media campaign #BringBackOurGirls, championed by Michelle Obama when she was the first lady in the White House and other prominent voices.

In the years since, about two dozen of the girls were either released or found by the military, though approximately 113 remain missing and are believed to still be captives of the Islamic militant group Boko Haram.

Mass abductions and the army's struggle

Nigeria's military has been locked in a 12 year-long battle against Boko Haram and its more recent offshoot, the Islamic State West Africa Province.

The conflict has left 40,000 dead and displaced more than two million in northern Nigeria.

While Boko Haram may have pioneered mass kidnappings as a tactic, criminal gangs have launched copycat attacks with the purpose of securing ransom.

In the most recent attack last month, schoolchildren were kidnapped from a boarding school in the state of Kaduna.

It was the tenth such mass kidnapping from a school since December. An estimated 1,000 students are being held in total.