Nice and the Cote d'Azur in painting

The south of France has inspired artists for centuries. After the tragic events of July 14 in Nice, here are some images seen through the eyes of artists who have captured the region's beauty and joie de vivre. 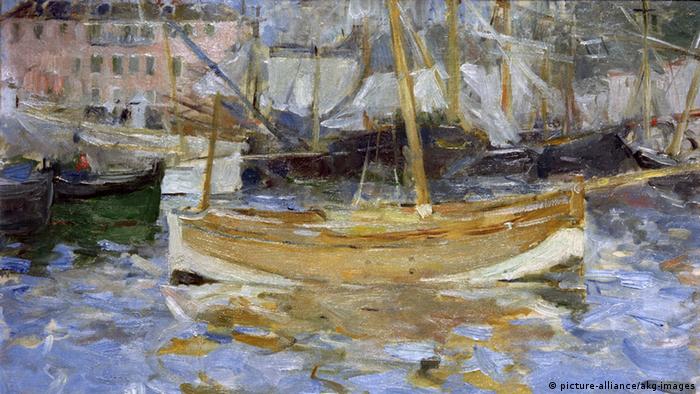 Morisot's 'The Harbor of Nice'

"Our image of the South has been shaped by painters," says Gerhard Finckh, director of the Von-der-Heydt Museum in the German city of Wuppertal. His colleague Markus Müller of the Pablo Picasso Museum in Münster confirms: "For us today, the Cote d'Azur is coupled with images of paintings that we all carry around in our heads."

In 1882, Berthe Morisot painted "The Harbor of Nice" (top picture). The French impressionist painter was strongly influenced by artist Édouard Manet. She was a friend of his - and later married his younger brother Eugène.

In the 1880s, she traveled widely, spending time, among other places, in southern France where she frequently painted together with Pierre-Auguste Renoir. 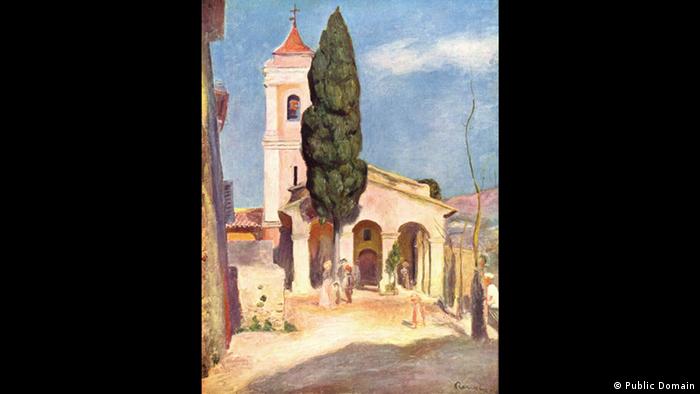 Renoir had moved to southern France in the hopes that the climate would alleviate his suffering from rheumatism. The famous painter settled in Cagnes-sur-Mer, between Nice and Antibes, in 1903 and lived there until his death in 1919.

His onetime house is today a museum. "Cagnes seems to have just waited for Renoir," said his son, the film director Jean Renoir. "And he took hold of it like one would a girl one had dreamed of his entire life."

In his paintings, Renoir managed to capture the region's shimmering light.

Like Pierre-Auguste Renoir and Pablo Picasso, Henri-Émile-Benoît Matisse also spent his later years at the Cote d'Azur. Hoping that the local air would give some relief from his chronic bronchitis, he traveled to Nice in 1917.

After days of rain, he was ready to leave - then suddenly, so goes the legend, the sky shone in turquoise. 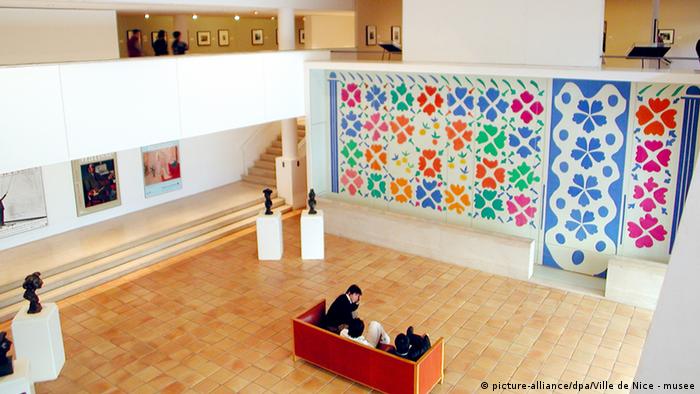 At the Henri Matisse Museum in Nice

"When I became aware that I could see this light every morning, I couldn't believe my good fortune," said the painter and sculptor. He decided to spend the rest of his life there. Matisse died in 1954, and a museum in his memory opened in Nice in 1963.

Another important 20th century painter has a museum dedicated to him in Nice: Marc Chagall spent the last 35 years of his life in a nearby village and died there at age 98. It is said that the explosive colors in his often surreal art were inspired by the natural surroundings. 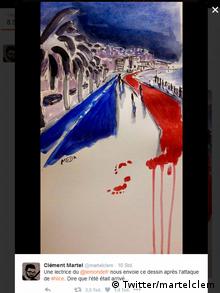 This artistic representation of Nice is far more recent however. Within hours of the terrorist attack on France's Bastille Day, it traveled like wildfire through the social media.

John Mejia's painting depicts the French colors, seemingly racing along the beach, with the red dripping blood in the shape of human footprints.

Fictional depictions of terrorism are sometimes a little too close to reality. After the horrific attack in Nice, two films, "Bastille Day" and "Made in France," fuel the debate on the media's role in glorifying terror. (15.07.2016)