Nicaragua plans a behemoth canal undertaking | World | Breaking news and perspectives from around the globe | DW | 15.07.2012

Nicaragua wants to connect the Atlantic and Pacific oceans with a $30 billion canal that it is hoped will lift the Central American country out of poverty. But it remains unclear who will foot the bill. 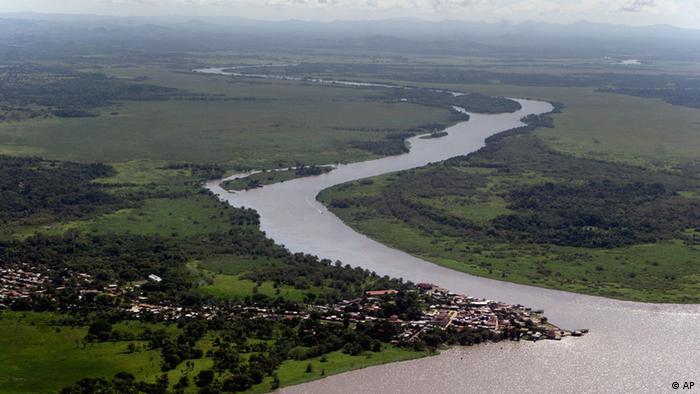 Whenever Nicaraguan heads of government have the feeling they have to give their ailing popularity a boost, they reach into a drawer. For almost 200 years, it has held an idea for an enormous project: a navigable canal straight through the Latin American country that connects the Atlantic Ocean with the Pacific.

It's a plan that is supposed to bring the second poorest nation in the Americas after Haiti onto the world economic map. But the project has never gone beyond the stage of a vague idea. President Daniel Ortega wants to change this. 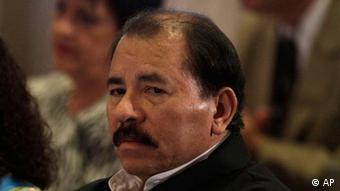 Ortega says the canal will lift Nicaragua out of poverty

Ortega, who is currently struggling with accusations of election fraud, corruption and other personal gains, presented the legislature with a draft bill for the "Nicaragua Canal" in June. The initiative was approved last week by 85 of 91 lawmakers - even those belonging to the opposition.

"We are a small economy," said Xochilt Ocampo from the ruling Sandinista National Liberation Front during the debate in parliament. "But no major task has ever begun without a dream. Reality shows that the government is fulfilling the dreams of the people."

Almost half of Nicaragua's population of six million lives in poverty. It's therefore more than questionable whether the people are really dreaming of this $30 billion (24 billion euro) project. In an open letter to the president, which several newspapers in the capital Managua published, an engineer complained about the country's true problems.

"When there is no medication available in the hospitals and no desks for the schools, this means there aren't even any funds for basic needs," he wrote.

A canal as a vein of gold

But the canal is thought to change all of this and bring wealth and prosperity to the country. From 2019, container ships are supposed to be able to transport 416 million tons of freight through the canal. Six years later, the next stage of expansion is to be completed, increasing freight volumes to 573 million tons - almost 5 percent of the world's maritime trade. 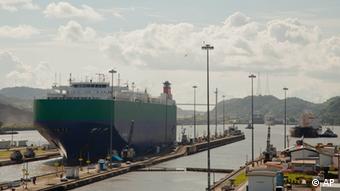 Nicaragua can see that there is money to be made in this sector. Just a few hundred kilometers to the south, Panama makes around $1 billion a year from its canal - an amount that is growing. That waterway is currently undergoing a major expansion project. The upgrade, set to be completed in 2014, will allow some of the world's largest ships to pass through. And they will have to pay higher transit fees.

The proposed 200-kilometer waterway through Nicaragua is supposed to be significantly deeper, wider and almost three times longer than the Panama Canal. In addition, Nicaragua doesn't only want to earn money from the transport of goods. The construction of the canal is supposed to create 600,000 new jobs, as well.

Nicaraguahas said its own canal is by no means supposed to be competition for Panama, but rather complement it in view of the expected growth in trade volumes on the world's oceans.

Until the first container ship can pay its fee, though, Nicaragua faces several pharaonic tasks. First of all, the canal's construction needs to be financed. The estimated costs of $30 billion are four times as high as Nicaragua's annual gross domestic product. Investors have to be found. 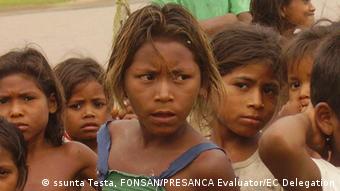 But none of the potential partners have become more concrete in their interest - not even Venezuela, Nicaragua's most important trade partner, which supplies $500 million worth of oil every year. One reason for these reservations could be the planned structure of the operating company. The Nicaraguan government wants to hold 51 percent of the shares in a joint public/private partnership.

"I can hardly imagine that partners can be found who want to finance 100 percent of the canal's construction and then settle for holding only 49 percent of the capital stock," said Nicaraguan opposition MP Pedro Joaquin Chamorro.

In addition, the route of the canal is still completely unclear. There are six possible routes under consideration for the proposed waterway; the most suitable would pass through the San Juan River that forms part of the border with Costa Rica and is the cause of regular diplomatic skirmishes between the two nations. In addition, the government hopes for an amicable settlement in the next decade with landowners whose land is located on the proposed canal - if the project hasn't disappeared back into the government's drawer again by then.

It seems to be US President Obama's 'Latin America Month:' He hosted the presidents of Mexico and Brazil and attends a regional summit in Colombia this weekend. But Latin America is still far from a priority for the US. (09.04.2012)