It seems to be US President Obama's 'Latin America Month:' He hosted the presidents of Mexico and Brazil and attends a regional summit in Colombia this weekend. But Latin America is still far from a priority for the US. 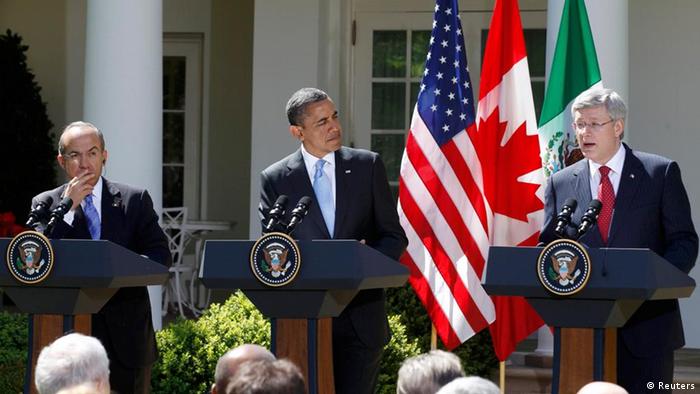 If you're browsing US papers for articles on Latin America, you'll have to look very closely. On the day after the North America summit at the White House, President Obama met with his Mexican counterpart Felipe Calderon and Canadian Prime Minister Stephen Harper - but the New York Times only printed a picture of the three of them on page 17.

The headline was "President confident health law will stand." As usual, the US journalists' main interest was Obama's domestic policy: his health-care reform is currently in limbo, pending a decision by the US Supreme Court. Only towards the end of the three leaders' press conference, did questions focus on US relations with Mexico and Canada.

In fact, there are plenty of issues to discuss - the stream of illegal immigrants and the drug and weapons trafficking from south to north being the most pressing. At least those topics do regularly make it into US papers. 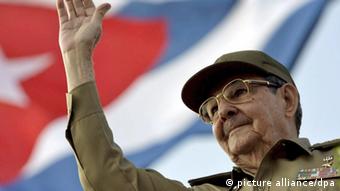 But other Latin American countries don't ever make it to center stage because they have nothing to do with issues like the Middle East and Afghanistan, Ted Piccone, Latin America expert with the Brookings Institute told DW. Even so, the Obama administration has worked with those countries, added Piccone, who has worked at the US National Security Council as well as the State Department and the Pentagon, saying there was cooperation on issues like security, fighting drugs, renewable energy and improving economic ties.

Last autumn, the US and Colombia signed a free-trade agreement, but only years after it had been put to Congress. There are a number of countries, however - among them Ecuador, Venezuela and Bolivia - where the US no longer has ambassadors. Here too, Congress is blocking any progress, in part because of concerns over undemocratic developments in those countries.

Piccone cites several examples for those concerns: restrictions of freedom of speech in Ecuador and Venezuela, election irregularities in Nicaragua, massive violence in Mexico. Yet Washington is well aware that the US is neither able nor inclined to play the role of policeman in Latin America.

Relations between the US and Latin America are, therefore, first and foremost focused on trade. The 1994 plan to create a free-trade association that would encompass all the Americas was abandoned long ago. Aside from the multilateral North American Free Trade Agreement (NAFTA), the US has also entered into bilateral trade agreements, most recently with Colombia and Panama.

But the US has a new competitor: China. Wealthy and with a great need for raw materials, China trades with Venezuela, Cuba, Brazil and Chile. The US still has a cutting edge over China, simply because of its proximity to Latin America, says Ray Walser of the conservative Heritage Foundation. Ted Piccone also points out that the US is closer and already has a long history of trade with its southern neighbors.

But it's not only China that's emerging as a competitor to the US - Latin American countries themselves are also gaining more influence on the international stage. Brazil, for instance, is looking to establish itself as a leader of South American nations and is demanding a permanent seat on the UN Security Council to weigh in on the international dispute over Iran's nuclear ambitions. 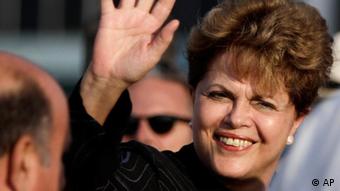 There will, therefore, be much to discuss when Brazilian President Dilma Rousseff meets with Obama on Monday. The two will not only prepare for the summit of the Organization of American States (OAS) in Colombia later this month but also discuss the upcoming G20 summit in Mexico in June. Ray Walser describes Brazil as a "friendly rival" of the US. The relation between the two countries' leaders is said to be good. Obama met Rousseff shortly after she became president in 2011 already. Back then, their talks focused on energy, the economy, finance and global partnership.

This time, the talks will also include meetings with business leaders. The fact that Brazil's ties with Iran have significantly cooled might help. Rouseff recently refused to host Iranian President Ahmadinejad during his Latin America trip.

Ties with communist Cuba remain difficult. When Obama attends the summit of the Organization of American States (OAS) in Colombia, Cuba won't be there. But Piccone warns that it might be different come the next summit. He is worried that a return of Cuba to the OAS would undermine the democratic principles of the group. It would be a hefty blow to the ambitions and achievements of the past years, when democracy became of focus of the region.

But for now, preparations are underway for the Colombia summit. Walser says the meetings with the Mexican president and Canadian prime minister are part of a diplomatic offensive aimed at showing that the US does have its southern neighbors on the radar. But he warns that, among other things, the financial crisis is making it difficult for Washington to invest in gaining more influence in Latin America. Obama will have to appeal to common interests.

Walser says the president will have to find frank words to explain, for instance, that Latin American too would be affected, should the tensions with Iran escalate. So at least during the OAS summit, Walser thinks, Latin America should be at the top of Obama's foreign policy agenda.

Brazil's Dilma Rousseff is on her first trip to the United States since taking office. The US remains a crucial market - and Brazil's huge oil reserves may well be vital for Washington's future energy needs. (09.04.2012)

The world's emerging powers have said that the only way to resolve crises in Syria and Iran would be through dialogue as the BRICS summit came to a close in New Delhi on Thursday. (29.03.2012)

G20 foreign ministers kicked off a two-day informal meeting in Mexico with a whale-watching tour before turning to pressing global concerns overshadowed by the current economic uncertainty. (20.02.2012)