The town of Omaui is trying to go cat-free in order to stop the animals from attacking native species. Cat ownership is increasingly controversial in New Zealand due to conservation concerns. 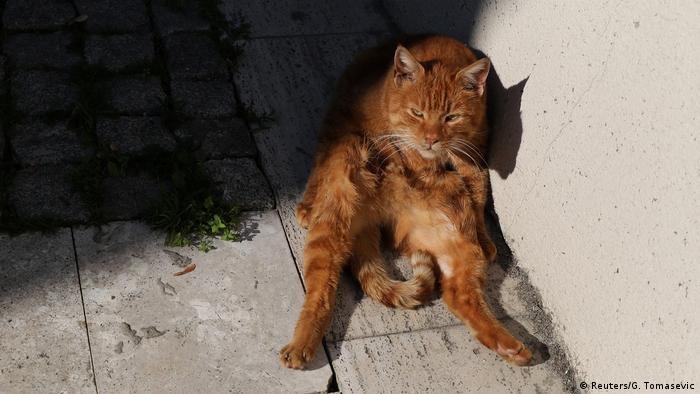 A small town in New Zealand found itself at the center of a national debate between conservations and cat lovers on Wednesday, when a regional council announced plans to make the town of Omaui in the country's Southland region completely cat-free.

The biosecurity plan published by Environment Southland cites specific concerns over bengal cats, which "have the potential to breed with the existing wild population of feral cats to create a more efficient predator," and thus present a significant danger to endemic species.

"We're not cat haters, but we want our environment to be wildlife-rich," Omaui Landcare Charitable Trust chairman John Collins, whose organization is pushing for the ban, told the Otago Daily Times.

But local cat owners told the newspaper that they would refuse to observe the ban. One resident said the rodent problem on her property was so bad, "if I cannot have a cat, it almost becomes unhealthy for me to live in my house."

Domestic cats were first introduced to New Zealand by European immigrants in the 1800s, and the population has grown to 1.4 million in a nation of 4.9 million inhabitants.

Despite their status for many as a beloved pet, cat ownership is not without controversy due to their propensity to attack native lizards and flightless birds, including the national mascot kiwi.

Six bird species, such as the Lyall's wren, have become extinct due to feral cat predation.

Since as far back as the 1920s, several of New Zealand's outlying islands have already banned and eradicated domestic cats.

Earlier this month, New Zealand's Conservation Minister Eugenie Sage suggested that the capital Wellington should introduce a cat ban in order to promote the reintroduction of the kiwi to urban zones.

"I think gradually we'll see people recognize that having wildlife thrive will mean having cats inside - and when your cat dies, then potentially not replacing it," Sage said.

Volunteers in New Zealand have managed to refloat about 100 surviving pilot whales after more than 400 of the sea animals were stranded earlier this week. However, the rescue effort is far from over. (11.02.2017)

With cutting-edge reproductive technology offering hope for the "functionally extinct" northern white rhino, can resurrection science right past wrongs — or is it a distraction from protecting the animals we have left? (05.07.2018)

All the wild horses are extinct: study

New genetic research has revealed that the world's wild horses went extinct hundreds, if not thousands, of years ago. Scientists found that an assumed wild breed, native to Mongolia, were actually domesticated horses. (23.02.2018)