Declassified documents confirm a botched assassination attempt on the British monarch in October 1981. The documents also show that police suppressed any information about the incident from going public. 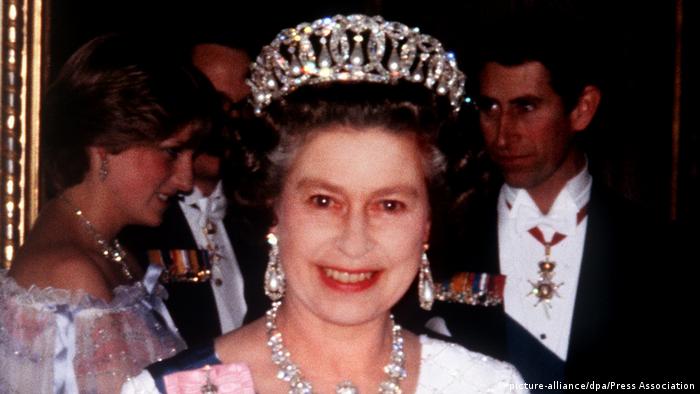 New Zealand police covered up an assassination attempt on Queen Elizabeth II during the monarch's 1981 visit to the city of Dunedin, according to recently declassified documents seen on Thursday.

The SIS documents also confirm the testimony of a local detective who first spoke about the botched attempt and the subsequent cover-up in 1997.

What the documents show

Christopher John Lewis, a local 17-year-old, took up a position with a .22 rifle in the fifth story of a building near to the Otago Museum on October 14, 1981. The Queen, who is New Zealand's head of state, was on her way to the museum as part of her visit.

As the Queen exited her motorcade to enter the building, Lewis fired a single shot, narrowly missing the monarch's head. Police told reporters who had heard the gunfire that the sound was the noise of a council sign falling over. Officers told the royal party they had heard a firework exploding.

Lewis was arrested shortly thereafter for an unrelated crime, but confessed to police he had intended to kill the Queen. Police then found the .22 rifle and a spent cartridge at the location which Lewis claimed to have shot from.

In police interviews, Lewis said he was a member of the National Imperial Guerilla Army along with two other people known as the Polar Bear and the Snowman. He later said the organization and the two accomplices were "a figment of my imagination."

The SIS later said: "Lewis did indeed originally intend to assassinate the Queen, however did not have a suitable vantage point from which to fire, nor a sufficiently high-powered rifle for the range from the target."

Despite the evidence, police decided against charging Lewis with treason and only pursued burglary and firearms charges. Lewis committed further crimes after his release before committing suicide in 1997.

After the New Zealand website approached the police with information about the cover-up, a spokesman confirmed that a probe had been launched.

"Given the interest in this historic matter, the Police Commissioner Mike Bush has asked the Deputy Commissioner National Operations, Mike Clement, to oversee an examination by current investigation staff of the relevant case file."

Tom Lewis, who headed the initial police investigation and is not related to Christopher, went public with the assassination attempt and the subsequent cover-up in a 1997 interview with The New Zealand Herald. Stuff reported the detective never thought the truth about the case would ever be revealed.