A union dispute is brewing at New York's Metropolitan Opera, where artists are facing wage cuts. Met manager Peter Gelb tells DW a shift in cultural attitudes is at the root of the opera house's financial troubles. 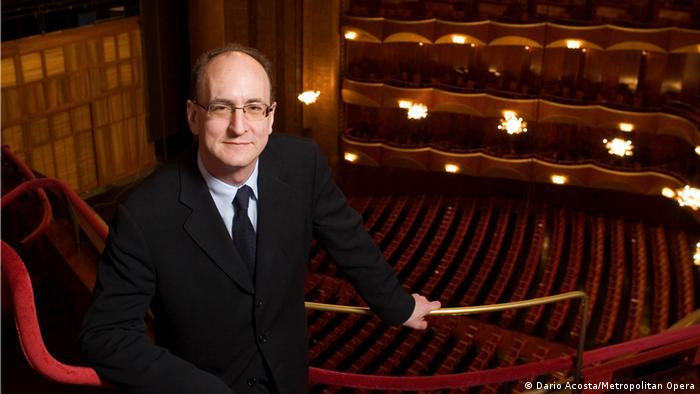 DW: The latest labor talks have gotten off to a contentious start. Unions are preparing for a possible lockout next season. Does this off-stage drama represent a crisis more serious than the Metropolitan Opera has seen before?

Peter Gelb: Well, what I'm trying to do is avoid a crisis. The reason that we are asking our unions for the first time in decades for a concession in terms of their wages is because I'm trying to avoid the situation that has become prevalent in the non-profit performing arts world - particularly with opera companies in recent months and years -where companies are facing extinction because of an unsustainable business model.

When I first came to the Metropolitan Opera in 2006, I was aware of the problems and the financial challenges. But I hoped that it would be possible to earn our way out of these financial challenges by increasing ticket sales and by launching our very successful movie theater showings. But in the last few years, it's become obvious that in spite of our successes, the audience for opera is not increasing. Even though we have millions of people watching us in movie theaters, the audience in the opera house is not increasing, and the expenses continue to increase.

We are at a point where we have an unsustainable cost structure.

Could you detail these financial challenges?

The basic operating costs in the Metropolitan Opera are slightly over $300 million per year. This year, it's about $310 million. Two-thirds of those costs - $200 million - are being spent on union labor and visiting artists as well. So, two-thirds of our budget are going to unions through wages and social benefits. 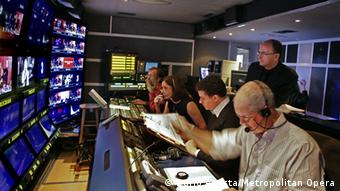 Would you say that's too much?

It's too much when the revenues are not enough to support it. Certainly, it is not a secret that the artists who work here - the members of our orchestra, the members of our chorus, the stagehands - are all among the very best in their business. They work very hard. They are achieving great results.

The problem is that we can't afford to pay them what they're making if the revenue side doesn't match it. A regular member of the chorus makes on average - and there are 80 members of the chorus - $200,000 a year, but the cost to the Met is actually $300,000 a year because of the additional costs of social benefits, which are pensions and medical care.

Most companies in this country have benefit programs that are 15 to 25 percent of the wages. Ours are 50 percent. It's not that I don't want the Met to continue to be generous. I want the Met to survive, and by surviving, the employees, who understandably don't like the idea of having their wages cut, will survive as well.

You mentioned you want the Metropolitan Opera to survive. Do you really see the future of the Met in danger?

I see the future of the Met in danger if we don't take action. It's like any business. It cannot be a rudderless ship. Grand opera is in itself a kind of a dinosaur of an art form, and that's why when I came to the Met I was determined to make opera more accessible, to improve the quality of opera education in this country, to mount a modestly increased slate of new productions from what had been done before. 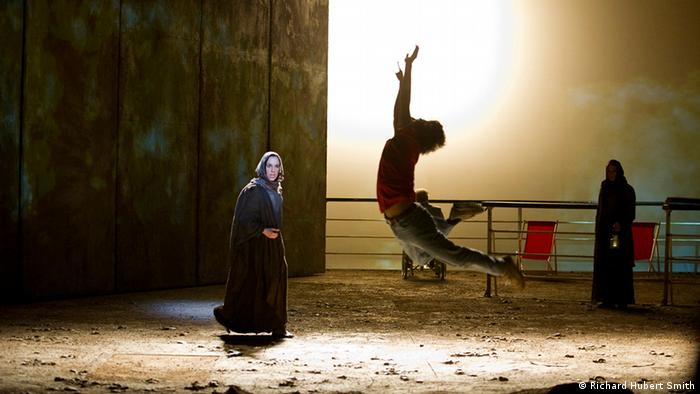 Gelb has upped the number of new productions at the Met, like 'The Death of Klinghoffer' in 2014

You're talking about successes with increasing revenue at the Met, but on the other hand, the box office profits dropped dramatically in the last year. What is the reason for that, and is that not the responsibility of the management?

The responsibility of the management is to try and be flexible and adjust to changing economic situations. The problem that we face is a social and cultural problem, and the question is not whether I think I'm doing a good job or not in trying to keep the opera alive. It's whether I'm doing a good job or not in the face of a cultural and social rejection of opera as an art form. And what I'm doing is fighting an uphill battle to try and maintain an audience in a very difficult time.

Is it perhaps time to rethink the Met's funding scheme, and could Europe serve as a model in doing so?

I don't think any one system is the perfect solution. In fact, the amount of money that the Met has been raising from donors, which have been giving the Met an average of $140 to 150 million a year, is equal to the subsidies that governments give to the biggest artistic institutions in Europe. I don't think either system is perfect.

In Europe - maybe not in Germany to such an extent, although there have been cutbacks of funding in Germany - in other countries in Europe, the cutbacks have been dramatically severe. Opera companies in Italy and Spain have had their funding reduced by 50 percent or more in certain cases. So that, certainly, is not a model for anyone.

Fortunately, our donors have been solidly behind the Met, but they are suffering from many, many years of giving so much money to the Met that they want to see some kind of a light at the end of the tunnel.

Peter Gelb has been general manager of the Metropolitan Opera since August 2006.

A new honor for the Vienna Philharmonic

The famed orchestra has earned the Birgit Nilsson Prize, one of classical music's most highly endowed awards. The official prize conferral will take place in October, attended by the Swedish royal couple. (10.04.2014)

Starting in 2015, Valery Gergiev will serve as principal conductor of the Munich Philharmonic. His stance on politics and support of friend Vladimir Putin have raised concerns about the star conductor's role in Munich. (28.03.2014)

Once the star of the great opera houses, Anna Netrebko came under fire for not distancing herself from Russian President Vladimir Putin. After a break, she's back on stage again. DW saw her in Cologne.

It was another sold-out concert at New York's Metropolitan Opera. More than three and a half thousand people piled into the grand auditorium in the Lincoln Centre. But this time the proceeds from the concert will go towards relief efforts in the Ukraine.