Authorities have arrested and charged the Afghan-born American wanted in connection with weekend bombings in New York and New Jersey. The assailant shot two officers during a firefight in Linden, New Jersey, earlier. 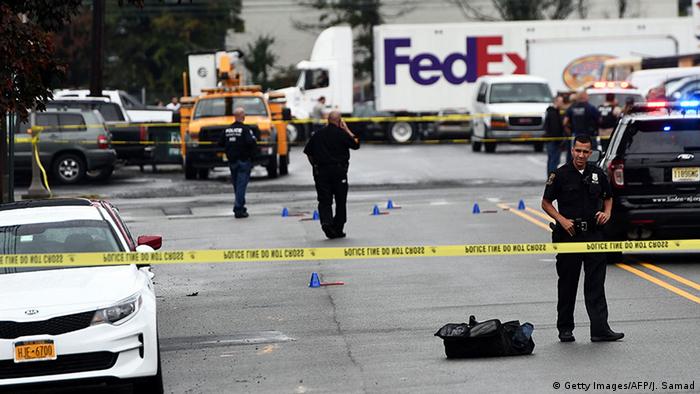 AhmadKhan Rahami has been charged in Union County with five counts of attempted murder of a police officer. Authorities said two Linden officers were wounded while trying to arrest the assailant. Their injuries were not considered life-threatening.

Federal charges in the bombings have yet to be filed. Rahami is reportedly being held on $5.2 million (5 million euros) bail while remaining at a hospital for the time being for the treatment of his wounds.

A video shown by US broadcaster CNN showed Rahami being placed in the back of an ambulance after a shootout with police in Linden, New Jersey on Monday. He had a bloody bandage on his right arm with his torso covered in a blanket.

Linden police Captain James Sarnicki told American broadcaster NBC news that Rahami had opened fire on an officer who woke him from his sleep in a doorway when FBI agents and local police converged on an apartment address near a train station in Elizabeth, New Jersey. Rahami had lived at that address.

After Rahami was arrested, New York Governor Andrew Cuomo decided to call the bombing in the Manhattan neighborhood of Chelsea an apparent act of "terrorism."

"Yesterday there was no hint of any connection to foreign terrorism [...] but there may very well turn out to be a link to foreign terrorist organizations, and that we'll find out today or in the coming days," Cuomo said at a news conference on Monday.

New York City Mayor Bill de Blasio agreed with Cuomo. "We have every reason to believe this was an act of terror," said de Blasio after Rahami's arrest.

A bomb had exploded on Saturday night in Chelsea, damaging buildings and wounding 29 persons. Another device went off while a bomb was trying to disarm it.

The blasts have rattled many residents in the New York City metro area - just days after marking the 15th anniversary of the 9/11 attacks by al-Qaeda hijackers on New York and Washington in 2001.

Five suspicious devices werel ater found on Sunday near the train station in Elizabeth. The town's Mayor Christian Bollwage said the devices were found in a bag in a trash bin by two men who reported seeing wires and a pipe coming out of the package. 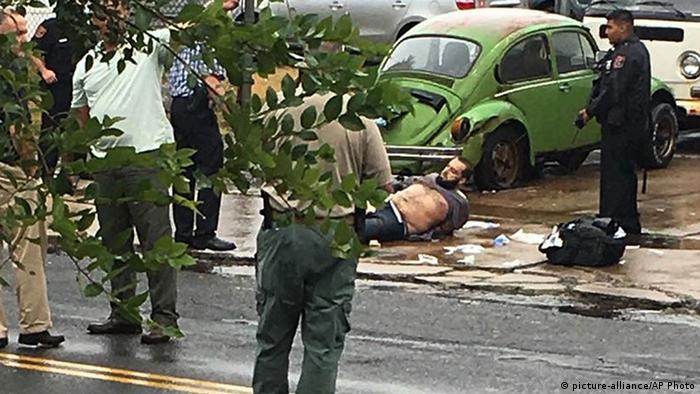 'Not succumb to fear'

President Barack Obama said Americans "must not succumb to fear" after the bombings during a news conference.

"Even as we have to be vigilant and aggressive both in preventing senseless acts of violence but also making sure that we find those who carry out such acts and bring them to justice, we all have a role to play as citizens in making sure that we don't succumb to fear," said Obama.

Obama added that investigators saw "no connection" at this moment between the bombings in New Jersey and New York and a stabbing in Minnesota.

The bombings and subsequent finds came just days before the annual General Assembly of the United Nations in New York.

A suspicious package exploded near a New Jersey train station after a bomb squad robot cut a wire. Authorities are investigating a series of weekend attacks across the United States. (19.09.2016)

The Manhattan blast was caused by a bomb, but early probes have found no link to "international terrorism," New York Governor Andrew Cuomo said. Security forces were on full alert as police searched for suspects. (18.09.2016)