New Year's Eve: How to make resolutions for 2022

Quit smoking, exercise more, eat healthier: Every January 1, we plan to do great things over the next year — only to fail every time. Here's how to make sure your New Year's resolutions work out. 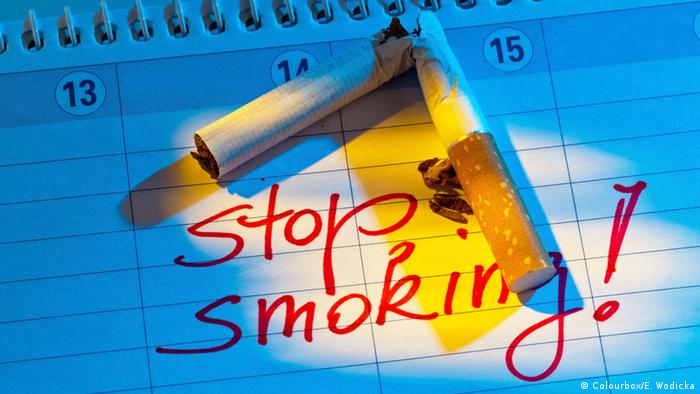 Can you stick to your resolutions this year? DW is here to help.

There is certainly no lack of good ideas for 2022: slimming down, drinking less alcohol, meditating more often, and so on and so forth. Wait a minute! Aren't the resolutions you had this past year, and the year before that (and before that, and before that) amazingly similar to the new ones? Indeed! Perhaps they're even exactly the same.

No surprise! The enthusiasm with which we start each new year is a bit like the fireworks on New Year's Eve: After a loud bang and bright flash, everything soon fizzles out. Eventually, the inner culprit takes control again. And so the misery repeats itself year after year. But it doesn't have to be that way. If you take a few things to heart, 2022 could be a good year for you.

"The biggest mistake you can make is to do too many things at once," psychologist Mario Schuster said. If you not only want to stop smoking, but also ban sweets from your diet and finally start jogging, you're bound to overtax yourself.

"To break old habits, we need willpower," Schuster said. But nobody has that in abundance. Pursuing several goals at the same time also means that our willpower has to be multitrack — and thus is is quickly used up. In the end, we don't get anywhere.

"There's nothing to be said against changing several habits," Schuster said. "The important thing is to take things one step at a time."

So now we have to pick a resolution to focus on. But which? They're all reasonable and sensible, after all. The answer sounds simple: "It must be fun. We need a positive approach to the change we want to make," Schuster said.

"I have to stop smoking" and "I want to stop smoking" may differ only marginally in terms of language. From a psychological point of view, however, it is crucial for the long-term success of a project whether we have to, or want to, do something.

People who spent most of their free time lying on the couch in 2021 and have now made a plan to go jogging for an hour four times a week in 2022 are setting the bar extremely high. Most likely too high.

A proven couch potato should be satisfied if they manage to get up twice a week. Even if it's only for half an hour. "Regularity is more important than duration and intensity," Schuster said. After all, the point is to establish sport as a new habit. Those who don't immediately overtax themselves to the point of exhaustion also have a better chance of retaining the fun (see point 3), and thus also their good intentions.

The resolution has been selected and has taken shape. "Now it may be helpful to tell a few people about it," says the psychologist. Because it strengthens the commitment and provides accountability. A promise that we make alone in a quiet little room is broken more quickly than one we make out loud.

Even if we manage to stick to our best intentions entering 2022, our motivation may eventually suffer — or we may experience cravings for, say, a cigarette. On top of that, the gravitational force of the couch has never been greater!  So we give in, lie down and have a smoke. What now?

"Under no circumstances should you condemn yourself for it," Schuster said. That could derail the entire project. Setbacks are always possible and perhaps even probable. And they are OK!

The focus should be on success es— no matter how small they may seem. This strengthens our self-efficacy, explains Schuster. "Self-efficacy means the conviction of a person to be able to create something by his or her own efforts." Those who maintain this belief in themselves do not throw in the towel so quickly.

6. Better no resolution at all than a bad resolution

Even good resolutions can be bad — when they're difficult to integrate into our lives, or when the driving force is an "I must" and not an "I want."

When we fail spectacularly, and self-condemnation has completely killed our self-efficacy, we must realize that even the best resolution is not automatically good. In some cases, we are better off starting the year without any good resolutions.

Starting off the year with ambitious plans to become a better person is a widespread Western tradition. What are the most popular resolutions in Germany? And here's how the German language can help you deal with yours. (02.01.2019)

What are on people's lists of resolutions in Germany? Worldwide classics and national clichés can't be avoided. A country-wide representative survey reveals all the latest trends. (02.01.2019)