A US teen broke the record for the number of retweets with 3.44 million repeats of his request for free food from fast food chain Wendy's. The boy bested the likes of Ellen DeGeneres and Barack Obama to claim the title. 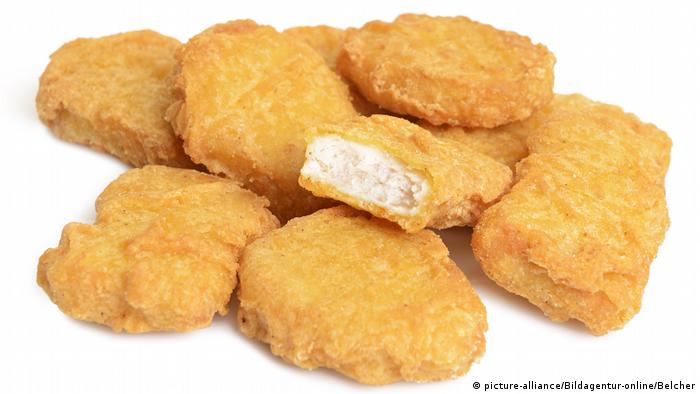 A Nevada teenager surpassed American television host Ellen DeGeneres on Monday for the most retweets of all time. The 140-character message is not filled with celebrities, important news or even the kind of joke that usually goes viral on Twitter - it's a 16-year-old asking for free chicken nuggets.

On April 5, Carter Wilkson of Reno, Nevada asked Wendy's how many retweets he would need in order to get free chicken nuggets for a year:

Wendy's is known for its cheeky Twitter account, famous for its sarcastic responses to users who question its ingredients or comparable unfavorably to competitors. The company's social media team also frequently answers comical requests from customers, such as composing a rap about its menu:

It stands to reason that a company would jump on the chance to market itself to Carter's much-coveted demographic, but no one could have guessed just how much steam #NuggsForCarter would generate. It was helped along the way by some major supporters - a retweet from Apple Music, Amazon and even Twitter's own official account.

Wendy's then announced on Monday that even though the young man had not reached the most-likely-sarcastic suggestion of 18 million retweets, by virtue of breaking the record they would give him his sought after sustenance. The company also vowed to donate $100,000 (92,000 euros) in his name to its founders' charity organization, the Dave Thomas Foundation for Adoption.

Other companies jumped to piggyback on the fast food giant's free publicity, with United Airlines tweeting to Carter that it would fly him to any Wendy's in the country. United is currently reeling from two major public relations disasters in the past months - first when it denied two girls entry to a flight in Denver for wearing leggings, as it was against the dress code for special pass riders, and secondly when a doctor was violently removed from a plane after refusing to voluntarily vacate his seat on an overbooked flight.

Wilkerson's tweet has now bested a record held for several years by comedian Ellen DeGeneres - whose selfie with Hollywood stars including Lupita Nyong'o, Meryl Streep, Kevin Spacey and Bradley Cooper at the 2014 Academy Awards also has some 3.4 million retweets.

Ellen brought Wilkerson on her show as a guest recently, where she and Bradley Cooper joked that they wouldn't lose the record "to some chicken nugget kid."

After Wilkerson and Ellen, some of the top 10 most retweeted messages are from former US President Barack Obama, and the members of famous boy band One Direction.

The micro-blogging service plans to offer an advanced Tweetdeck experience with more powerful options for businesses and power uses under efforts to broaden its revenue base in view of dwindling advertising income. (24.03.2017)