An alarming new health study showed Friday a surge in obesity levels, with more than one in 10 of the world’s adult population now carrying too much weight. In Germany, record high cholesterol levels were of concern. 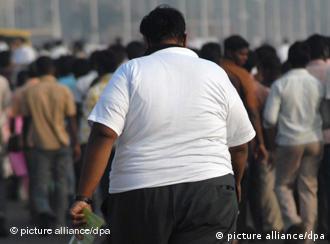 More than half a billion humans are now overweight

According to a new report published in the medical journal "The Lancet" on Friday, a "tsunami of obesity" is washing over the world. The authors of the report say there has been a near-doubling of the numbers of dangerously overweight adults since 1980.

This equates to nearly one in nine adults, or around half a billion people, now being considered clinically obese. This weighty problem is prevalent in both rich and developing nations, with women more likely to be obese than men.

In Europe, Italy was the only country where average weights actually dropped, and, along with France and Switzerland, it's home to some of Europe's slimmest people on average. Indeed, much of the developed world saw reductions in average blood pressure and cholesterol over the last 30 years.

In contrast, however, stood Germany.

According to the paper's senior author, Professor Majid Ezzati, the German lifestyle over the last 30 years has pushed cholesterol levels through the roof.

"Germany didn't do too well, actually it did quite poorly in terms of cholesterol, so Germany has one of the highest cholesterol levels in all of Europe," Ezzati told Deutsche Welle. "Of the 44 countries, it's around 39th for women and 42nd for men. And in terms of the change, also, it didn't have the impressive reduction that places like Finland or the UK could boast." 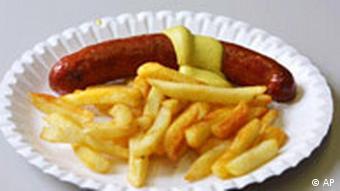 Some German cuisine is known to be extremely unhealthy

The report stated that high cholesterol levels, plus obesity, caused up to three million premature deaths each year around the world. High cholesterol can also lead to angina, heart disease and strokes.

Much work to do for Germany

Ezzati said that, in Germany, the story of obesity, which can often accompany high cholesterol, is not so bleak, but it could still be improved.

"Germany, in the case of its obesity, was about in the middle of the group among European countries. It had the 21st lowest BMI for women among all of the 44 countries in Europe, and the 34th lowest for men, so towards the high side for men," he said, making reference to body mass index (BMI), the measure of body fat based on height and weight.

"And in terms of its changes, [Germany is] not doing that great when compared to Europe. There are places like Italy or France or Switzerland, where female obesity has been almost constant, it has not gone up. But in Germany's case, it has gone up both for men and for women," the paper's senior author added.

Ezzati has interpreted the study results to show that every person in the world has gained more than 1 kilogram, on average, each decade since 1980. The cause, he said, was open to speculation.

"Obviously it would be a combination of eating more and being less active, but the part of how much each of these is contributing is actually quite hard to establish - partly because each of them is quite difficult to measure." 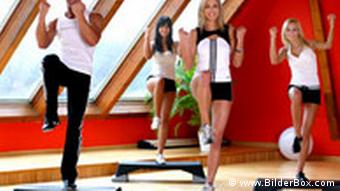 The reports authors say fitness levels may have dropped

Obesity researcher Rebecca Muckelbauer from the Berlin School of Public Health said that, in the German context, environmental changes may underpin this weight surge. But she agreed with Majid Ezzati in that the problem for policymakers was that the causes of obesity were still poorly understood.

"There is research lacking, and of course we can suppose that eating more fruits and vegetables helps to prevent obesity, but in fact until now … we don't have the evidence for effective prevention programs," she told Deutsche Welle.

But how much could prevention programs compete with German cuisine - known to be full of artery-clogging, salty meats and cheeses? Muckelbauer said much could be learned from the country's southern neighbors.

"One evident point is that they are lacking a little bit in the Mediterranean lifestyle and diet - a lot of fruits and vegetable and less meat. I think that's one point of the German problem in obesity," she said.

The authors of the study said their findings should give governments a chance to implement policies that led to healthier diets, especially ones with a lower salt intake. They said there must also be a re-evaluation of ways to improve obesity detection and control through national healthcare systems.

But, for now, Professor Ezzati's suggestion is that more exercise would be a good place for many Germans to start.

Whether its dioxin in Germany, deadly powdered milk in China or mad cow disease infecting cattle in the UK, green activists in Germany say there's something rotten about industrial food production. (12.01.2011)

Health experts from the Organization for Economic Cooperation and Development have expressed alarm at new figures that show obesity in the 33-nation body is on the rise. (23.09.2010)