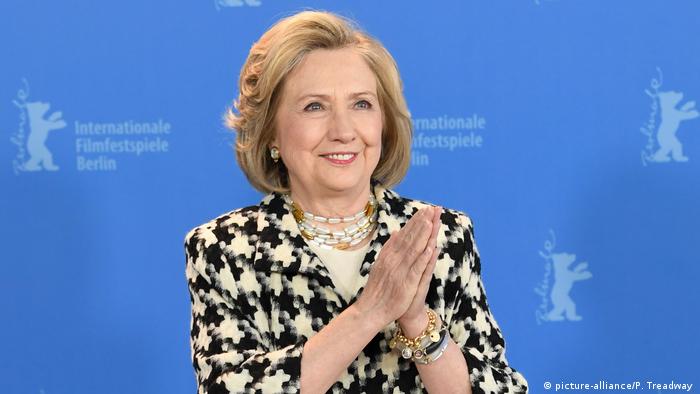 Following its Sundance premiere in January and ahead of its release on streaming platform Hulu on March 6, Hillary, the new documentary miniseries on Hillary Diane Rodham Clinton, was screened this week at the Berlin International Film Festival.

"It's about a woman who's been incredibly polarizing in American history, who's been both vilified and glorified," director Nanette Burstein told DW of her 252-minute, four-part documentary. "It's really about unpacking and understanding who that real person is, where all this mythology comes from, and what's the truth."

Clinton: Not looking back on legacy yet

The initial idea of the film was not to create a legacy-building document, but rather to look into the 2016 election, drawing on the nearly 2,000 hours of backstage footage from Clinton's campaign.

The first woman to win the popular vote in an American presidential election, Clinton said at a press conference on Tuesday at the Berlinale that she wasn't yet ready to discuss the legacy of her pioneering political career: "I'm not looking backwards, I'm still looking forward," she said. "I'm always asking, What's next?"

In its final form, the documentary goes way beyond the events of 2016, exploring the former presidential candidate's youth and her political evolution leading to that campaign. "It was entirely my idea to make it a story about her whole life," said Burstein, who convinced a reluctant Clinton that her biography could be used to look at the history of feminism and of US politics.

Contributing to the film are more than 45 people who've worked or studied with Hillary, including and Bill Clinton and Barack Obama. 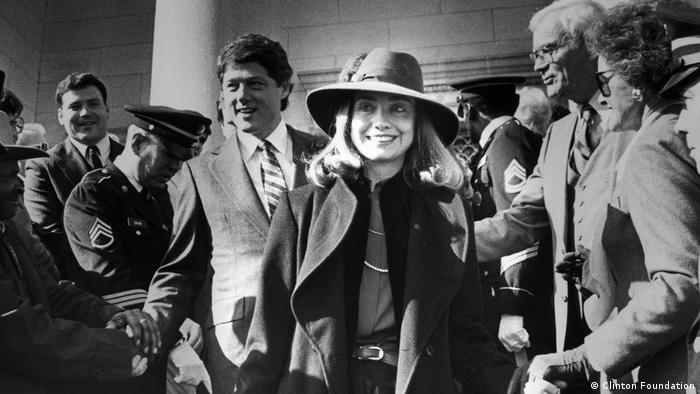 'Hillary' explores the rise of the Clinton mythology

While the goal of the film is to reveal the real person behind the former First Lady and US secretary of state, Hillary appears incapable of completely letting down her guard. She also demonstrates the unflappable determination of an experienced politician who keeps going despite tragedy and challenges.

That fortitude and her ability to bounce back is something that impressed Burstein: "I don't know if could do it," she said.

To realize the project, the filmmaker became the ultimate Hillary expert: "I studied her intensely, interviewing her over seven days, as well as her family, friends and journalists who've followed her, read every book on the topic, seen every piece of archival footage that has ever existed."

The director found Clinton to be more accessible, candid and capable of self-reflection than she had initially expected. For instance, the politician does not hesitate to reflect on the fact that many people see her as inauthentic: "I provoke strong opinions," says Hillary in the film.

An image affected by gender boundaries and past scandals

According to Burstein, Clinton's perceived inauthenticity especially reflects on gender politics in the US. "She's been in public life for over 30 years and she has pushed boundaries of what women have been allowed to do," the director said.

"She's tried to inhabit roles that have been largely inhabited by men and that has made a lot of people uncomfortable."

But the filmmaker added that gender is not the only aspect contributing to Hillary's image problem: "During the 90s, during the Clinton administration, there were a lot of scandals and accusations of corruption of all kinds. And even if they were disproven, that lingers."

The First Lady who had to deal with her husband's infidelity in public now tries not to look back because it's too painful. "She's someone who's very forward-looking. But obviously [the scandals] come to haunt her all the time," said Burstein. 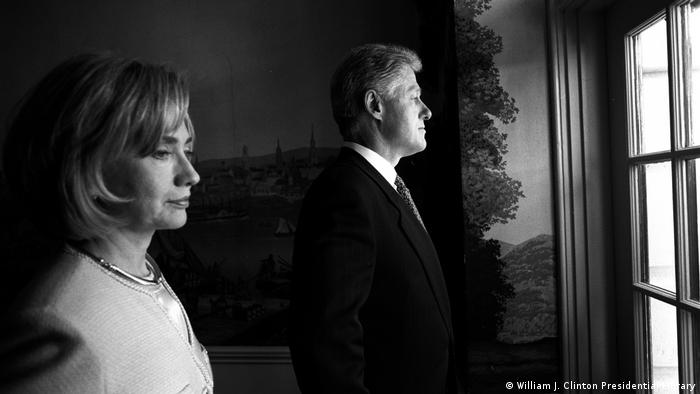 Bill and Hillary discuss the Monica Lewinsky affair in the film

Another statement from the documentary came back to haunt Clinton in January. In the film, she does not hide her contempt for Bernie Sanders, her rival for the 2016 Democratic nomination for President.

"Nobody likes him, nobody wants to work with him, he got nothing done. He was a career politician. It's all just baloney and I feel so bad that people got sucked into it," the former Secretary of State says.

As the documentary premiered at the Sundance film festival in January, Clinton told The Hollywood Reporter that she still stood by those words.

The quote was picked up by US media outlets, drawing outrage from Sanders' supporters; the hashtag #ILikeBernie trended on Twitter. Clinton somewhat clumsily tried to weaken her statement by saying, "It was like 15 seconds in a four-hour documentary."

Beyond that, Burstein also feels that the news media distorted things in their reporting of that story: "When she talks — very candidly — in my film about Bernie Sanders, those were her real feelings, having run against him in 2016," said the filmmaker.

She added that "the quote was taken out of context, as if she was just saying it today and trying to insert herself in the 2020 election."

At the Berlin press conference, Hillary Clinton adopted a neutral stance, stating that she'd even be ready to support Sanders — without naming him directly: "I'll wait and see who we nominate, and I will support the nominee," she said. "And it won't surprise you to hear me say that I think that it's imperative that we retire the incumbent.''

Brent Goff contributed to this report.

If the world could vote - Clinton or Trump?

Who would become US president if everyone in the world could vote? Where would Clinton emerge victorious and where would Trump win? Cast your ballot here. (07.11.2016)

Hillary Clinton has hinted that, of the 2020 Democratic presidential candidates, Tulsi Gabbard is "the favorite of the Russians." Gabbard said there has been a "concerted campaign" to destroy her reputation. (18.10.2019)