The archeologist Hermann Parzinger has taken up the position of head of the Foundation of Prussian Cultural Heritage, the largest and one of the most significant cultural organizations in Europe. 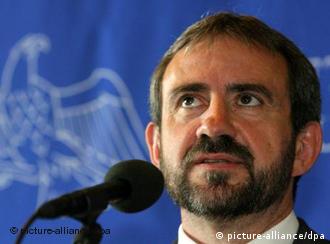 Parzinger, 48, is the new head of the prestigious foundation

Established in 1957, the foundation has 2,000 staff members, a budget of more than 250 million euros ($376.2 million), 17 museums, and well as libraries and research institutes. It includes renowned museums such as the Pergamon Museum, with its vast collection of Classical and Middle Eastern antiquities, and the New National Gallery, which specializes in modern European and American art.

Born in Munich is 1959, Parzinger was previously the head of the German Archaeological Institute, which he expanded and modernized. In an AP interview, Parzinger admitted it would be difficult to have less time to dedicate to his passion of archeology, but described his new task as "amazing" and said he was "greatly looking forward to it."

The prehistorian speaks 10 languages, including Turkish, Farsi, Russian, Spanish and Greek, and has taken part in numerous archeological digs in countries, more recently in Russia and Kazakhstan. 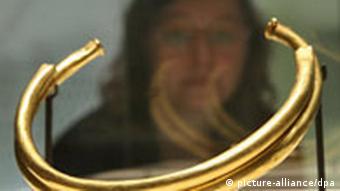 Parzinger has specialized in the Scythian culture, which was the focus of a major exhibition in Berlin last year

For more than a decade, he has intensively researched the Scythians, a nation of horse-riding nomads originally of Iranian stock. Two years ago, as head of an international archeological team, Parzinger presented his most spectacular find: a unique mummy of a Scythian warrior unearthed from a burial mound in Mongolia.

"He has the ability to spot connections, international networks, a strong drive and adept people managing skillsm," Neumann said.

Neumann added that Parzinger's long working partnership with Russian colleagues could mark a turning point in the heated dispute between the two countries over trophy art. 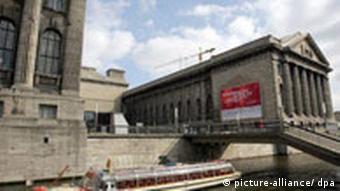 The planned renovation of Berlin's Museum Island has been contentious

Moscow ascertains that art looted by Russian soldiers at the end of World War II is Russian property, while Germany says the works belong back in the museums they were taken from.

In addition to trophy art, another big challenge for Parzinger in his new position is the restoration of the museums on Berlin's Museum Island, a mammoth 1.2 billion-euro project that was started under his predecessor, Klaus-Dieter Lehmann. Lehmann will begin his new job as head of Germany's cultural institute, the Goethe Institute, on April 1.

He has also said his main tasks will be to create a better network between the different institutions within the foundation, as well as to strengthen the research aspects.

Search for Nazi Loot Kicks Off in Germany

German treasure hunters have begun drilling near the Czech border in search of priceless loot hidden by the Nazis. Information about the goods came from a man whose father was a former Luftwaffe radio operator. (27.02.2008)

British architect David Chipperfield has unveiled his revised plans for a structure intended to link all five major musuems in Berlin's Museum Island complex, but not everyone is happy. (28.06.2007)

What's your favorite museum? Don't forget to include your full name and country in your reply.