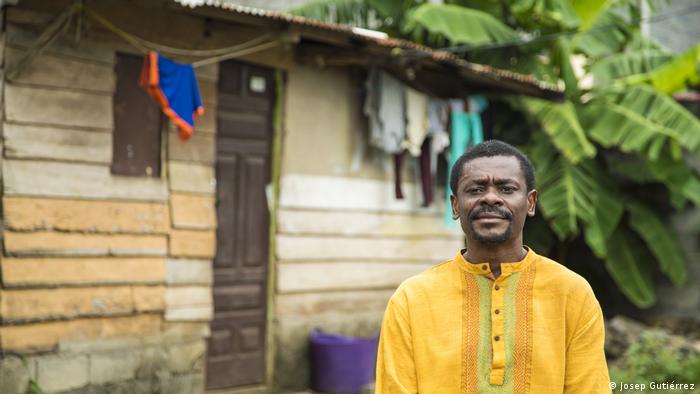 "I am a refugee in Spain, but I have never applied for legal status. This way, I can come back," says Juan Tomas Avila Laurel as he stops at the courtyard gate of the house where he lives in Barcelona.

For the writer, home remains a small residence without running water in Malabo in Equatorial Guinea, more than 4,000 kilometers (2,500 miles) away.

The state between Cameroon and Gabon on the West African coast is one of the smallest in Africa, covering an area that is smaller than the German state of Brandenburg. Its tiny population of 1.4 million might be much higher if it wasn't for a decades-long exodus from the country under the regime of President Teodoro Obiang Nguema Mbasogo, who has ruled for over 40 years.

After taking over in a coup, he has routinely imprisoned and killed those who oppose him. 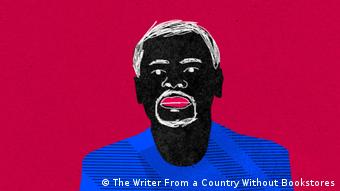 Juan Tomas Avila Laurel has been living in Spain, the former colonial power of Equatorial Guinea, since 2011. The author fled his home country following a hunger strike in protest against the "hopeless and worrying social, economic and political situation."

Soon after, he and Spanish director Marc Serena began preparations for a film that would document the conditions in one of the world's longest-ruling dictatorships.

It took years before it could be filmed and edited. But after the film was shown for the first time in Germany at the Tübingen film festival CineLatino in July 2020, the documentary film titled El escritor de un país sin librerías (The writer from a country without bookshops) was extremely well-received at the Frankfurt Book Fair in October. 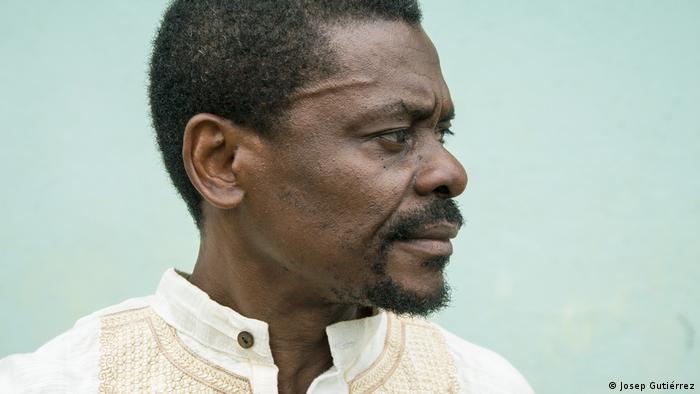 In 2018, Marc Serena accompanied the politically persecuted writer on a journey back to his home country. "The most remarkable thing about this film is that it could be made at all," says Serena. "There were so many people who helped us, all of whom we can't mention without putting them in danger."

The film offers rare insights into a country that very few people visit. Visas are denied, while the lack of infrastructure ensures that the beautiful beaches, especially on the islands, remain untouched by tourism.

While large oil deposits were discovered off the mainland in the 1990s, the film shows that most people continue to live at a subsistence level, that many households do not have running water, and that education is suffering under the control of the Catholic Church.

The president's son, Teodorin Nguema Obiang Mangue, unabashedly shows off his luxury cars, motorcycles and airplane on Instagram. Meanwhile, the film shows local fishermen going out to sea in dilapidated wooden boats and returning with a ridiculously small catch.

The film was already made, however, before the February 2020 ruling in a Parisian court that the so-called "Prince of Malabo" had enriched himself with hundreds of millions of euros, confirming a 2017 suspended prison sentence and fine of 30 million euro ($35 million). 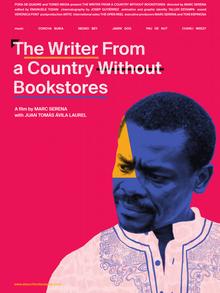 Juan Tomás Avila Laurel writes in Spanish, the language that is still taught in the schools of Equatorial Guinea. His actual mother tongue is Annobonese, which is spoken by hardly 5,000 people on the island of Annóbon, where he was born in 1966. His books are hardly available in his home country.

It doesn't help that bookstores are non-existent. The single store in the capital Malabo was closed and moved to the outskirts of the city. "When it comes to cars or refrigerators, importing is not a problem," noted the author. "But books ... there is no interest in bringing culture closer to the people."

There is no organized political opposition in Equatorial Guinea. In the documentary, Avila debates with three friends, including Melibea Obono, a well-known novelist, political scientist and LGBTQI+ activist — a long-repressed movement in the country.

The colleagues do not explicitly criticize the government; they mainly talk about Avila and his work. But the mere fact that they appear openly in this film exposes them to the danger of arrest and imprisonment like many other intellectuals and artists.

Rapper Jamin Dogg, however, whose song gives the documentary its theme, could not escape that danger and was locked away in prison because of his anti-authoritarian lyrics.

Indeed, the loudest protest comes from the African nation's musicians: Shortly before the end of the film, rapper Negro Bey performs his protest song "Letter to the President" on the street — until the police arrive. What happens after that remains in the dark: Serena and Avila cannot say anything about the incident in public without endangering themselves and others.

Ironically, Avila has found himself back in his homeland for an extended period in 2020. The COVID-19 pandemic has kept him in the country — which is one of the worst equipped to fight against the virus — longer than he had originally planned.

Juan Tomás Avila Laurel himself has published 17 volumes of novels, stories and poems in Spanish. Among his most famous works are Arde el monte de noche ("By Night the Mountain Burns", 2014) and Panga Rilene, a dystopic science fiction story that has helped shape the genre of Afrofuturism.

Red Burdel, his latest book, was published in Spanish in February 2020.

This article was translated from its German original by Stuart Braun.

COVID-19 restrictions overshadowed the 2020 edition of the Africa Film Festival in Cologne. The filmmakers discussed the downside of the pandemic at screenings of films that delve into topics like stigma and Afro hair.