How should a German know what a "Bad Bank" is? But the word is now all over the German news. Two new editions of standard dictionaries try to help in the endless process of keeping German - and Germans - up to date. 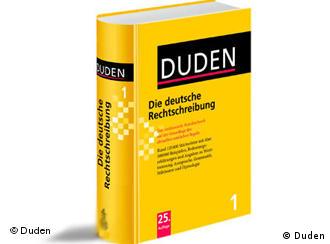 "Bad Bank" is only one of 5,000 new entries in the new Duden. "Bank" is a German word, and means the same as in English, but "Bad" is not so obvious. So that's where the 25th edition of the Duden dictionary comes in. 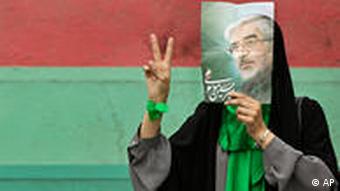 Ever since the Iranian protests began, Twitter has become part of our world

In the last few days, both the classic authorities on the German language, Duden and Wahrig, have published new editions of their reference works. New words, such as "twittern" (a German verbal form meaning "to send a message via Twitter") or "Komasaufen" ("saufen" means "to drink," "Koma" means "coma," so "Komasaufen" means "binge-drinking") reflect new social realities.

In exchange, some words have had to go. But not many people will miss "Portechaise" (a French loan-word for "sedan chair"), or "Apostilb" (which means "apostilb" in English - and I bet you'll have to look up the English word!). Altogether, there are now 135,000 words in the Duden and 130,000 in the Wahrig. Each edition gets bigger and bigger: the first Duden in 1880 had just 27,000 words. 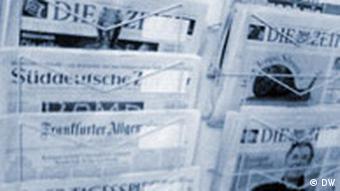 German newspapers are a major source of new words

Once upon a time, such works were the product of endless reading; staff would read newspapers, magazines and books and note every new word. Now, says Duden editor Werner Scholze-Stubenrecht, "We've computerized the entire annual output of many magazines and many books. We can do a statistical analysis and determine: Aha, this word is being used a lot!"

Words only get into these dictionaries if they have really become part of the German language. The head of the Duden editorial team, Matthias Wermke, says on the company website, "We consider that they have done so if they can be found in substantial numbers in several different kinds of texts, from newspapers to literary works. One-day wonders don't have any place in Duden."

Some words do take their time, though. "It-Girl" was first used to describe Clara Bow in a silent film in 1927, but it's only just made it to Duden, perhaps because it has re-emerged in English in the last few years.

But many of the new entries are based on the wonderful German way of combining existing words to make something new. "Herdprämie" (from "Herd" meaning "hearth" and "Prämie" meaning "prize") refers to the government payments made to German parents if they decide to stay at home and look after their children. 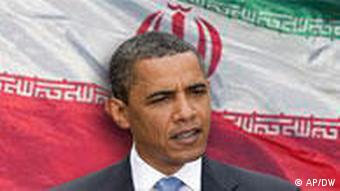 Is President Obama on a Kuschelkurs with Iran?

Or there's "Kuschelkurs" (from "kuscheln" meaning "cuddle" and "Kurs" meaning "course"), which refers to a policy of not being too tough with someone - so, some people might say that President Obama is operating a "Kuschelkurs" towards Iran.

There are many who complain that Duden and Wahrig do not adequately protect the language from foreign influences: while new words made of German elements are acceptable, "After-Show-Party" or "Best-of" (as in "The band has issued a new Best-of collection") are destroying the language from within.

"We're not the police"

Scholze-Stubenrecht says that Duden isn't the language police: "People have to decide for themselves which words they use, and which they don't." 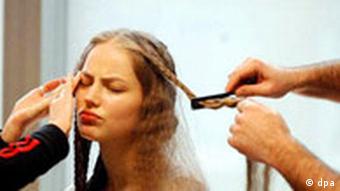 Here's someone who is not enjoying a visit to the Frisoer

Many words refer to things which have been imported from abroad, and the words have come with them, like "Sashimi" or "Chorizo."

But, except during the rule of the Nazis, Germans have always been prepared to take on words from foreign languages, "Restaurant" or "Computer," for example. Words were often Germanized in a fairly rough and ready way, like "Frisoer" for the French "friseur" or "hairdresser." Now we have "Blogosphaere" for "blogosphere."

But the real strokes of folk genius occur when a German word is mixed with a foreign word to create something which is totally new, like "urcool," which adds German prefix "ur-," meaning "primordial" to the well-known English colloquialism. Now, how urcool is that!

While lovers of the German language have long bemoaned a seeping infiltration of mainly English words, a search is on to find the most beautiful word with a migrant history. (16.02.2008)

Impossible Is Nothing, except understanding ads in English

After years peddling anglicisms, German advertisers have rediscovered their own language. If the advertising industry is a barometer of the zeitgeist, what does this say about the state of the nation? (16.11.2007)