A group of Berlin residents has discovered a 20-meter section of the Berlin Wall near the seat of Germany's BND intelligence agency. Officials announced the discovery as Berlin commemorates the wall's victims. 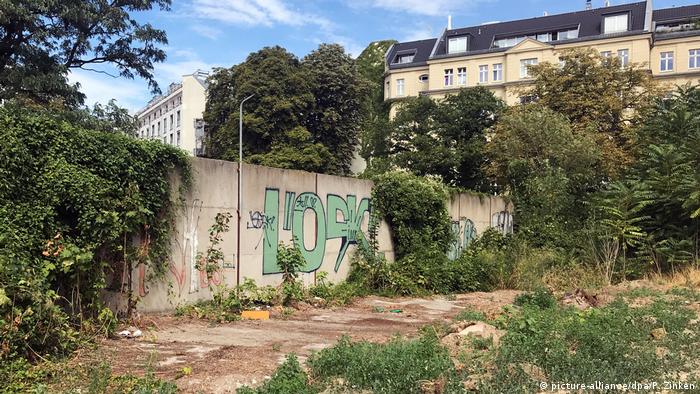 A lost segment of the Berlin Wall was rediscovered by a group of citizens who were out on walking tour in the city's northwest, councilor Ephraim Gothe said on Monday, as Germany marked the 57th anniversary of the beginning of the wall's construction.

Gothe was among the group of trekkers who found a 20-meter (65.6-foot) section of the wall that had allegedly been obscured by bushes in June. The segment is a part of the outer defense perimeter that was built to provide additional security to the main wall. Gothe and other members of his group stumbled upon the wall near the modern-day headquarters of the BND intelligence agency.

The Berlin Wall Foundation confirmed that the structure was authentic.

"There can always be new smaller sections hidden somewhere around the city," the foundation's representative Gesine Beutin told DW.

Although all the major segments of the wall have been mapped out by the early 2000s, it is still possible that some parts of it were overlooked, according to Beutin. Also, the 155-kilometer (96-mile) barrier that wound up around West Berlin included various kinds of battlements, and not just the famous reinforced concrete wall, she added.

"On the outer ring, on the border to the state of Brandenburg, there were also fortifications with fences and barbed wire, of course, but it didn't always look the way we usually picture it," Beutin said.

Also on Monday, Berlin Mayor Michael Müller and other senior officials laid down a wreath at the central memorial for Berlin Wall victims to mark the anniversary of the wall's construction.

The leadership of East Germany started building the heavily reinforced barrier on August 13, 1961 in a bid to stop people from fleeing to the West, although Communist officials justified it by saying it was meant to protect the state from western meddling. Over 100 people were killed while trying to cross the barrier. The wall was demolished 27 years later on November 9, 1989.