Never Look Away is Germany's submission for the Oscars

Florian Henckel von Donnersmarck's postwar drama Never Look Away is Germany's submission for the Academy Award for best foreign language film. The filmmaker was behind the Oscar-winning The Lives Of Others. 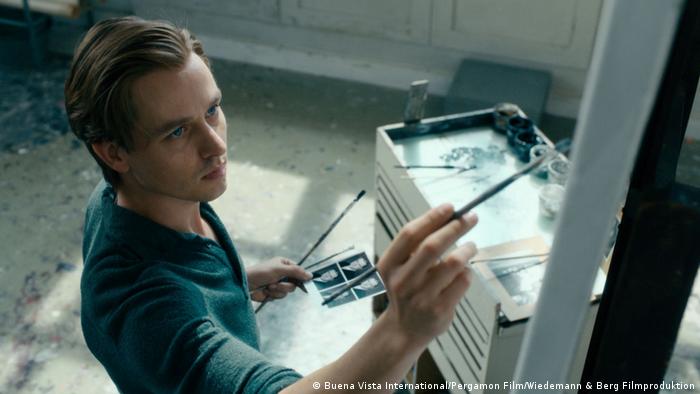 Never Look Away, starring German actor Tom Schilling, is about an artist who manages to escape the GDR but continues to be tormented by his childhood under the Nazis and his later experiences under East Germany's oppressive Communist regime.

Selected by industry group German Films among a list 11 films, it was chosen because "it tells the moving story of an artist in post-war Germany, a time in which it was difficult to find one's own artistic language," the German Films jury said in a statement on Thursday.

"Supported by a fantastic cast of actors, the film contains great poetic moments while at the same time exploring a fundamental question that is still relevant today: finding one's own voice," the statement said.

Filmmaker Florian Henckel von Donnersmarck is the director behind one of the only three Oscar-winning German works that were recognized in the best foreign film category. His acclaimed debut The Lives of Others was another drama about the East German socialist state.

Never Look Away is now competing at the Venice International Film Festival, which ends on September 8.

Each country is invited to submit one film for the best foreign film category to the Academy. Among all submissions, five official nominations are to be selected by the Academy's members.

The Oscar ceremony will be held on February 24.

Big stars, big budgets and big expectations: that's what awaits filmmakers who make the switch to Hollywood. Florian Henckel von Donnersmarck is the most recent German director to switch to Hollywood with "The Tourist." (10.12.2010)