A civil court in the Netherlands has ruled that the country shares the blame for the deaths of 300 Muslim men killed in the 1995 Srebrenica massacre. However, the court said there was no liability for most of the deaths. 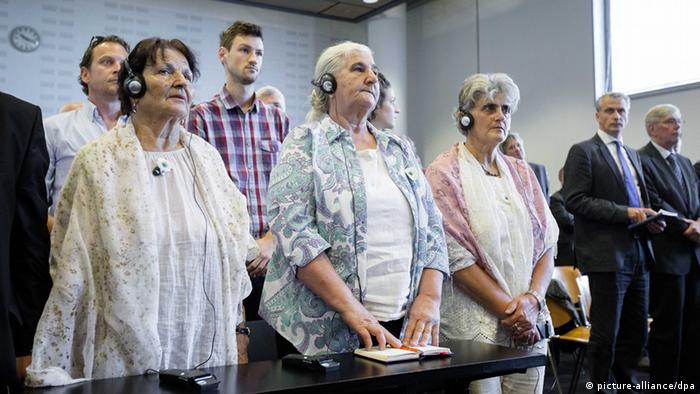 The ruling from a civil court in The Hague on Wednesday states that the Netherlands is responsible for the deaths of 300 men killed in the Srebrenica massacre that began on July 13, 1995. A group called Mothers of Srebrenica (pictured above in the courtroom), representing relatives of the victims of the massacre during the Bosnian War, brought the case to the court.

The decision said the Dutch state was liable for the deaths of 300 men who were killed at the hands of Serbian forces led by general Ratko Mladic. These 300 men had sought refuge at a compound controlled by the Dutchbat (the name of the Dutch UN force) in the nearby village of Potocari. When Serbian troops overran Srebrenica, the men were ordered to leave Potocari.

"Dutchbat should have taken into account the possibility that these men would be the victim of genocide and that it can be said with sufficient certainty that, had the Dutchbat allowed them to stay at the compound, these men would have remained alive," the court said.

Srebrenica had been designated as a safe zone for Bosnian Muslims by the United Nations, but Serbian forces ignored this order and advanced on the town. The UN troops surrendered the town without a fight when the Serbians under Mladic advanced, allowing many Muslim men and boys to be taken by the Serbs. Over 8,000 were killed in Srebrenica and buried in unmarked graves.

The Dutch court ruled the Dutchbat were not responsible for the deaths of those people who were captured as the Serbians rolled through Srebrenica, saying the liability pertained only to the deaths of the 300 men who had sought refuge at Potocari and were then turned away.

"By cooperating in the deportation of these men, Dutchbat acted unlawfully," the court said.

Relatives of the 300 men referred to in the court ruling are entitled to compensation, the court said.

Mladic, along with the Serbian political force behind the genocide, Radovan Karadzic, are both on trial in a UN war court for genocide and war crimes.