It hasn't taken this long to form a Dutch government since 1977. Four parties will come together to form a coalition that will only have a majority of one seat in the lower house. 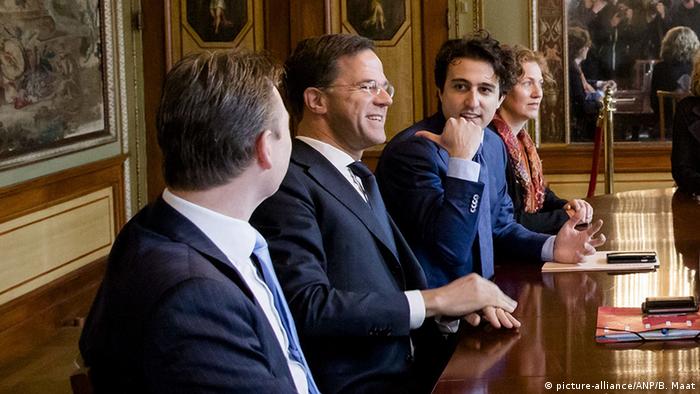 Four Dutch political parties finally made a deal to form a coalition government on Monday, 209 days after the election.

The leaders of the four parties had been in negotiations since the March elections, trying to form a government. Prime Minister Mark Rutte's business-friendly liberal VVD party, the progressive D66 party and the Christian CDA and Christian Union parties will form a coalition if the agreement is given the all-clear by the various parties.

The negotiations surpassed the record-setting 208 days required to a form a coalition government in 1977.

The new coalition will control just 76 seats in the 150-seat lower house, giving it a slim majority.

"Exactly on the day that the government formation will surpass the previous record to form a government, there is ... an agreement. We are sharing it with our MPs this afternoon," he added

Read more: Why the Dutch need three months to form a government

Rutte will likely remain prime minister, but the other cabinet posts are expected to be unveiled on October 23, according to public broadcaster NOS.

"At last, at last... I am happy. I think it's an even-handed accord in line what everybody wants," said D66 leader Alexander Pechtold.