Nepal is holding memorial services to mark the anniversary of a devastating earthquake that killed thousands of people. One year on, the government is facing mounting criticism for the sluggish pace of reconstruction. 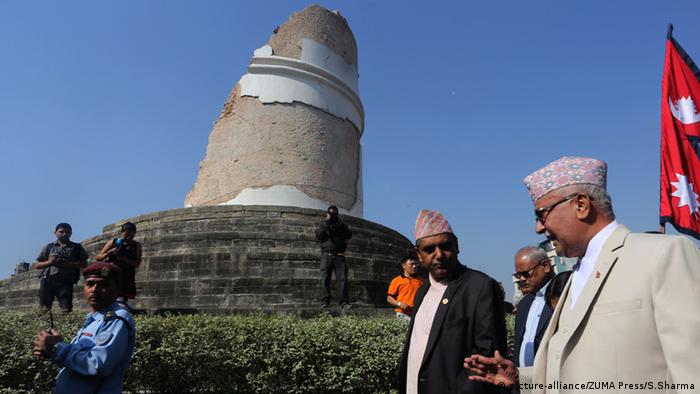 Nepalese Prime Minister Khadga Prasad Oli (pictured above) on Sunday laid a wreath at the ruins of a fallen monument in central Kathmandu where hundreds gathered for a somber service. The renowned Dharahara tower collapsed when the 7.8 magnitude quake struck on April 25 last year, killing 132 people - the biggest casualty toll recorded at a single site.

"There were many people killed here that day. I will never be able to forget that day," Madhav Newpane, who runs a shop near the tower, told news agency Associated Press.

During commemorations, a minute's silence was held to remember the nearly 9,000 people killed in the earthquake and aftershocks. Buddhist monks also held prayer ceremonies for victims at the site of a destroyed temple in the capital's Durbar Square. Later in the day, the prime minister was due to travel to Sindupalchowk, a district considered worst-hit by the earthquake. Other events, including a candlelight vigil, were set to take place in the evening. 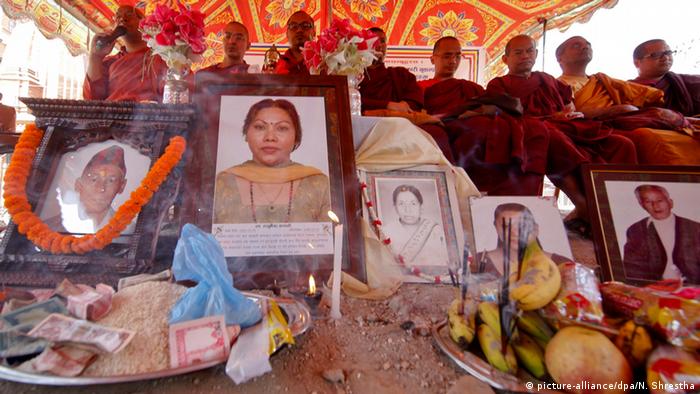 The disaster destroyed more than 70,000 houses and reduced hundreds of monuments, temples and palaces to rubble. The quake also crippled vital infrastructure, including hundreds of health centers and schools. One year on, aid agencies say millions of people are still living in makeshift shelters, unable to return to their homes.

Foreign donors have pledged $4.1 billion (3.6 billion euros) in aid, but political bickering over control of the funds means most victims have only received an initial meagre payout.

"Unless we get help, I don't know how we will ever live in a house again," Laxmi Nyapit, a local from the historic town of Bhaktapur, told news agency AFP. She lives in a tent with her three children and says she received just $150 from the government. 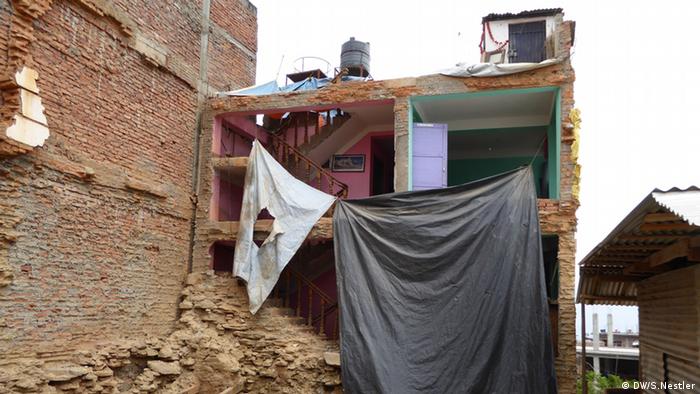 Nepal's government has been heavily criticized for the slow pace of reconstruction. The country's National Reconstruction Authority, tasked with distributing the aid money and overseeing rebuilding, was only created in December.

Sunday's commemorations were marred by a small protest by locals dressed in black who decried the government's handling of the post-quake recovery.

The earthquake also dealt a severe blow to Nepal's economy, with tourism especially hard-hit. According to the Asian Development Bank, growth is now expected to reach just 1.5 percent over the financial year ending in July 2016 - the lowest level since 2007.