Neo-Nazi murders: more questions than answers | Germany | News and in-depth reporting from Berlin and beyond | DW | 03.11.2012

A year ago Germany was rocked by the discovery of a group of right-wing extremists calling themselves the National Socialist Underground. Controversy and a number of investigations have since followed. 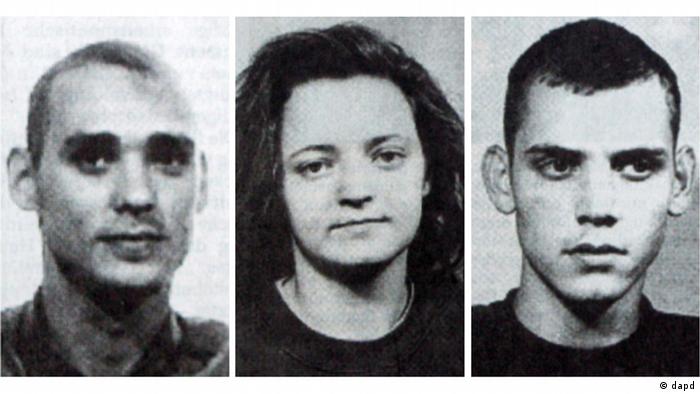 November 4, 2011: A bank robbery in Eisenach, Germany. The two robbers, who escaped on bicycles, got away with 70,000 euros ($89,800). Sharp-eyed witnesses provided the police with important clues. Two hours later, police officers approached a suspicious camper van, which went up in flames. In the wreckage they found the bodies of two men: Uwe Mundlos and Uwe Böhnhardt, known neo-Nazis who had gone underground in the late 1990s. The two had shot themselves after setting fire to the vehicle.

At this stage, nobody suspected the full extent of the case. The police recovered several weapons, one of which turned out to be the pistol used to kill the policewoman Michele Kiesewetter in Heilbronn in April 2007. Things became even more mysterious when, that same afternoon, there was a fire caused by an explosion in a house in Zwickau. It was here that the two neo-Nazis had been living, together with a woman called Beate Zschäpe.

Ruins of the Zwickau house, where the incriminating video was found

In the rubble the investigators discovered a macabre video, in which the group boasted of committing a series of murders since September 2000. They claimed to have killed not only Kiesewetter but also nine men of foreign origin. This video, with its utter contempt for human life, proved to be the key to a series of murders that had baffled police for years. Suddenly it seemed that the murders of eight small business owners of Turkish origin and one Greek man had apparently been committed by these three terrorists, who called themselves the National Socialist Underground (NSU).

The motive for the murders, then, was xenophobia and criminal racism. But until the discovery of the video, investigators had assumed that the strange murder series must consist of acts of revenge connected to the Turkish-dominated mafia. This suspicion was also reflected in media reports on the case.

For years, the deaths were flippantly and crudely referred to as "the döner murders," an allusion to Turkish kebab stands. "Bosphorus," the name of the task force charged with investigating the crimes, was in itself an indication of the line of inquiry, drawing as it did on the name of the strait that cuts through Istanbul.

Heinz Fromm resigned his post due to the case

Eleven years after the first NSU murder, the news was broken to a horrified public that a trio of neo-Nazis had been traveling across the country, robbing numerous banks and executing at least ten people. It was an even greater shock to discover that their crimes could probably have been prevented. The German domestic intelligence service knew about the three extremists as early as the 1990s, but lost track of them despite initially having them under close surveillance.

For months now a number of parliamentary committees have been investigating this failure by the security services. Heinz Fromm, for many years the head of the Federal Office for the Protection of the Constitution, resigned after admitting that important files his agency compiled on the group had been shredded, allegedly without his knowledge.

Chancellor Angela Merkel has promised relatives of the victims a full and rigorous investigation. Merkel said she felt sorrow and shame in the face of this extraordinary series of murders. At the memorial service in Berlin on February 23, she described as "nightmarish" the fact that for years the hunt for the murderers had focused primarily on the victims' families and their milieu.

Merkel addressed the relatives, saying: "For that, I ask your forgiveness." Barbara John, formerly the official responsible for the integration of foreigners in the Berlin region, has now been commissioned by the German government to look after the relatives, providing them with emotional support and assisting them with material claims, such as victims' pensions.

A few days ago Barbara John joined the head of the Turkish Community in Germany, Kenan Kolat, in warning that racism in Germany is on the rise. Both doubt that the revelation of the NSU terrorist cell will result in the right measures being taken. John criticized government offices as existing in a realm of their own, saying that the most important thing was for there to be a change in mentality. Kolat called for the dismantling of the Federal Office for the Protection of the Constitution in its present form. "It is endangering the democratic constitutional state," the community representative said.

The prosecution in the murder series cases is still gathering evidence. The only key suspect still alive, Beate Zschäpe, has been in custody for the past year. A co-founder of the NSU, Zschäpe gave herself up to police four days after the group blew its cover - but she refuses to give evidence. She is expected to be charged in the coming weeks. 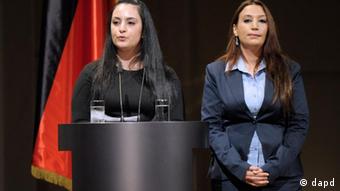 In the course of the investigation, Germany's National Democratic Party (NPD) has also come under scrutiny. The openly far-right party is regarded by many of those familiar with the scene as a kind of political wing of violent right-wing extremism. Certainly there was a personal connection between members of the NPD and the NSU. Experts are divided as to whether this is sufficient evidence to prove that the NPD itself has an "aggressive, militant" attitude towards the democratic constitutional state.

Federal and state interior ministers will decide before the end of the year whether or not they will submit to the Constitutional Court a second application to ban the NPD. For months now the authorities have been gathering incriminating evidence. The first attempt to ban the right-wing party, which was formed in 1964, foundered in 2003 because of a ruling by the Constitutional Court. Judges ruled that the fact that numerous top-ranking NPD members also acted as intelligence service informers led to legal complications should the party be banned.

It is going to take a long time both to investigate and to come to terms with the NSU's acts of terrorism. The main thing the relatives of the victims want is for the trial of Beate Zschäpe and other suspects to begin.

"Our deep desire for complete clarification will only be validated by a judicial sentence," Kerim Simsek said in an interview with the newspaper "Tagesspiegel." His father Enver, a florist, was shot dead in Nuremberg on September 9, 2000 - making him the first victim of the NSU.

German authorities have struggled to ban the far-right National Democratic Party. But new efforts by the ruling Christian Democratic Union - and a possible link to a series of murders - have reignited debate about a ban. (16.03.2012)

Mishaps, missteps and misfortune in the NSU investigation