Dozens of people have been killed after a Nigerian fuel tanker crashed into a busy bus station in the country's southeast. Nigeria is nearly entirely reliant on gasoline imports to meet its fuel needs. 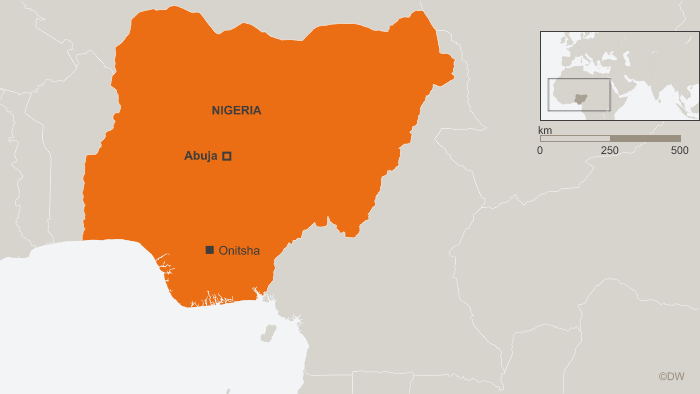 The accident occurred Sunday afternoon in the city of Onitsha. Dozens of others were injured in the explosion and subsequent fire.

"The lorry lost control and ran into a motor park (bus station) near a roundabout in Onitsha," police spokesman Uchenna Ezeh said.

"Most people were burned beyond recognition," said Emeka Kachi, vice president of the local Red Cross, adding that the bodies were being taken to a nearby hospital for DNA testing so that relatives could identify the remains.

Police said the fuel tanker was speeding when it lost control. Nearly a dozen buses and several motorcycles were also destroyed in the blaze following the crash.

Though Nigeria is Africa's biggest oil producer, it lacks the refining capacity needed to make sufficient gasoline. The country is thus heavily dependent on gasoline imports and accidents involving fuel tankers are common due to poor roads and tankers in disrepair.

A particularly deadly incident occurred in 2012 when a fuel tanker tipped over, spilling gasoline onto the roadside. As a mass of people rushed to collect the leaked fuel with cans, it caught fire, killing nearly 100 people in the blaze.

Sunday's accident occurred only five days after the end of a strike by fuel marketers, who had ceased distributing fuel as part of a dispute with the outgoing government of former President Goodluck Jonathan.