Nazi Raccoons on the March in Europe

They're actually American but feel right at home in Kassel, Germany, which has become the European raccoon capital since the animals were introduced here under the Third Reich. 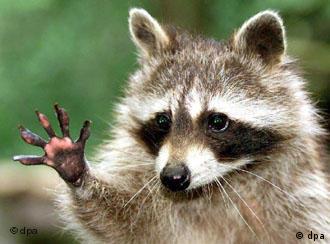 He looks harmless, but Kassel residents would beg to differ

The story begins in 1934, when a breeder asked the Reich
Forestry Office, then led by future top Hitler aide Hermann Göring, for permission to release the masked-faced mammals to "enrich the local fauna" outside Kassel, a small city north of Frankfurt.

"Raccoon pelts were a popular trophy for hunters back then," biologist Ulf Hohmann said. "They were also raised for their fur at special farms" after they were imported from North America early last century.

Seventy years on, the furry critters are now as populous in some areas of Germany as in the major urban centers of North America -- a whopping one per hectare (2.5 acres), Hohmann said. 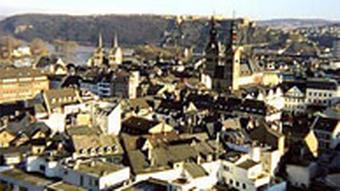 Somewhere between 100,000 and one million raccoons are estimated to live in Germany, making them prime targets for hunters. Some 20,000 were shot during the last season, according to official statistics. But unfortunately for the denizens of a growing number of European capitals, they like cities.

Hundreds of thousands have fanned out to Belgium, Luxembourg, the Czech Republic and France. The news caught the ire of Britain's Sun tabloid, which warned its readers that "Nazi raccoons" were "just across the Channel" and "on the warpath ... in a furry blitzkrieg".

The first time Kassel hotel manager Karsten Damm saw a pack of raccoons on the march -- a "gaze" as the specialists call it -- he was fascinated. But then came the pungent smell, followed by the racket in the attic at night.

"They set up a real playground up there!" he wailed.

The desperate Damm tried everything to eject his striped tailed guests from his well-appointed Lindenhof hotel.

"I relaid the tiles they pulled off, once, twice, three times. I
used loud music but they seem to be deaf. Finally, it came down to them leaving or me," he said.

At the end of his tether, Damm called in expert Frank Becker who had just the trick: a small electric fence along the gutters and metal sheets covering the pipes to keep the masked marauders from climbing up with their nimble little paws.

In the neighborhood, nearly every other house is equipped with similar anti-raccoon ramparts and nearly all the garbage lids are battened down.

For Becker, who is also a lumber and Christmas tree salesman, selling defenses against the pests has become a lucrative business. Once a hunter, Becker has also developed special traps smeared with almond paste. As soon as they snap shut, Becker packs up the animal, takes it to the woods and fires a single shot -- a ritual he completes up to 40 times per year.

Although a brutal practice on the face of it, many in Kassel
have come to see raccoons as the enemy after too many of the pesky omnivores turned their attics into latrines, feasted on their insulation and ripped their plush lawns to shreds in the search for worms.

"Once a ceiling fell in under their weight," Becker said.

Since their introduction during the Third Reich, raccoons can trace their gradual conquest of Europe back to two other moments in history.

As Allied bombs rained over Berlin at the end of World War II, one struck a fur breeding farm, giving the raccoons there the opportunity to escape into the wild. They never looked back. And in the 1960s, NATO soldiers freed the raccoons they used as mascots after leaving their base in France, setting off a baby boom.

Hohmann says that in the coming years, raccoons are expected to spread to even more European cities.

"Kassel is just the beginning," he said.

German Toads Get Their Own Tunnels

Budget shortfalls or not, frogs and toads can get to the other side of the road safely in Berlin. The government has allocated €225,000 for toad tunnels. (Feb. 27, 2004)

Countering a popular misconception, a German scientist has discovered that bees are far from the industrious little workers humans imagine them to be. (June 18, 2004)

Some are calling it animal cruelty, others are calling it an application of the Atkins diet. Whatever the opinion, Mikesch the cat is one tubby tabby after being fed 2 kilograms (4.4 lbs) of mince every day. (Aug. 10, 2004)