Three monoliths, homage to the German Luftwaffe's Condor Legion, have been in Spain since 1942. A group of activists has been fighting for their removal, which may happen soon as Santiago Saez writes from Asturias. 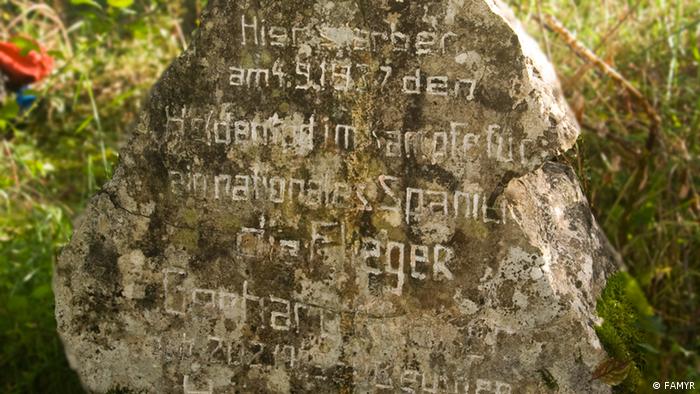 Pelayo Norniella was murdered the night after his son died. They took him out of the prison where he had spent the last months of his life and brought him to a little ledge over a ravine. There, they shot and killed him.

Hours earlier, his 14-year-old son Amable was looking for metal scraps to sell when he stumbled across a bomb. He tried to pick it up, as the kids in the mountainous area of Eastern Asturias often did in those days. The civil war had moved on to other parts of Spain just two months before and hunger struck hard. Any scrap of metal was worth salvaging.

It was one of the thousands of bombs that the Condor Legion dropped over Asturias in September and October of 1937. Hitler had sent the volunteer force to assist the Francoist army in its war against the Spanish Republic. It had become infamous a few months earlier, when Picasso depicted their bombing of Guernica.

The Battle of Eastern Asturias was one of the most dramatic chapters of the war. Although it was not very long - just five weeks - the epic resistance of the overwhelmingly outmanned and outgunned republican forces drew recognition from even their enemies. The architects of Nazi aviation used Asturias as a laboratory for the techniques that were later employed during World War II. A primitive version of napalm was first developed here by Adolf Galland, and war crimes such as carpet bombing were committed routinely.

'National Spain' and the Nazis

On October 12, 1937 only a few pockets of resistance were left in the mountains surrounding the Sella River. In a skirmish with one of these guerrilla groups, Nazi corporal Walter Grempel was shot in the abdomen and killed. The place where he died, just a mile away from the ravine where Pelayo Norniella was executed, is marked by a stone monolith that pays homage to the German soldier who died "for a National Spain." Grempel's stele is one of the last three monuments to the actions of the Nazi army left in Spain - possibly in all Europe. The other two are just a few kilometers away, in Llanes. 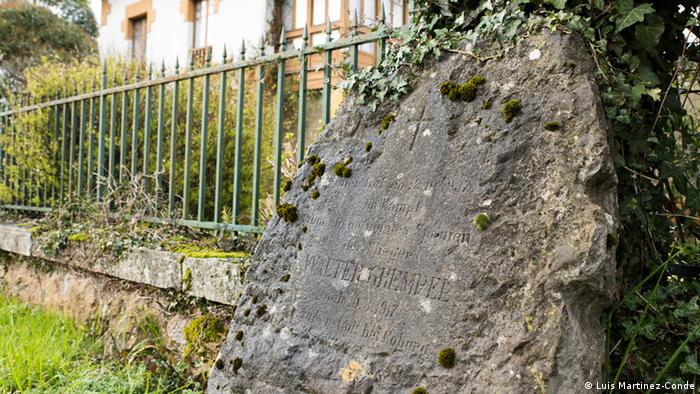 In December 2015, the German embassy sent a letter to FAMYR, a regional association that works toward the restoration of the historical memory of the victims of Francoism. The letter said that the German government was unable to help remove the memorials, as the steles were not official German military graves. The embassy did apologize, however, for "the injuries, the death and destruction brought to Spain by the Condor Legion."

"This is the first time that any official institution apologizes for the actions of the Condor Legion," Juan Cigarría, president of FAMYR, told DW.

Rubén Norniella is Amable's nephew and Pelayo's grandson. He has spent years looking into the fate of his forbears.

"I started researching when I was 12. I used to work as a waiter on weekends to help my family with some money," Norniella told DW. "That's when some folks, after a few ciders, would say that they knew my grandfather. They said he had been killed. I had never heard about him before."

Pelayo's fate was not talked about. "People knew the story, but they were afraid. They only spoke in whispers, only at home, and only to people they felt they could trust completely. This is still an issue today, when you try to research what happened," says Norniella.

That silence also casts a shadow over the origin of the monoliths. FAMYR's Juan Cigarría has been trying to find out who put them there, and when. 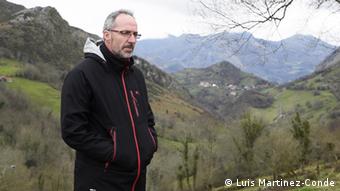 "One is an homage to Gunter Hein and Waldemar Schnell, two reconnaissance pilots who crashed around here. We think it was placed here around 1941," Cigarría says. That "Stone of the Germans" dominates a mountain pass in El Alto de la Tornería, in the city of Llanes.

The third monument, dedicated to the pilots Gerhard Kroker and Hermann Heil, is placed on the side of a road in the borough of San Roque del Acebal, near Llanes. It was rediscovered in 2006 by members of activist group Foro Veneranda Manzano following a local lead.

"People around here knew where it was, and they knew what it was," says Cigarría, who is not surprised that the neighbors kept it secret for 65 years. "Today, people are still scared to talk - and this is a traditionally right-wing town."

In 2007, the government of José Luis Rodríguez Zapatero approved the Historical Memory Law. The rule was conceived as a mean for families to recover the remains of their relatives, who had been murdered by the Franco regime. The law also requires local governments to classify and remove symbols that praise the dictatorship.

Eduardo Ranz, one of Spain's most prominent Historical Memory lawyers, is working on more than 200 legal cases related to Francoist symbols.

"Once the embassy says these are not German graves, it's clear that these are 100 percent the responsibility of the municipalities," Ranz told DW. However, there's a loophole. "The law doesn't provide any sanction for the cities that don't comply. They are free to disobey it," Ranz explains. 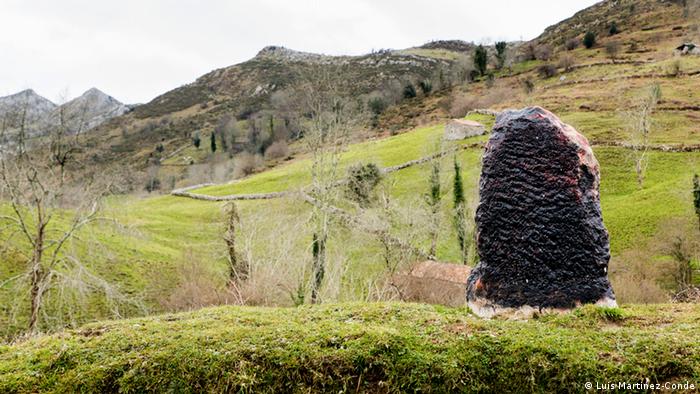 It all suggests that these could be the final days of the last Nazi monuments, but not everybody agrees they should go. Historian Luis Aurelio González thinks that they should remain in place "as long as they are put in the right context."

"There is a worrying ignorance about the utilization of the Condor Legion in Asturias, and these monuments, which don't have any Nazi symbology, should be left as a way to praise the Republican defense."

Still, FAMYR is pushing for the monoliths to be taken out of the public space, and has grown tired of asking the town to remove them.

"We already asked for these to be retired from the public space in 2006. We asked for it again three or four times after the Historical Memory law was approved in 2007. They never replied, and never told us why. Now we are going to let justice decide," said Cigarría, who hopes that the whole ordeal could be over in a matter of weeks.

Llanes councilwoman Marisa Elviro confirmed that removal of the two monoliths is set to be proposed in an upcoming plenary session. She explained that the case was "important, but not urgent" for the local conservative government. Parres' local administration, responsible for Walter Grempel's stele, couldn't be reached for comment.

For FAMYR, though, this is only the beginning in their quest to restore the political memory of the victims. With a smirk, Juan Cigarría vows that "the fight goes on."