Activists demand apology for Germany′s role in the Spanish Civil War | World| Breaking news and perspectives from around the globe | DW | 24.08.2014

German Chancellor Angela Merkel is in Spain for talks with the country's prime minister. A local organization wants her to apologize for German involvement in the war that led to the establishment of the Franco regime. 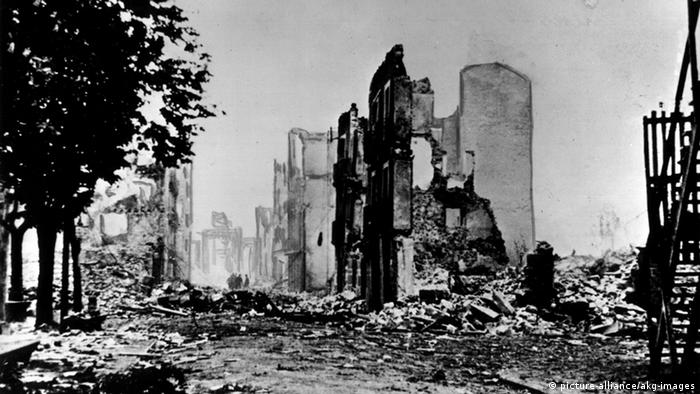 It wasn't long ago that the German chancellor enjoyed great popularity in Spain. In fact, in a survey conducted by the "El Mundo" newspaper in early 2010, she came out on top as the most popular foreign politician. But then came the depths of the eurozone crisis and Merkel's reputation suffered. The Spanish expected more help from Germany and felt disappointed.

This disappointment also found expression in music. In October 2012, Spanish singer Alejo Stivel dedicated a song to the German chancellor titled "Ojala" ("Hopefully"). The singer claimed that the song was meant to "give a voice to people who are in a bad situation." There were many of those in Spain at the time, and there are still many today.

At the end of the song's video clip, Stivel is shown getting out of a taxi in Berlin and heading to the chancellery. Merkel doesn't receive him. Stivel leaves his message to her with the doorman: "Hopefully something will be done!" The song became the hymn of the protests against the austerity measures outlined by Merkel.

Now, Merkel is being reminded of a dark chapter in German history. Shortly before her trip to Spain, Spanish civil rights advocates demanded an apology from the German government for Germany's support of Francisco Franco's fascist regime in the Spanish Civil War, which was fought between 1936 and 1939. 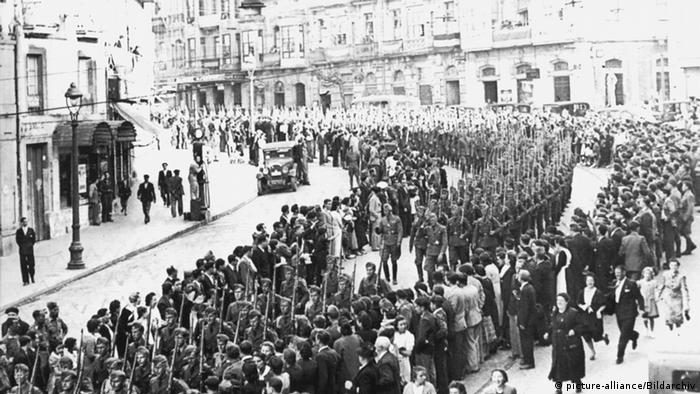 In May 1939, the Condor Legion celebrated the Nationalists' victory in a street parade in Madrid

Merkel ought to use her time in Spain to "settle the historical debt for the crimes of the Condor Legion," according to a statement by Spain's Association for the Recovery of Historical Memory (ARMH), which provides support to the victims of the Franco regime and researches the brutalities committed in that period.

The Condor Legion - a unit composed of volunteers from the German army of the Third Reich - served in the Spanish Civil War on the side of the Franco-led Nationalist faction. It directly contributed to Franco's victory over the Spanish Republicans.

"The country you lead has an enormous debt to the victims of the Franco dictatorship," ARMH wrote in an open letter to the German chancellor.

According to the German Historical Museum, the Condor Legion had over 100 aircraft and 5,000 men in the fall of 1936. Altogether, around 20,000 German Wehrmacht soldiers took part in the fighting. 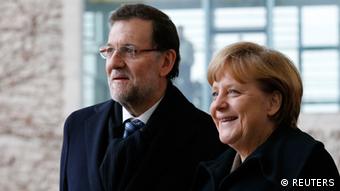 Rajoy and Merkel have several issues to discuss

Shortly before the outbreak of World War II, the Spanish Civil War presented an opportunity to test new weapon systems, especially for the air force. The Condor Legion air force unit achieved notoriety by bombing the northern Spanish town of Guernica in 1937.

It is not clear at this stage whether Merkel will address the issue during her two-day visit. Her official agenda is talks with Spanish Prime Minister Mariano Rajoy ahead of a European Union summit on August 30. Rajoy and Merkel are to discuss international conflicts and the economic state of the eurozone, while also negotiating key political positions that will be decided at the summit.