One of the most influential scientists of the 19th century, Alexander von Humboldt was equally at home in the salons of Paris as on research voyages in South and Latin Americas' jungles. He died in Berlin 150 years ago. 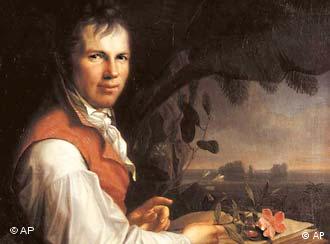 Humboldt was an accomplished diplomat and scientist

Known even while alive as a second Columbus, Charles Darwin lauded Alexander von Humboldt as "one of the greatest scientists that had ever lived." Unlike other scientists, who focused their research on a single field, Humboldt was knowledgeable about a wide variety of subjects including astronomy, zoology, geology and botany.

Even as a child, Humboldt, born into a well-off family on Sept. 14, 1769, displayed an interest in collecting insects, stones and plants - earning him the nickname "the little apothecary."

Humboldt, the son of a Prussian military officer who died when Humboldt was 12, began his professional life as an accomplished diplomat, that phase of his life, however, would later be overshadowed by his substantial contributions to many natural sciences.

Humboldt studied a wide range of topics including economics, archeology, medicine, physics, mathematics and botany at German universities but never specialized in one of the disciplines, choosing instead to find ways of combining all of them. 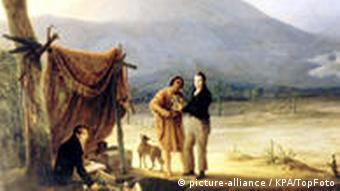 Humboldt is most famous for observations made in the Americas

During and after his studies, Humboldt toured through Europe, researching and publishing essays dealing with geology, botany and anatomy. But it was not until 1796, when he inherited a substantial amount of money upon his mother's death, that Humboldt was able to expand his travels well beyond Europe's borders.

"He quit his job and prepared for his big adventure," Humboldt biographer Manfred Geier told Deutsche Welle of the scientist's actions after coming into his inheritance. "He always told himself, 'I am preparing myself.' He wanted to go out and study the world."

Already acquainted with Georg Forster, a companion of Captain James Cook, Humboldt's preparations lasted three years and concluded when he, accompanied by botanist Aime Bonpland, set sail for a five-year research voyage to the Americas in 1799 with the most modern scientific equipment they could find, including sextants and a variety of telescopes.

The trip, however, would not be without peril. One particular danger came when the pair discovered and captured electric eels - suffering numerous shocks in the process. While traversing the Andes, Humboldt's expeditionary party climbed to an altitude of 19,286 feet (5,878 meters), a world record at the time, but couldn't get as far as they hoped.

"Imagine the thousands of kilometers through the mountains by foot, and on June 20, 1802 the party reaches a highpoint," Geier said. "Three years into the journey they reach Chimborazo near Quito, thought to be the highest peak in the world. He was nearly at the top, 6,000 meters up, blood coming from his eyes and there is a crevice he can't pass - 70 meters wide and 170 deep."

Humboldt received celebrity status upon his return to Europe

It wasn't until Aug. 3, 1804 that Humboldt and Bonpland again set foot on European soil. Their ship landed in France, where they received a hero's welcome and where Humboldt later decided to make his home.

"Alexander von Humboldt was a bon vivant and even as a young man felt comfortable in salons and was happy to participate in social circles," Geier said. "He enjoyed that even more when he moved to Paris. His brother Wihelm accused him of being becoming Parisian."

Hoping that he would need just two years to work out the publication of observations made on the Americas trip, the encyclopedic work would end up required 21 years. Publications stemming from the voyage would be seen as having laid the foundation for both the study of physical geography and meteorology.

Humboldt made significant contributions to the study of meteorology

Humboldt would, eventually, return to Germany at the behest of his brother as well as the Prussian royal court - and because he was running low on money and offered the well-paid post of royal chamberlain without any of the duties that accompanied it.

While in Berlin, a city he regarded as too provincial for his tastes, Humboldt devoted himself to the examination of the hundreds of plant, animal and mineral specimens he accumulated on his trip through the Americas.

Though he gained world renown as a scientist, the destruction of his personal letters has left little insight into Humboldt's personal life. He died in Berlin at the age of 90 on May 6, 1859.