In an interview with Deutsche Welle, Nobel-winning economist Joseph Stiglitz talks about nationalizing banks, the outlook for developing countries, and the need for an international financial regulator. 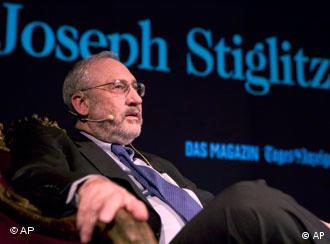 Joseph Stiglitz was awarded the Nobel Prize in economics in 2001. Under US President Bill Clinton he served as chairman of the Council of Economic Advisers from 1995- 1997. He was chief economist of the World Bank from 1997-2000 and was a lead author of the 1995 Report of the Intergovernmental Panel on Climate Change, which shared the 2007 Nobel Peace Prize. He is currently a professor at Columbia University in New York.

DW-WORLD: Many experts fear that while things are bad now, we haven't seen the worst of the crisis yet. Do you share the belief that we are facing a long decline that could rival the great depression?

Joseph Stiglitz: We live in a very different world than during the Great Depression. Then, we had a manufacturing economy. Now we have a service-sector economy. Many people in the in the United States are already working part time because they can't get full-time jobs. People are talking more about the 'comprehensive' measures of unemployment, and these show unemployment at very high levels, around 15 percent. So it clearly is a serious downturn.

Another big difference between now and the Great Depression is then we didn't have a safety net. Now we have unemployment insurance.

Economists Nouriel Roubini and Nassim Taleb, who predicted the global economic downturn, have called for a nationalization of banks in order to stop the financial meltdown. Do you agree?

The fact of the matter is, the banks are in very bad shape. The U.S. government has poured in hundreds of billions of dollars to very little effect. It is very clear that the banks have failed. American citizens have become majority owners in a very large number of the major banks. But they have no control. Any system where there is a separation of ownership and control is a recipe for disaster. 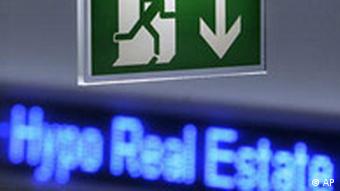 Nationalization is the only answer. These banks are effectively bankrupt.

I think many governments of emerging nations actually have a much better central banking system than the United States. They realized the risks of excessive leverage, excessive dependance on real estate lending and so they took much more prudent actions. Many developing countries also built up large reserves and are in a better position to meet this crisis than they were a decade ago.

But some will face very difficult times, potentially defaults. Some of these countries are suffering from having paid too much attention to what has gone on in the United States.

Should steps be taken to help these developing countries?

Very definitely. I think it is absolutely imperative not just for the interest of these countries, not just from a humanitarian perspective, but from the perspective of global stability. It is not possible to have a strong global economy when there are large pockets of economic turmoil.

The World Bank has called for advanced industrial countries as they are bailing out their own industries and provide subsidies, to set aside some amounts for the developing countries, who can't compete on this uneven playing field.

US President Obama blasted banks for paying out billions in bonuses to executives while still on brink of collapse. Do yo agree with him that their behavior is "shameful" and "irresponsible"?

Yes, it is shameful and irresponsible. But it is not a surprise ... for years the executives of American firms have defended their outrageous compensation, saying it's important as an incentive scheme. How in the world can you give bonuses of billions of dollars when your firm has had record losses of billions of dollars? Unless you're rewarding people for failure you shouldn't be getting bonuses, you should be getting penalties.

In her speech at the World Economic Forum, German Chancellor Merkel warned the U.S. of protectionism and criticized subsidies for American auto companies. Is she correct? Do you see a danger that the U.S. will resort to protectionist measures?

Yes, very clearly. We have always been aware that protectionism takes two forms: Tariffs and subsidies. Subsidies distort the playing field just like tariffs do. Subsidies are even more unfair and even more distorting, because while developed countries can give subsidies, poor countries can't afford to do so. Rich countries are distorting the level playing field by giving huge subsidies, not necessarily in the intention of protection, but with the consequence of protection.

Merkel recently called for an international financial oversight body, and concensus on the issue is growing. How realistic do you think it is that governments and companies would give up sovereignty to an international entity?

Merkel's idea is a very important one, which I have long supported. You need to have coordination of global economic policy that goes beyond the IMF, which has failed, and the World Bank. You cannot say that we have open borders without global regulation. It is inconceiveable as we go forward that we would allow financial products that are risky, manufactured in countries with inadequate regulation, to come without regulation into the United States and vice versa. International companies that are committed to gobalization should be at the forefront of calling for international regulation.

Some Analysts Believe Europe at an Economic Turning Point

Some financial analysts believe that Europe might have reached its economic low point, with recovery on the way. But economists say they are waiting for some key statistics which will be released next week. (24.01.2009)

The leaders of France and Germany both called Thursday for the "moralization" of the global capitalist system, which they said needed to be re-examined by governments before the Group of 20 summit in London in April. (08.01.2009)

Bucking the deepening sense of gloom engulfing the world economy, the German unemployment rate has fallen more than expected in November. (27.11.2008)

In cities around the world, housing prices are skyrocketing while incomes aren’t keeping pace. Housing is a human right that is becoming increasingly evasive. A market gone wild is putting the squeeze on tenants.