NASA's Perseverance rover succeeded on its second try to scoop up rocks on Mars. While the first effort failed, this second attempt has excited Earth-based scientists. 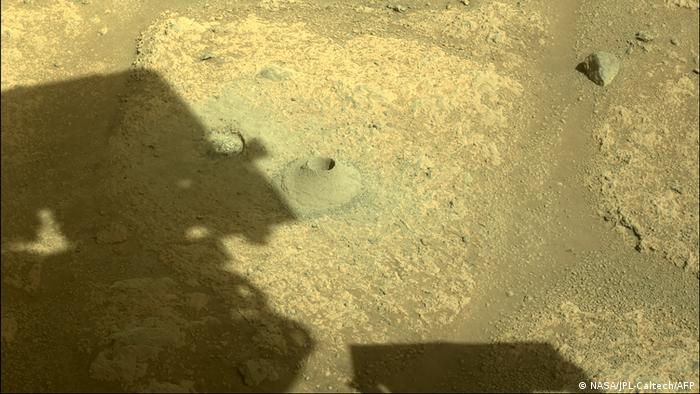 NASA announced the Perseverance rover exploring Mars succeeded on in scooping up Martian rock on its second try.

The first effort was a bust after the rock it tried to scoop up crumbled as the Perseverance robot drill got to work.

Earth-based scientists were thrilled by the undertaking.

The data received on September 1 indicates that the process for Perseverance to lift and collect rock from Mars succeeded.

Perseverance has scientific instruments mounted on a turret that can determine chemical and mineral composition, as well as seek out organic matter.

The drill Perseverance used to collect the rock sample is two meters (6 1/2 feet) long. The robotic arms take samples with a hollow coring bit slightly thicker than a pencil, and then stores these samples under its robotic belly.

The target of the rock collection was nicknamed "Rochette" by scientists. The briefcase-sized rock was along a 900-meter-long ridgeline.

Scientists are still uncertain if they achieved their goal, due to lighting conditions at the time of the effort and the apparent lack of shade on the side of Mars facing the sun.

"We will work through this small hiccup with the lighting conditions in the images and remain encouraged that there is a sample in this tube," said Jennifer Trosper, the project manager at NASA's Jet Propulsion Laboratory in Pasadena.

Scientists are eager to determine whether there is or was microbial life on Mars.