NASA has revealed plans to send astronauts to the moon for the first time since 1972. It will be the first manned trip to the Lunar South Pole and the first Moon mission with a woman aboard. 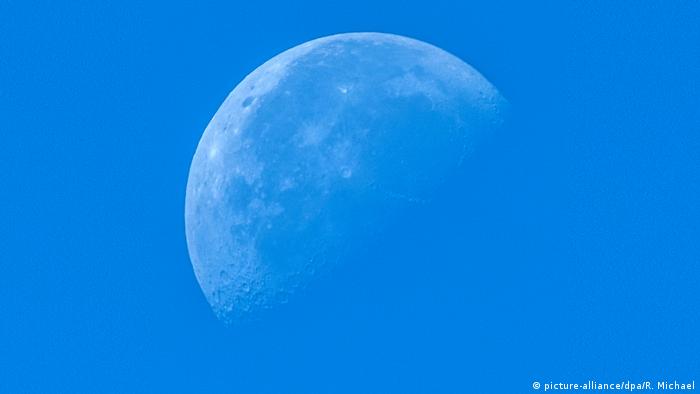 NASA on Monday announced it plans to land the first woman and the next man on the Moon in 2024, sending humans to the Moon again for the first time since 1972.

"We’re going back to the Moon for scientific discovery, economic benefits, and inspiration for a new generation of explorers," NASA administrator Jim Bridenstine said in a statement on NASA's website.

The project is expected to cost $28 billion (€23.8 billion), news agency AFP reported. US Congress must approve the budget, which has been pegged as a high priority for President Donald Trump.

Speaking to reporters, Bridenstine said NASA is "on track for a 2024 moon landing" as long as Congress approves the first $3.2 billion by Christmas.

The mission, known as Artemis, is to take place in several phases, starting with the unmanned launching of NASA's Orion spacecraft in November 2021.

In the second and third phases of the mission, astronauts will circumnavigate the Moon and land on its surface.

Similar to the Apollo 11 space flight that first took humans on the Moon in 1969, the phase of the Artemis mission on the lunar surface is to last a week — longer than the Apollo mission — and include up to five "extravehicular activities."

The spacecraft is to land on the south pole of the Moon, NASA said.

“There’s no discussion of anything other than that,” Bridenstine told journalists, ruling out the possibility that the astronauts would touch down at the sites of the Apollo landings on the Moon’s equator between 1969 and 1972.

"The science that we would be doing [in this mission] is really very different than anything we've done before," Bridenstine said. “We have to remember during the Apollo era, we thought the moon was bone dry. Now we know that there's lots of water ice and we know that it's at the South Pole."

Why is this Mars mission different? – DW speaks to NASA scientist Mitch Schulte

Three projects are currently in the running to build the lunar lander that will carry the astronauts.

Contenders include a project by Blue Origin — the aerospace company founded by Amazon’s Jeff Bezos — in cooperation with Lockheed Martin, Northrop Grumman and Draper as well as projects by Elon Musk’s SpaceX and by the company Dynetics.

The landing module alone is expected to cost $16 billion.