The Japanese air-guitar virtuoso Nanami Nagura has won this year's world championships in Finland. She took the trophy in a third round "air-off" after a tight competition. 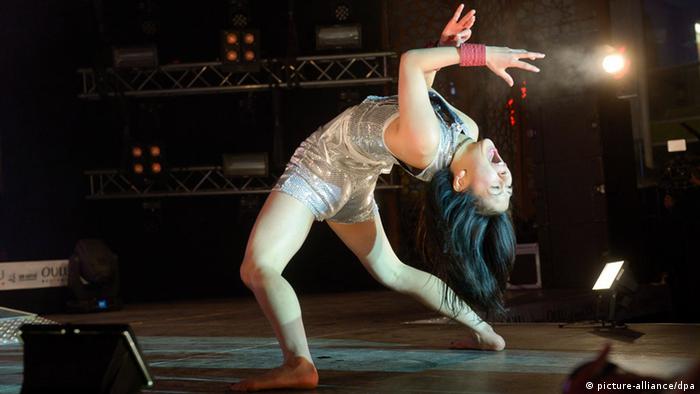 The 19-year-old Nagura - also known under the stage name "Seven Seas" - wooed the judges at the 19th Air Guitar World Championships on Friday with a spectacular stage performance to win the crown as the world's top air guitarist.

Nagura, who is also the Japanese national champion, beat the US champion Matt "Airistotle" Burns in the third round after tying with him in the second round on 35.3 points. The song selected for the run-off between Nagura and Burns was Animal by Finnish band Sweatmaster.

The two finalists were given just one chance to hear the song before stepping on to the stage for their performances.

Contestants in the competition, which has been running since 1996 in the northern Finnish city of Oulu, perform rock or heavy-metal electric guitar solos - but without an instrument.

Nagura will now have the chance to practice audibly as well, having received a real handmade electric guitar as her prize.

Sixteen contestants, from Belgium, Britain, Bulgaria, Canada, Germany, Japan, the Netherlands, Taiwan and the US, made it to the final. Some 5,000 to 6,000 people watched Friday's competition.

The final also featured a statement calling for peace in the current conflict in eastern Ukraine, with the Ukrainian and Russian air guitarists Rezo "Baron Horse-Stealer" Gamrekelidze and Alex "Devilseducer" Gott taking part in a performance of an "Ode to Joy."