A Russian military helicopter has been downed over Armenia amid clashes between Armenia and Azerbaijan over the disputed territory of Nagorno-Karabakh. Azerbaijan has admitted to shooting the aircraft down by accident. 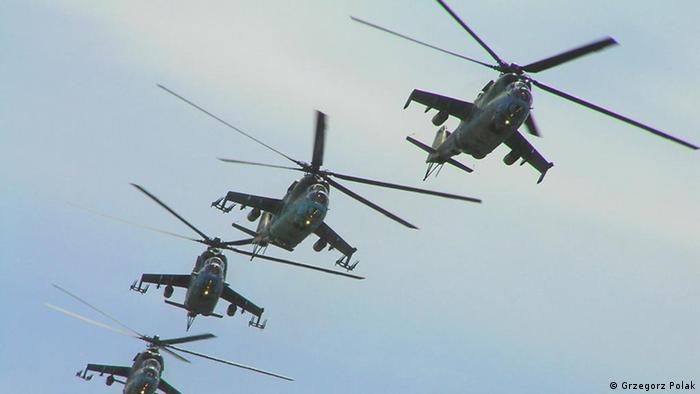 A Russian military helicopter has been shot down over Armenia, with two crew members killed and one injured, Russia's Defense Ministry said on Monday.

In a statement, the ministry said the Mi-24 attack helicopter was downed by fire from a man-portable air-defense system close to the border with Azerbaijan.

Later, Azerbaijan's Foreign Ministry issued a statement admitting to having shot down the helicopter, saying it was an accident.

"The Azerbaijani side offers an apology to the Russian side in connection with this tragic incident," the statement said, adding that the attack was "not aimed against" Moscow. It offered to pay compensation.

The incident comes as Armenia, a Russian ally, and Azerbaijan continue to fight over the disputed territory of Nagorno-Karabakh, which is within Azerbaijan's territory by law but has been under the control of local ethnic Armenian forces since 1994.

The Foreign Ministry statement from Azerbaijan said Azerbaijani forces had decided to open fire owing to a spike in fighting with the Armenian separatists.

The crash reportedly occurred near the border with the Nakhchivan Autonomous Republic, some 70 kilometers (43 miles) from the border to Nagorno-Karabakh.

Armenian authorities said the helicopter had crashed "in a gorge" near the village of Yeraskh.

Despite its military alliance with Armenia, Russia has said it will intervene in the conflict only if fighting reached Armenian soil. It maintains a permanent military presence there.