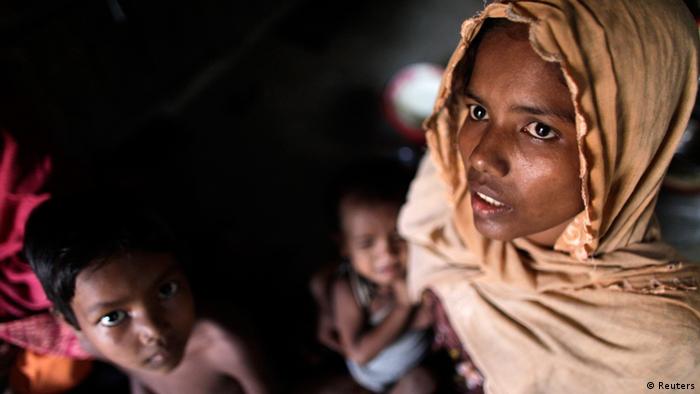 Aung San Suu Kyi recently visited villages in central Myanmar whose existence is threatened by a joint Chinese copper mine venture and enraged protesters who felt she had turned her back on them. What does this mean for land rights and displaced people in the country?

When it comes to the question of land, in Myanmar today, there is extensive land-grabbing taking place, there is land confiscation going on in a massive scale across the country. When you speak to people, land is the first thing that comes up: land values going up, people losing their land, people unable to register their land, people unable to purchase land, fraudulent sales, the price of housing, and the conditions where and how people live. When you bring in the question of investment, particularly extraction industries for coal and gas, oil, gems, minerals and copper, the land question gets even more dramatic. 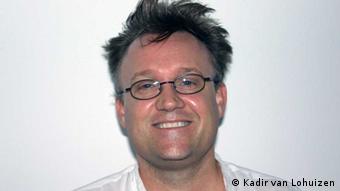 What's happening today is that a variety of factors are simultaneously at play: the opening up of the country, greater economic freedom combined with growing numbers of international investors, rising prices in the land sector and the inability of rural dwellers - farmers, villagers who make up 60 to 80 percent of the population - to formally own land. You have all those factors which, in turn, are leading to the problems of land-grabbing, confiscations, and subsequent mass displacement of people throughout the country.

What hope do these people have if Aung San Suu Kyi, the icon of democracy, is not listening?

No one is perfect. People may have held Aung San Suu Kyi up as some sort of special human being who had no flaws, no imperfections, but she is imperfect and she faces a whole range of pressures on a daily basis. But at the end of the day, she is responsible for the decisions she makes. In all likelihood - and this may change because there are a number of decisions she has made that have not been taken very positively - she will be the president in 2015 and her eyes are on that goal above all else.

In the last few months she has tried to speak very favorably about the military, the same people who imprisoned her. She has had many meetings and has received huge financial donations from a number of the prominent crony families who were in cahoots with the military regime and a whole range of other matters where she made, let's say, less than perfect decisions.

I should also add that what she hasn't said during these last few months is just as important. There have been virtually no statements concerning any of the ethnic conflicts in a way that clearly showed her true commitment to self-determination, human rights, basic justice, and humanitarian principles. And now she is telling the protesters to go away and let the Chinese companies take the copper out of the ground and just accept the fact that they are going to be displaced - all these are very worrying developments.

In terms of development, Myanmar has a lot of catching up to do. How can the country get its development in line with the interests of its people and human rights?

The respect for human rights and economic progress are not mutually exclusive. There is nothing wrong with companies making money, there is nothing wrong with investment, with economic progress, particularly when you are starting from the low point that Myanmar is at - most people make less than $1,500 a year. There has to be some kind of development that takes place and economic progress. It's just that it needs to take place in the right way. It needs to take place in a manner that respects the rights of the people affected, particularly when it comes to land. There needs to be a realization that you can achieve profit without necessarily treating the people as mere obstacles to some development process.

Right now, it is virtually impossible for anyone to formally own a piece of land in Myanmar. It is all about state-ownership of land and subsequent conferral of user rights by the state. Until you reach the point where farmers and villagers and slum dwellers and others have a degree of security of tenure and a degree of protection against arbitrary displacement, they're almost inevitably going to be the ones who lose out whenever there's a conflict over the use of land. Sometimes compensation is paid but it is usually not enough. And very rarely do these issues go to court. In fact, one of the new land laws - the farmland act - prevents the bringing of cases to court in the event that there is a dispute between villagers or farmers and the state. It has to be settled along administrative lines only, which is a really big problem if you're talking about essentially a human rights issue.

Investors are everywhere to be seen in the country; the airport is full of them, hotels, the streets are full of them. Sometimes, it is as dramatic as little groups of investors sitting around with calculators, each one of them pointing at various objects and typing in numbers and figuring out what the profit is going to be. So it is a real Wild West mentality of this "untapped market," as they call it.

With regard to the Rohingya, one of the number-one displaced ethnic groups, what is the solution to their plight?

It is easy for outsiders to give a series of solutions to the Rohingya problem. It is very difficult to imagine the authorities in Myanmar implementing them - that is the problem. You have a situation where these are essentially stateless people - Bangladesh does not want to have them, Myanmar in many respects also does not want to have them. Aung San Suu Kyi has been tremendously reluctant to say anything from the perspective of the NLD on the Rohingya. There is tremendous discrimination on both sides. But the fact is that many tens or hundreds of thousands of people of Rohingya descent live in that territory and they are not going to go away any time soon and you cannot ethnically cleanse them out of there. The right path of action is simply to confer citizenship on them, make them comply with the national law of Myanmar, give them perhaps some degree of autonomy similar to what the other ethnic groups will get when there is a peace agreement between them all. And help people to realize that they are all common citizens to the same country.

Well, it's only one issue of a country that's facing many scores of different issues. So it would be hard to isolate it just to that one particular issue because it is a very difficult one, it is very complex. You say the wrong thing and suddenly violence breaks out. But I think overall, that issue, combined with all the other ethnic groups, combined with the treatment of the poor and the farmers in the rural areas, the clear bias of so many of the new laws in favor of investors and businesses instead of ordinary people, a lot of things are pointing in the wrong direction.

It could be an equitable country, a country where everyone had land rights, it could be a county where everyone has security of tenure, where displacement was relegated to the past, where you had economic growth distributed equally, that they built green and sustainable cities with proper mass transit and all these things. It is really easy to imagine a really beautiful, pro-people, pro-human rights, pro-justice future for the country. But there's just an ever-growing number of events and policies and laws, and other things that are making those who wish for a happy future quite worried.

Scott Leckie is the director of the Switzerland-based NGO Displacement Solutions and has worked on Myanmar's human rights issues for more than 25 years.

Aung San Suu Kyi's National League for Democracy party, which was banned under Myanmar's junta for decades, will have its first party congress from March 8 to 10 to set the course for 2015 elections. (07.03.2013)

The guns over a key Kachin independence army outpost, Hka Ya Bhum near Laiza in northern Myanmar, may have fallen silent but the situation remains explosive. (29.01.2013)