UN envoy Tom Andrews said people in Kayah were in desperate need of food, water and other essential supplies. He also called on the international community to put pressure on the country's ruling military junta. 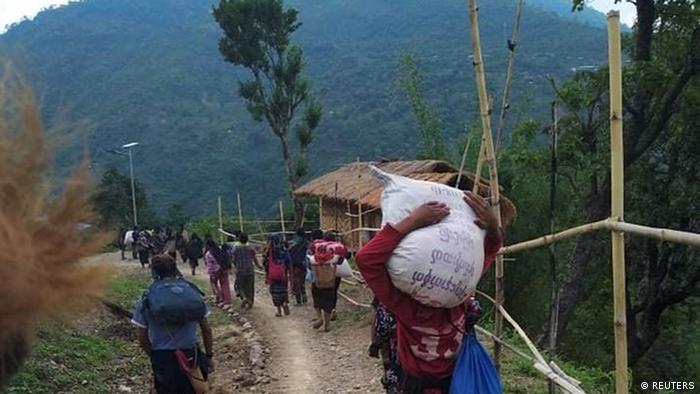 A top UN official warned Wednesday that starvation and disease in Myanmar's eastern state of Kayah could lead to "mass deaths" in the region. Fighting between rebel groups and the country's ruling military junta has displaced thousands of people in Kayah and caused a dire lack of humanitarian supplies such as food, water and medicine.

What did the UN official say?

"Mass deaths from starvation, disease and exposure could occur in Kayah state after many of the 100,000 forced to flee into forests from junta bombs are now cut off from food, water and medicine by the junta," Tom Andrews, UN Special Rapporteur on the human rights situation in Myanmar, said in a statement posted on Twitter.

Kayah has an estimated population of 350,000 to 400,000 people. Several Kayah rebel groups are fighting Myanmar's military in the area.

Andrews claims the military has set up blockades to prevent the passage of essential supplies in the region, along with laying landmines on public roads. He urged the international community to put pressure on the junta.

"Now more than ever, the international community must cut off access to the resources the junta needs to continue these brutal attacks on the people of Myanmar," he said.

Doctors without Borders ordered to stop work in Dawei

Humanitarian concerns were also raised in another part of Myanmar, after regional authorities forced international medical charity Doctors without Borders (MSF) to cease activities in the southern city of Dawei.

MSF operates an HIV care center in the city, which assists over 2,000 patients.

"Suspending MSF's activities could be life-threatening for many of our patients at a time when public services remain severely disrupted," the charity told AFP news agency.

Public hospitals across Myanmar remain closed, as doctors participate in a strike against the government. MSF has called on "all parties" to ensure "unimpeded access to healthcare."

The Red Cross recently announced it was ramping up its efforts to provide Myanmar with additional humanitarian aid.

What's the political situation in Myanmar?

Myanmar has been ruled by a military junta since February 1, when President Aung Sang Suu Kyi and other members of the governing National League for Democracy Party (NLD) were deposed in a coup. Army general Min Aung Hlaing has since become the country's de facto leader.

The coup comes after the military accused Suu Kyi and NLD of fraud during last year's general election.

Suu Kyi, who was arrested by the miiltary, will appear in court next week. The junta will present its criminal case against Suu Kyi during the legal proceedings.

Suu Kyi has been accused of breaking COVID-19 restrictions during last year's election campaign and illegally importing walkie-talkies for her bodyguards, among other charges. Suu Kyi supporters believe the charges are politically motivated.

Demonstrations have erupted across Myanmar since the coup, with the military cracking down on anti-government protesters. More than 850 protesters have been killed in the crackdown, according to human rights groups.